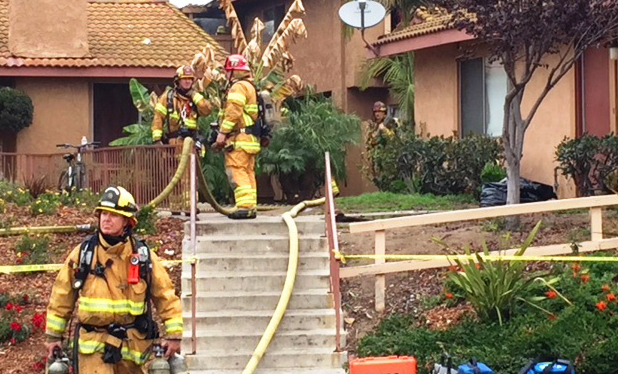 By Andrea Swayne and Allison Jarrell

The Jan. 20 La Zanja condo fire has claimed the lives of a young mother and her two sons.

Maricela Sanchez, 20, and her son, Jaiden Liborio, 3, died following the fire that left seven others injured, including Sanchez’s 2-year-old son, Iker Liborio, who had remained in critical condition until Friday. Iker Liborio died at 3:56 p.m. on Jan. 30 at Children’s Hospital at Mission in Mission Viejo, according to the Orange County Coroner’s Office.

Iker’s older brother, Jaiden, died at Children’s Hospital at Mission in Mission Viejo shortly before midnight on Jan. 20. Sanchez passed away the following night at 8:40 p.m. at the UCI Medical Center in Orange, according to an Orange County Coroner’s Office.

A total of 17 people were living in the 4-bedroom condo that caught fire the morning of Jan. 20. Three children were at school and five adults were at work when fire broke out. Investigators believe one of the children started the fire while playing with a lighter in the living room.

Sixty-five firefighters responded to the 2-alarm blaze, extinguishing it in under an hour. Officials said nine people were injured when the second-floor condo caught fire. The fire resulted in an estimated $40,000 in damages to the contents of the two condo units involved, and a total of 80 people, residing in eight units at the complex, were displaced.

The San Juan Capistrano City Council is set to discuss the implications of the fatal fire at its Feb. 3 meeting and possibly adopt a resolution proposed by Mayor Derek Reeve to support “the establishment of the Jaiden Liborio and Maricela Sanchez Act or Amendment to the California Uniform Code establishing safe occupancy level limitation in single family residences.” The council will also direct city staff to forward the resolution to state assembly and state senate representatives.

“I am asking the City Council to adopt a resolution pleading with the California State Assembly and the State Senate to introduce and support legislation requiring a more feasible limitation on housing occupancy rates in the State of California; and to name any such act in honor of San Juan Capistrano residents Jaiden Liborio and Maricela Sanchez, whose lives were tragically lost in the fire,” Reeve wrote in the agenda report.

Donations for the families impacted by the fire are being collected through a Go Fund Me campaign at: www.gofundme.com/SJC-ApartmentFire.

Make checks payable to UC Regents, and send contributions to: