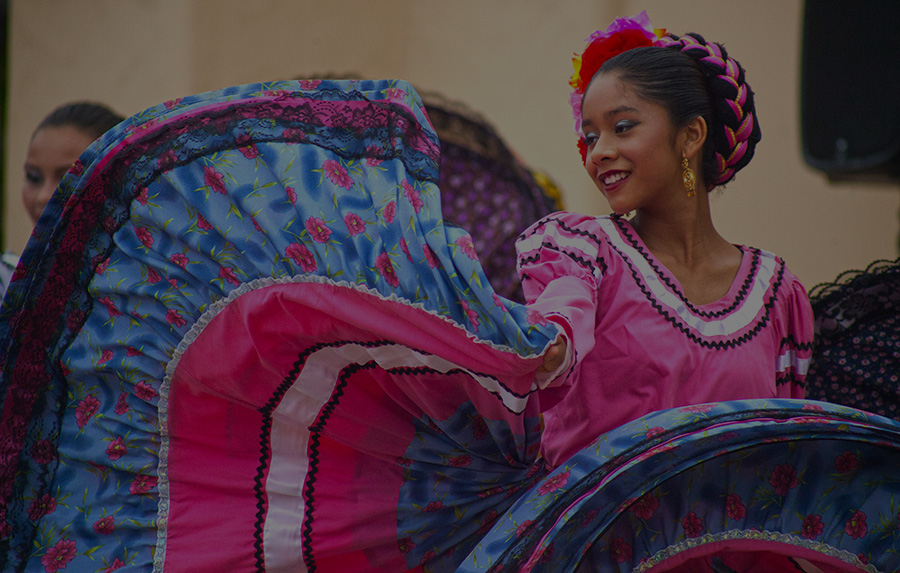 Looking back on the biggest stories of the year

2016 has been a year of political discord in San Juan Capistrano—factions could often be seen sparring in the City Council chambers over development proposals and decorum. But it was also a year of progress—the Juaneño Band of Mission Indians, Acjachemen Nation will be able to honor their ancient village of Putuidem at a future community park in the city’s Northwest Open Space, the Hotel Capistrano by Kimpton was approved by the City Council, and the city hired a consultant this year to work on a design for a proposed skate park.

So before we start moving full steam ahead into 2017, let’s take a moment to reflect on some of the highlights and biggest headlines of 2016.

The year kicked off with a controversial move by the City Council—with a 3-1-1 vote, the majority of council members voted to reconsider and rescind the previous approval of a $1.5 million design contract for the widening of a 0.9-mile stretch of Ortega Highway. The move ultimately killed the widening project and cost the city millions in funding. The decision came after years of work and funds had been allocated to widen the “choke point” from two lanes to four lanes. The Council was later asked to return $700,000 to Orange County Transportation Authority that had been earmarked for the widening.

The Council majority also approved upgrades to a 1,000-foot stretch of the San Juan Creek Trail. The trail runs along the creek and is adjacent to The Oaks development, which includes 32 homes and an equestrian facility. The improvements had been a point of contention for many months due to arguments over design and whether bicycles and horses could coexist peacefully on the trail.

On Jan. 25, the City Council voted to ban all marijuana dispensaries, manufacturers, cultivation and delivery services in town. In anticipation of Prop. 64 passing in November, the Council later voted unanimously to adopt an ordinance that would require a permit to cultivate recreational marijuana indoors in a residential area.

The city also began exploring land use options for one of its redevelopment properties—the 16.48-acre Lower Rosan Ranch. The Council considered and ultimately rejected an agreement with a Costa Mesa developer to explore the feasibility of a “unique commercial retail/lifestyle center” on the property off of Stonehill Drive, opting instead for a more transparent Request for Proposals process.

In response to a voting rights act lawsuit filed in January, the City Council voted Feb. 16 to initiate a transition from at-large to district elections. The plaintiffs—Southwest Voter Registration Education Project (SVREP) and San Juan residents Tina Auclair and Louie Camacho—claimed that San Juan’s at-large elections violated the California Voting Rights Act of 2001, resulting in vote dilution of Latino residents. The city hired a demographer who used Census data and community input to draw a map of five voting districts, which the Council approved in June. Later in June, the Council voted 3-2 to designate Districts 1 and 5 as the two to vote for a Council member this year. Districts 2, 3 and 4 will vote for a Council member in 2018.

On March 15, the City Council adopted a year-long temporary moratorium on permitting or establishing congregate living facilities—also known as sober living homes—in residential zones. The ordinance was intended to allow time for city staff to consider appropriate amendments to the city’s municipal code; however, Council members noted that much of the regulation needs to come from the state level. In December, the Planning Commission reviewed city code regarding “short-term rentals and other transitory lodging uses” and voted unanimously to recommend the Council strengthen existing prohibitions of short-term lodging in residential zones.

An Orange County Superior Court judge ruled that the City Council unlawfully repealed the approval of the San Juan Hotel & Villas project in January 2015, acting “in excess of their jurisdiction.” Judge Randall Sherman ruled that the Council’s repeal of the Urban Village development approval “was unauthorized by law because it was premised on a referendum.”

As a result of an investigation by the Fair Political Practices Commission, Planning Commission Chairman Rob Williams was fined $400 for failing to report his investment in and income from his company, Studio 6 Architects, on his Statements of Economic Interest. In May, Councilman Derek Reeve asked the Council to consider removing Williams from the Planning Commission due to his unwillingness to recuse himself from reviewing the city’s HTC Master Plan and the Hotel Capistrano. The majority of the Council voted to allow Williams to stay on and review the hotel projects.

City Council voted 4-1 to allocate $25,000 to issue a request for proposals for an initial design concept for a skate park at the city’s sports park. In July, the city hired Spohn Ranch as a design consultant for the skate park.

On May 3, the City Council approved a conceptual plan for the Northwest Open Space Community Park Project. The park will tell the story of and pay homage to the ancient village of Putuidem, where the ancestors of the Juaneño Band of Mission Indians, Acjachemen Nation once lived. The project has since been scaled back in some aspects but continues to move forward through the city’s review process.

On May 17, San Juan Elementary students, families, teachers and staff joined Principal Sylvia Pule, members of the Orange County Historical Commission and CUSD Trustees for the unveiling of the plaque naming the school an official historical site in Orange County.

A 17-year-old admitted to starting the June 15 brush fire in San Juan Capistrano that scorched 70 acres between Golden Lantern and Camino Capistrano.

The San Juan Capistrano Equestrian Coalition presented an economic impact study to the City Council that claims the equestrian community brings in more than $50 million to the city over the course of a year.

The Friends of the Library held its annual meeting on June 1 amid controversy over the group’s struggling finances, revised bylaws and altered membership. On Nov. 19, the friends held another meeting to adopt new bylaws and new board members.

The Camino Real Playhouse introduced a new summer show, “The Curse of Capistrano,” which brought a chapter of San Juan Capistrano’s literary history to life. Audiences were treated to sword fights, political intrigue and romance as they watched the legend of Zorro at the Historic Town Center Park.

The Planning Commission approved both downtown hotel proposals on July 26—the Inn at the Mission and Hotel Capistrano by Kimpton. However, both approvals were appealed to the City Council shortly after. The Hotel Capistrano received Council approval on Sept. 6. The Inn at the Mission application was withdrawn by developer Bill Griffith on Sept. 14.

Three San Juan Capistrano deputies— Leith Chacon, Juan Lopez and Anthony Franco—were honored by the City Council on July 19 for their courageous actions while under fire during a 911 call on April 27.

The city held its first rent hearing Aug. 2 for El Nido Mobile Estates. The city’s hearing officer recommended the Council reject the park owner’s proposed rent increase of $403, which the Council ended up doing on Oct. 17. The park’s attorney filed a lawsuit over the rejected rent hike on Nov. 30.

On Aug. 10, the Capistrano Unified School District Board of Trustees voted 6-1 to place an $889 million bond measure on the ballot in November in order to leverage state funds for the district’s $800 million worth of deferred maintenance.

The much anticipated La Pata extension, connecting San Juan Capistrano and San Clemente, opened to the public on Aug. 15.

U.S. Olympic Show Jumping Coach Robert Ridland was welcomed home at the RMV Riding Park in San Juan Capistrano after leading his team to a silver medal in Rio.

The San Juan Hills Golf Course and the city settled the lawsuit that the course filed in 2014 over groundwater rights. Per the settlement, the city paid $2,040,000 to the golf club, with $2 million paid by the city’s insurer. The city also sold the golf club a city-owned piece of land adjacent to the club. That decision to sell the land was criticized by the public and is now being reconsidered by the Council.

Resident Michael Cefali sued the city over its ban on “for sale” signs in parked cars, which pushed the City Council to change its policy on Oct. 18.

Ashton Sachs, 22, was convicted of shooting and killing his parents, Andra and Bradford Sachs, and attempting to murder two of his siblings in his family’s San Juan Capistrano home on Feb. 9, 2014. Sachs was sentenced on Oct. 14 to life in prison without parole.

On Sept. 20, the City Council voted to study a general plan amendment for the Vermeulen Ranch property. Some Council members also expressed an interest in the city purchasing the property.

The City Council voted 4-1 on Oct. 4 to initiate an amendment to the Los Rios Specific Plan in order to consider a proposed open-air commercial development off of Los Rios Street.

SDG&E received approval from the CPUC on Dec. 15 to expand the substation in San Juan. The City Council recently voted to request a rehearing. 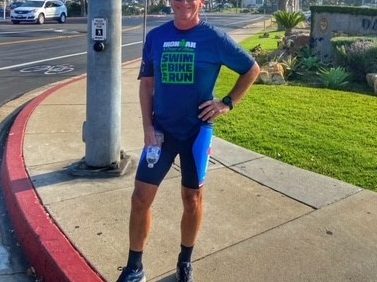 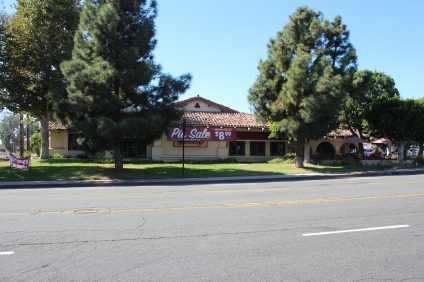 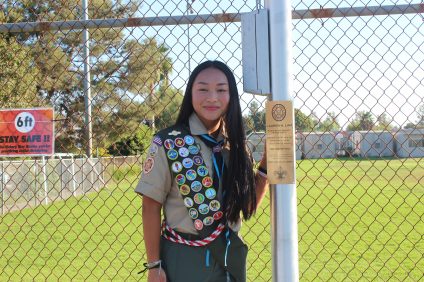