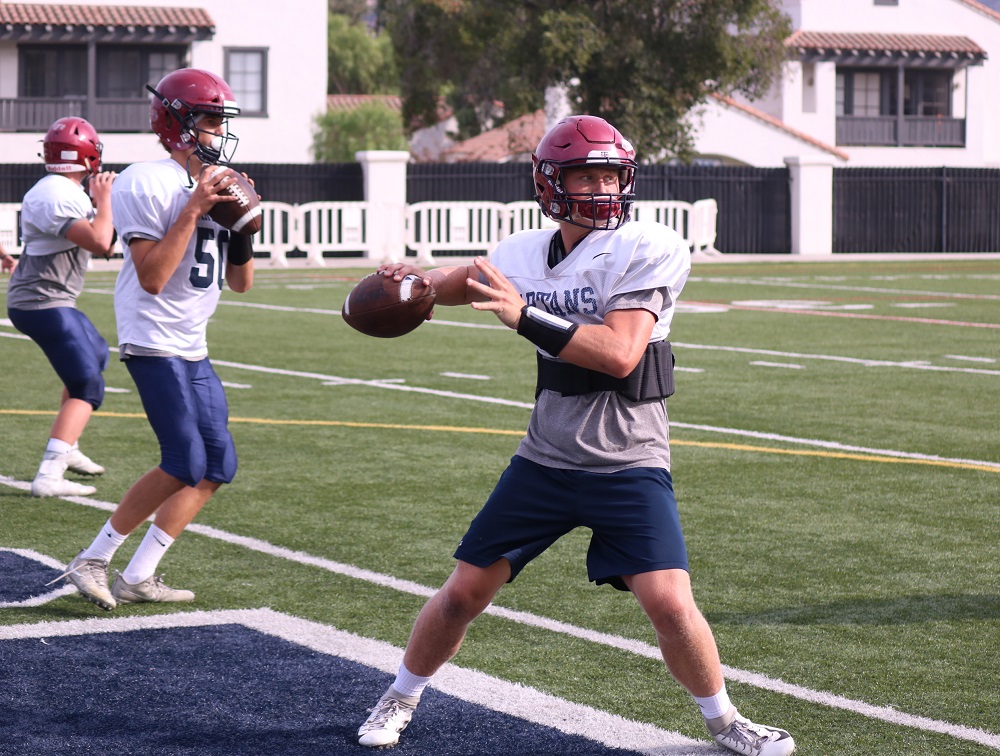 In our annual San Juan Capistrano high school football preview, we delve into everything you need to know about the upcoming St. Margaret’s season. Scroll through the PDF version above for more photos and interviews.

There’s no question that St. Margaret’s has continued to punch its way up.

After a run to the Division 7 semifinals, where the Tartans lost by three points to eventual champion El Modena, St. Margaret’s has been bumped up to Division 6.

That’s impressive enough. What’s more impressive is that the Tartans are currently ranked No. 2 in the latest CIF-SS poll. What makes that all the more astounding is, of the schools in the Division 6 top 10 rankings, St. Margaret’s is the only school with less than 2,000 enrolled students with 470 in its upper school.

St. Margaret’s has changed divisions. The Tartans have changed leagues, from the Academy League to the San Joaquin League. They’ve changed coaches too as former NFL linebacker Kory Minor enters his first season at the helm.

Despite the changes, the goal of the St. Margaret’s program remains the same: capture its first CIF-SS title since 2014.

“I think that’s definitely what the goal is,” Minor said. “That’s definitely what we’re shooting for. I think for us to get there, we have to take care of what we need to take care of. Are we blocking, are we tackling? If we’re blocking and tackling, that’s a start. From there, are we on top of our assignments? If we do those things consistently, play hard, have good luck with the injury bug, we’ll be in the mix.”

St. Margaret’s does have challenges in its nonleague schedule with CIF-SS Division 9 champion Aquinas of San Bernardino in the opener, a 7-2 St. Margaret’s win on Aug. 17, and Division 8 champion Grace Brethren on Aug. 31.

Senior quarterback James Mott returns to helm the offense, but the Tartans lost to graduation their leading rusher Marcus Knight and leading receiver, kick returner and interception returner Ryan Cragun. Mott doesn’t have his go-to guys but has developed his game in the offseason.

“Last year, people say that all he saw was Cragun,” Minor said. “I think now (Mott) has learned to scan the field because I really believe we have five, six, seven receivers that can play and can make things happen.”

Senior kicker Chris Vartanian also returns as one of the best in the county.

Minor’s forte is defense and the Tartans’ group of defenders shine in their slugfest of an opener. The defense was not scored on – Aquinas’ two points came on a safety for offensive holding in the endzone – and forced two turnovers, including a game-saving play in the fourth quarter on fourth down at the goal line.

“Seeing my linebackers fly around on Friday,” Minor said, “seeing them tackle and hit, especially in critical moments like the goal line stand was absolutely amazing. We have to build on that. When people watch film on St. Margaret’s, they’ll know those dudes are going to hit you.”

St. Margaret’s is coming together and ready to shock the Southern Section.