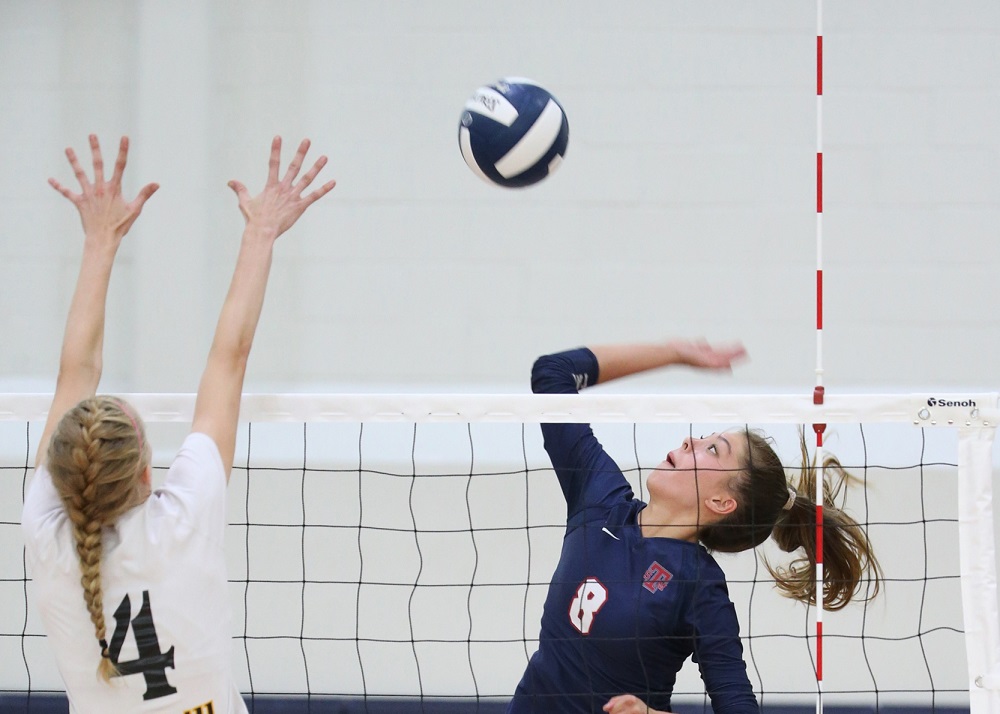 The 2018 fall high school sports season is well underway as the CIF calendar moved up across the board. In our annual season preview, we get you caught up to date on how several San Juan Capistrano high school sports programs have fared early on and their outlook for the rest of the season.

For in-game updates, scores, news and more for all of the San Juan Capistrano high school teams, follow us on Twitter @SouthOCSports.

The Stallions have flat out dominated the South Coast League.

As of press time, San Juan Hills has won 21 consecutive league matches. The Stallions won the final three league matches of 2015 en route to the first of three consecutive South Coast League titles and were a perfect 8-0 in league play in each of the last two seasons.

Early on, the Stallions (7-3, 2-0) look to be the class of the league once again with a five-set win over Aliso Niguel and a sweep of Trabuco Hills. San Juan Hills hosted El Toro on Thursday, Sept. 13, but results were not available at press time.

However, San Juan Hills will get a push from Dana Hills who jumps up to the South Coast League as Sea View League champion. San Juan Hills was ranked No. 10 in the latest CIF-SS combined Division 1 and 2 poll, and Dana Hills came in at No. 11.

San Juan Hills will continue to shoot for it all in Division 1. Last season, the Stallions fell to eventual CIF-SS champion Mater Dei in the CIF-SS quarterfinals and to eventual State Division 1 champion Santa Margarita in the Southern California Regional Final.

The Stallions are anchored by returning senior Abbey Dayton. The BYU commit leads San Juan Hills in kills so far this season, 97, with a .316 hit percentage and 43.1 kill percentage. Dayton is also tied for the team lead in digs (49), second in aces (14) and third in blocks (12).

Senior Madison Beebe is second on the team with 64 kills and has a .364 hit percentage and 49.6 kill percentage. Junior Delaney Fuller leads in aces (15) and is tied for No. 1 in digs (49). Junior Malaya Jones and sophomore Brianna Albright are tied for the team lead in blocks with 14.

Junior Casi Newman leads in assists with 160. Sophomore Jenna Johnson is second with 129.

The San Juan Hills boys water polo program has come a long way from 2015 and the early days of the program.

In 2015, the Stallions were winless, 0-8, in the Sea View League. San Juan Hills has bounced back to win back-to-back Sea View League titles and earn promotion to the South Coast League.

The seniors of the 2018 squad were freshmen for the 2015 season and have built themselves up to swing with the big boys.

San Juan Hills was ranked No. 8 in the latest CIF-SS Division 4 poll, and the Stallions are 2-2 early in the season.

The Stallions have earned their South Coast League spot, but make no mistake, it is one of the toughest leagues in the county. Reigning league champion San Clemente is No. 8 in the CIF-SS combined Division 1 and 2 poll, and Dana Hills is No. 17. San Juan Hills will also face tough El Toro and Tesoro teams.

The Lions have been established as one of the top running programs in the county and are led by elite talent at the top.

On the boys side, no star shines brighter than that of junior Anthony Grover.

Grover had a 2017 season for the ages where as a sophomore he captured Trinity League, Orange County, CIF-SS and CIF State championships and won seven of the 10 races he entered.

Grover is an adaptable runner and pushes his style as he sees fit for each race.

Despite all the individual success, Grover still has major goals including qualifying for a nationals race—he missed the Foot Locker Nationals by just one spot at West Regionals—and increased team success.

Seniors Peter Herold, Matthew Burkhardt and Luc Bragdon provide strong depth and support that help the Lions to a No. 2 ranking in the latest CIF-SS Division 4 poll.

Senior Nadia Tabrizi is the No. 1 runner for JSerra and comes off another strong season in 2017. Tabrizi set a three-mile personal record in her Trinity League title win, finished seventh at CIF-SS Finals and sixth at State.

Tabrizi opened the season with her third straight Laguna Hills Invitational grade-level race win with a time of 18:26.

Seniors Isabella Abusaid and Madison Brough and junior Mary Cameron help provide support as JSerra looks to get back to CIF championship form.

After a first-round exit in last year’s CIF-SS Division 5 playoffs, the Tartans are looking to bounce back and make noise in the Division 4 playoffs.

St. Margaret’s is ranked No. 1 in the latest CIF-SS Division 4 poll, and its play through a tough schedule backs up the ranking.

The Tartans are 7-4 and captured the Division 2 title of the Dave Mohs Tournament earlier this month. Senior Gracyn Benck and junior Emerson Flornes starred for St. Margaret’s in the tournament final.

Benck, Lillian Thomas and Juliette Duran are the three seniors on a junior-heavy St. Margaret’s squad, nine juniors in all out of 15 on the roster.

If any other team is going to succeed in CIF-SS Division 5, they are going to have to run around or through St. Margaret’s.

The Tartans open 2018 ranked as the No. 1 boys and girls teams in the Division 5 polls.

On the girls side, St. Margaret’s is looking to take one extra step toward a CIF-SS title. The Tartans earned a runner-up plaque last season and finished fourth at State.

No. 2 runner junior Charlotte Jones returns, and the Tartans will be bolstered by freshman Amelia Kang.

On the boys side, St. Margaret’s finished fourth at CIF-SS and qualified for State, but the Tartans can push further.

St. Margaret’s loses its No. 1 runner to graduation, so returning No. 2 Robbie Graham and No. 3 Matt Colglazier step up as seniors to fill the spots ahead. Graham opened 2018 with a personal record at the Cool Breeze Invitational, and Colglazier was just off his personal-best pace.

The Eagles, back-to-back Express League champions, advanced to the CIF-SS Division 8 championship match a season ago, tied the match at one set a piece and fell in four sets.

CVC (10-7, 0-1) is slightly behind its torrid pace from last season, but the Eagles are still on track.

League play for the Eagles will be more difficult in the past as it joins San Juan Capistrano rivals Saddleback Valley Christian and St. Margaret’s as well as Academy League champion Sage Hill.