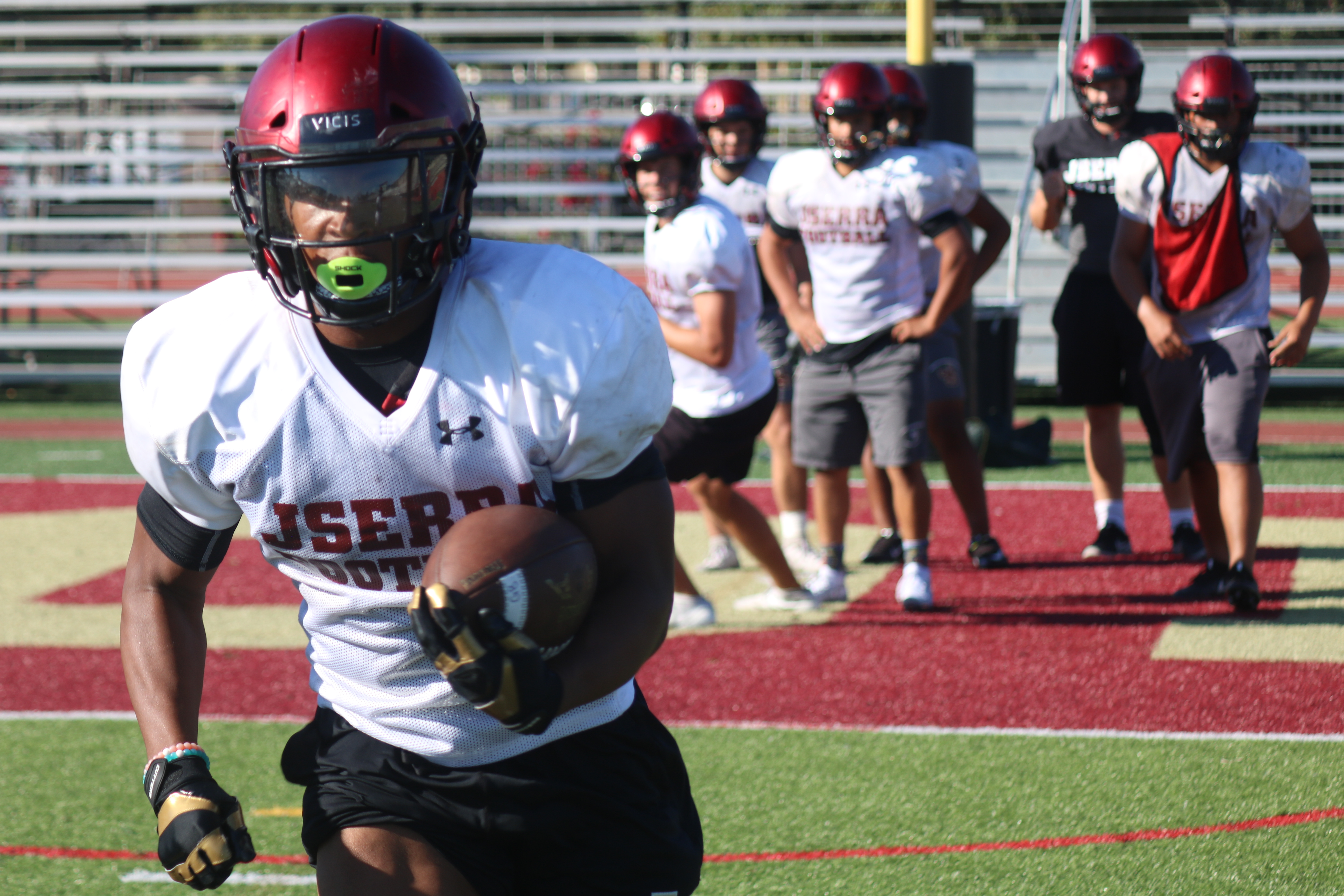 Hobert does it all for San Juan Hills. Hobert, the reigning Sea View League MVP, will run the ball, catch passes, operate a “wildcat” package, return kicks, punt and kick field goals for the Stallions. A Washington State commit, Hobert will have the spotlight on him every single week.

Street might be the most dynamic running back in Orange County. He’s strong, quick and explosive and can get the ball in a variety of ways. He will be a workhorse back for the Lions, but the Cal commit will also catch passes out of the backfield and in the slot.

Kenner returns to the St. Margaret’s offense as its top threat in passing game. Kenner led the team in each receiving category with 37 receptions for 536 yards and six TDs a year ago. Kenner stands out at 6-foot-3 and said he worked on his route-running, as well as speed and agility in the offseason.

Despite a small roster, Capistrano Valley Christian’s strength is its line play, with Sears right in the middle of it. Sears is the center for the Eagles and one of four returning starters on the line. CVC will run a lot, as Sears and Co. have the strength to open things up.

Spry is the leader and captain for Saddleback Valley Christian. The Warriors will get the senior the ball as much as they can. SVC coach Brendan Chambers said Spry is his team’s X-factor, runs hard and catches everything in his area. Spry will also take snaps in the defensive secondary.

San Juan Hills coach Rob Frith calls Johnson the heart and soul of the Stallions’ defense with his energy and enthusiasm. Johnson wrapped up 57 tackles last season, including 15 for loss and 3 ½ sacks. Johnson is a leader for the aggressive San Juan Hills front seven.

Suliafu is a disruptive force on the front lines for JSerra. Last season, Suliafu grabbed 43 tackles and racked up five sacks. Suliafu said his defensive mentality is that “you’ve got to be a real dog to be in the front seven.” Suliafu possess strength and tons of grit.

You can’t miss Juergens on the field for St. Margaret’s. At 6-foot-6, 260 pounds, Juergens is a beast on both sides of the ball for the Tartans, protecting and attacking the quarterback. Juergens committed to USC in the offseason, and he has embraced his role as a senior leader.

Marton is the featured athlete on the Capistrano Valley Christian roster. He is one of the Eagles’ “three-way players,” with impacts on defense, offense and special teams. Marton worked on his speed and hands in the offseason, and the senior can make a real push for college offers this season.

Brazney is one of several players on the Saddleback Valley Christian defense stepping up for a larger role. He will play inside linebacker for the Warriors after playing mostly on the offensive line last season. Brazney will help lead a young SVC group trying to learn the game and succeed.