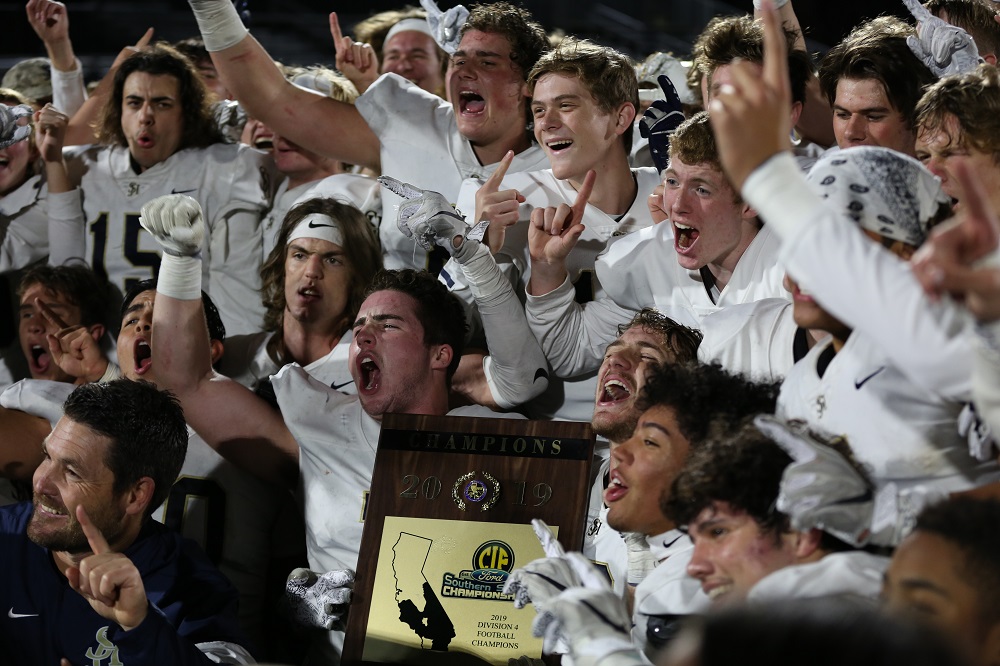 Here is a look back at some of the best San Juan Capistrano sports moments of 2019:

The JSerra girls soccer team fought its way back to the top of the USA Today national rankings at the start of the year. The Lions were 10-0 at the time of the ranking and went unbeaten on the season with a 22-0-3 record.

The Capistrano Valley Christian boys basketball team captured its first CIF-SS championship with a 43-33 win over Palm Springs in the Division 3A title game at Azusa Pacific University. The Eagles were strong defensively and aggressive in the paint in the win.

The JSerra girls soccer team defeated Los Alamitos, 3-0, to claim its third consecutive CIF-SS Division 1 championship at Warren High School in Downey. It was the final game in the legendary high school career of Isabella D’Aquila, who scored the third goal.

The JSerra hockey team dominated Santa Margarita in all five games of the season, including a 2-1 overtime win on March 3 in the CAHA state championship to qualify for the USA Hockey Nationals, as well as a 2-0 win and in the Anaheim Ducks High School League championship on March 9.

The San Juan Hills boys tennis team upset the top two seeds en route to earning the CIF-SS Division 3 championship. The Stallions beat No. 1 seed Orange Lutheran in the quarterfinals and No. 2 seed Mater Dei in the final.

Then-JSerra senior, now-Santa Clara freshman Isabella D’Aquila was named the 2018-19 USA Today National Girls Soccer Player of the Year. D’Aquila scored 33 goals and added 13 assists as a senior and was also named CIF-SS Division 1 player of the year for a third time.

JSerra alumnus and 2017 No. 1 overall pick Royce Lewis played in the MLB All-Star Futures game ahead of the2019 MLB All-Star Game in Cleveland. Lewis, the Minnesota Twins’ No. 1 prospect, went 1-for-2 with a single in the annual game between top prospects in MLB farm systems.

The Capo Classics senior basketball organization was honored at the San Juan Capistrano City Council for a golden summer of championships. The Capo Classics 85+ USA-CAL team won its fifth national-age group title in June, and two 65+ members won a world title with Team USA in Finland in August.