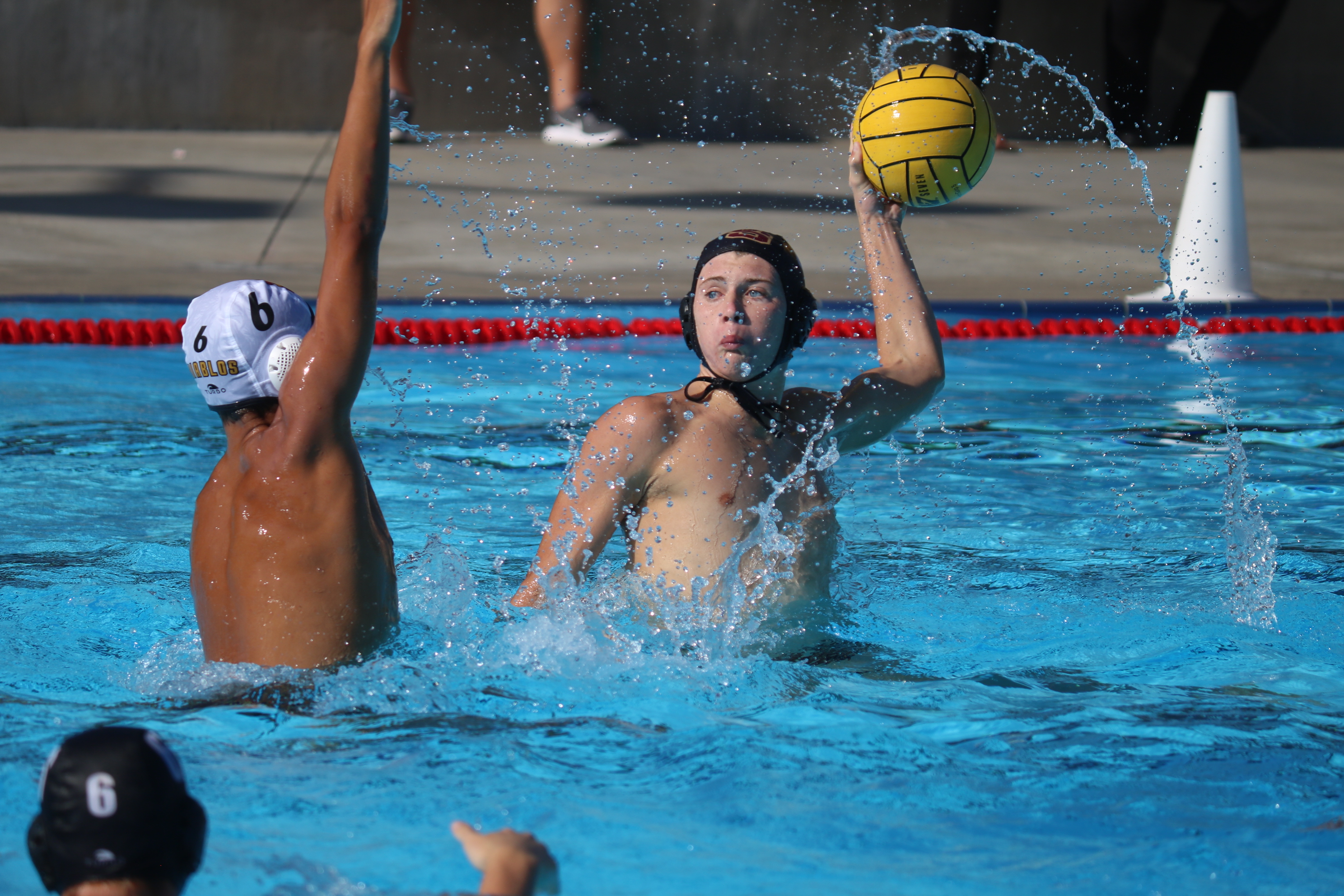 The 2019 fall high school sports season is underway, with every team returning to action as of last week. In our annual season preview, we get you caught up on how a selection of San Juan Capistrano teams have fared early on and their outlook for the rest of the season.

San Juan Hills is coming off its fourth straight league championship and has won 27 consecutive league matches. The most recent three South Coast League titles have been undefeated 8-0 runs, which means that San Juan Hills coach Jessica Papell, in her third season, and this year’s crop of seniors have never dropped a league contest.

“The girls talk about it,” Papell said. “I try and keep them focused on one point at a time, one set at time. It’s a difficult task to not drop a league match in one of the toughest leagues in Southern California. It’s extraordinary. It’s hard work and a bit of luck.”

With that mark for the senior class, Papell and the Stallions decided not to name a specific set of team captains this year, and instead, San Juan Hills is leaning on its group of six seniors, four of whom are starters.

The senior starters are setter Casi Newman and outside hitters Delaney Fuller, Andie Stone and Grace Colburn. Newman is a four-year varsity player, and Fuller is a three-year varsity player. Stone transferred to San Juan Hills last season from Texas, and Colburn transferred in this season after online school and playing club volleyball.

Kylee Rogers and Marissa Cooper are the other two seniors for San Juan Hills.

Early on, the Stallions are 13-4 on the season, with strong runs in the California Challenge and Dave Mohs Tournament. Papell is impressed with how the team has played together.

“In my time at San Juan Hills, this team has the best chemistry and relationships that we’ve had,” Papell said. “The cohesiveness, the ability to communicate without issues.”

While the Stallions, ranked No. 10 in the latest CIF-SS Division 1 & 2 poll, have claimed league success, the next step is a deeper CIF playoff run.

In this stretch of league titles, San Juan Hills’ deepest run was in 2017, with a trip to the CIF-SS Division 1 quarterfinals followed by a CIF State Division 1 semifinal appearance.

The problem for the Stallions is the elite competition they face in Division 1. In both 2017 instances, they lost to the eventual champions, both from the Trinity League in Mater Dei and Santa Margarita. Last season, San Juan Hills lost in the second round to No. 2 seed Redondo Union.

Papell and the Stallions know the challenge they face but are confident in their abilities.

San Juan Hills opens its defense of its South Coast League title on Sept. 17 at home against Trabuco Hills. The Stallions also host Capistrano Valley on Sept. 24, Dana Hills on Sept. 26 and El Toro on Oct. 8.

By most measures, the San Juan Hills water polo program has been quite good under head coach Ivan Buich.

After taking over in 2015, the Stallions won back-to-back Sea View League championships in 2016 and 2017, and San Juan Hills is ranked No. 4 in CIF-SS Division 4 this season after being ranked highly in the division for most of last season.

However, the Stallions’ roadblock last season was the South Coast League. San Juan Hills went winless in its first season in the “upper” half of the Coast View Conference, which kept the Stallions out of the Division 4 playoffs despite their ranking and a 9-8 nonleague record.

This season, San Juan Hills has its eyes set on breaking into that South Coast League top three and earning its playoff shot.

The Stallions are already on the right track with a 6-0 record and a title at the Segerstrom Tournament. In the Segerstrom final, San Juan Hills toppled Temple City in overtime, with six goals by senior Max Miller, including the overtime winner.

Miller was far and away the Stallions’ leader on offense last season with 113 goals in 25 games. Miller has 24 goals in six games this season with 14 assists, both team highs.

Senior Noah Johnson is the man in the cage for San Juan Hills, with 38 saves this season.

However, Ormsby, a 2004 Olympian for the United States and coach of the USA men’s youth national water polo team, has quickly turned things in a positive direction for JSerra with a 5-0 start and a No. 6 ranking in CIF-SS Division 4.

“It was a program that was populated with a lot of players who wanted to play three months a year,” Ormsby said, “and enjoyed the sport but weren’t real serious about it. We came in, and we’re going to go 12 months a year and train and get stronger. There’s a natural progression that happens when people that want that are attracted there, and people that don’t want that decide it’s not for them.

“The guys that are here want to be here, and that’s why we’re seeing a lot of positive growth.”

It is a very young group for Ormsby, with no seniors and only three juniors on the roster, but the Lions have bought in. JSerra rolls all its young players through and is getting results.

Jack Helfer is starting in the cage as a freshman goalkeeper.

“We’re fortunate in that we don’t have a superstar,” Ormsby said. “It’s great for team spirit and team chemistry. From game to game, we’re going to have different guys step up.”

Ormsby isn’t ready to say the team is competing against the top of the Trinity League quite yet, but he has the Lions focused on being process-oriented, getting better and competing.

JSerra opens the Trinity League against Santa Margarita on Oct. 3.

The St. Margaret’s girls volleyball team has an experienced group ready to break through and reclaim titles for the program.

“We have a lot of senior leadership on this team,” St. Margaret’s coach Joaquin Acosta said. “I thought we had a chance to be pretty good and do what we did last year. If things start gelling, I think we can be even better than last year. We’re playing a little bit faster, and it’s been working so far.”

Last season, the Tartans finished two games behind Sage Hill for the San Joaquin League title and advanced to the CIF-SS Division 4 quarterfinals.

This year, the Tartans (14-4) and Sage Hill (0-10) look to be headed in different directions to open the season, and St. Margaret’s moves up to Division 3, where the Tartans are currently ranked No. 5.

St. Margaret’s is led by its seniors, including starters Emmy Flornes, Jalyn Chung, Mary Collier, Kyla Cruse and Avery Clarke. The Tartans are starting a freshman at libero with Makena Lim, but Acosta is confident his senior group can lead the way.

“We have a mature group that understands what we want to accomplish,” Acosta said. “I think that’s what gives us an edge this year.”

The 2018 season was as successful as it gets for the St. Margaret’s cross country program.

Both the boys and girls teams won CIF-SS championships in Division 5, with Jackson Adelman taking the boys individual title. The boys went on to win the state title, as Adelman ran as the individual runner-up.

The girls were also strong at the state, but their runner-up result gives that group motivation going into 2019.

“I don’t know if I need to do anything for them,” St. Margaret’s coach Patrick Bendzick said of motivating the girls. “Missing the state title by six points is usually enough to keep that fire burning. I think they saw an opportunity slip through their fingers. They were very happy for the boys, but they really wanted to win both titles last year. They want this one pretty bad.”

The St. Margaret’s girls, ranked No. 1 in CIF-SS Division 5, have plenty of depth, as they return five of their top seven from last year and add a standout freshman.

Freshman Liesel Blau finished second at the Cool Breeze Invitational on Sept. 6 to pace a winning effort for the Tartans. Juniors Madeleine Arundale, Clair Mullen and Katherine Collier all had strong runs in the top 21.

The Tartans boys, ranked No. 3 in Division 5, take a small step back with graduation losses, but they keep Adelman, who will again pace the team. Adelman has matured as a runner going into his junior season, and that could mean trouble for the rest of the state.

“He’s more poised,” Bendzick said. “He understands more of what’s around him. You’ll see more methodical moves out of him this year.”

Junior Calvin Capelle will help up front for the Tartans.