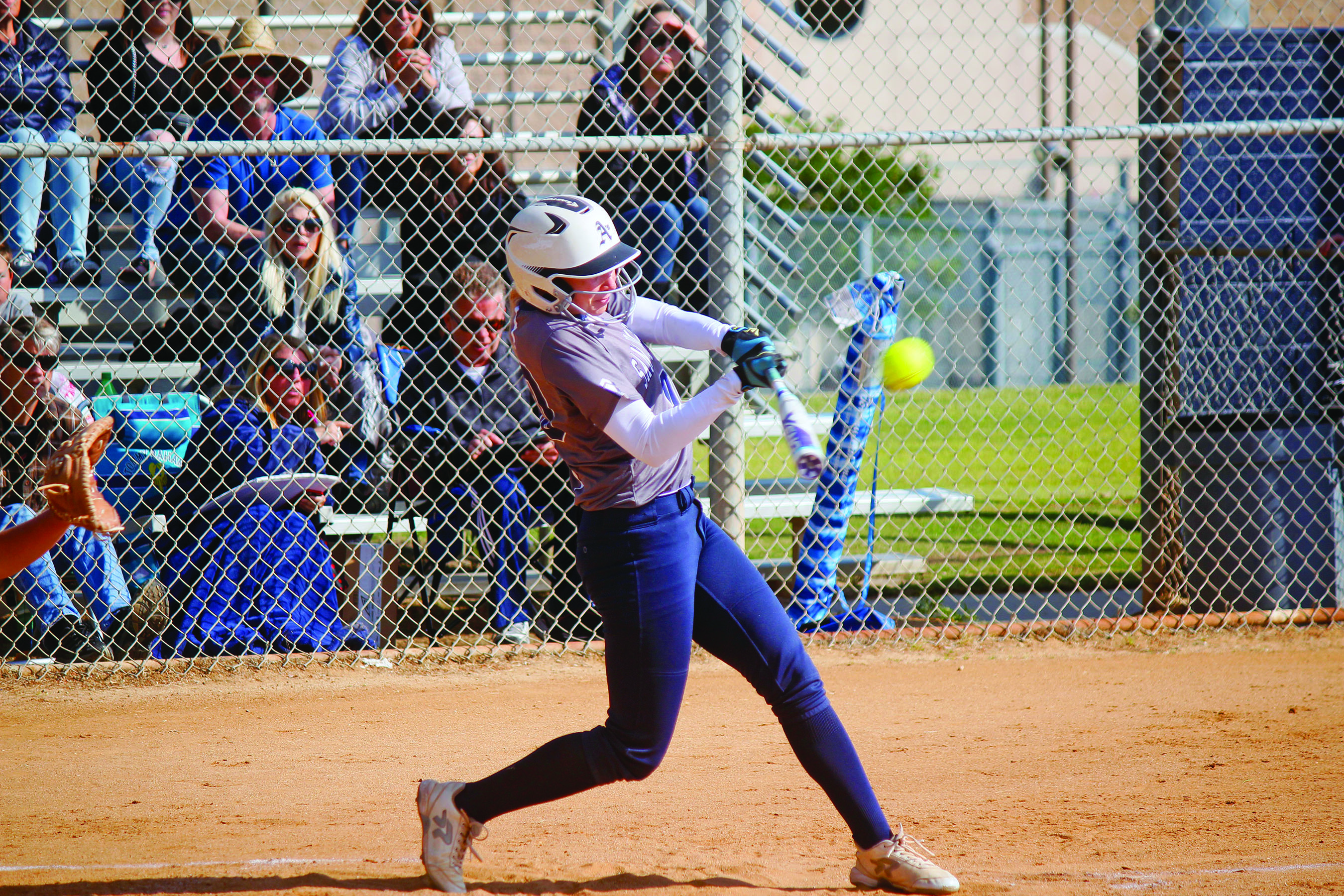 Spring has sprung earlier than usual in the world of high school sports.

Not only was the CIF calendar bumped up across the board this school year, but baseball and softball got an even earlier jump on their seasons. Both were allowed to play their first games on Feb. 9, which was two weeks earlier than last year’s first pitches. The earlier start makes sure any potential CIF-SS championships will finish before the school year ends, but it has also run both sports into winter storms.

Tennis opened Feb. 11; track and field, swimming and volleyball opened Feb. 16; and the lacrosse and golf teams will open their seasons on Feb. 23.

Spring is a busy season on the fields and courts and in the pool, so let’s check in on where some of the spring sports teams stand at the five San Juan Capistrano high schools as the season opens.

For in-game updates, scores, news and more for all of the San Juan Capistrano spring sports programs, follow us on Twitter @SouthOCSports

The Stallions were led by an all-senior infield last season and lost their top four hits and RBI leaders to graduation. However, three of their top four run-scoring leaders and their No. 1 pitcher return this season.

In the circle, Phoebe Popplewell was the Stallions’ go-to hurler. The Ottawa University-bound right-hander posted an 18-8 record last season in 28 appearances with a 3.25 ERA. Popplewell has already earned a win this season in the Stallions’ opener over Troy, 6-2, on Feb. 16.

Gonzalez, who signed with Iowa State, led the Stallions in runs last season with 26. Gonzalez hit .441 with 26 hits and seven RBI.

Parkhurst, who was a key to San Juan Hills’ girls basketball league title this year, was third on the team in runs last season with 20. Parkhurst hit .274 with 20 hits and 11 RBI.

The Stallions also have a new coach in Kevin Holguin.

San Juan Hills is 3-0 on the season as of press time. The Stallions play a series of road games at Capistrano Valley, Rosary, JSerra and Trabuco Hills before opening the Torrance National Tournament on March 13.

The Stallions split the season series with league champion Trabuco Hills, but San Juan Hills finished one game behind after a one-goal loss to third-place Aliso Niguel.

The Stallions won a Sea View League title in 2016 and have been a perennial league contender since coach Michael Welter took over in 2014. San Juan Hills has steadily progressed since winning a total of five games in the program’s first seven seasons.

The Stallions will have to reload offensively this year after the graduation of  four of their top five goal scorers, all 20-goal scorers or better.

The majority of the scoring load will fall on junior Lucy Hodge. As a sophomore, Hodge was second on the team in goals with 34 and in points with 42. Hodge was also fourth in ground balls with 29 and in draw wins with 28. She is also the leading returner in both categories.

Seniors Nicole Strauch, Sydney Shields and Casey Tindall are also expected to be key contributors for the team this season.

Kimora Farry will take over the reins in net. As a sophomore, Farry took on minutes in three games with 7.8 goals allowed per game.

The JSerra softball team is looking to finally turn the corner.

Unlike the baseball team, JSerra’s softball team hasn’t generated the participation numbers to field a JV or freshman team.

Enter Katie Stith, who was named the eighth coach in 15 seasons for the Lions program in December. Stith was a four-year player at the University of Nevada and most recently has been a coach at the prestigious Orange County Batbusters club softball team. Stith took the Batbusters 14U and 16U teams to the USSSA Elite Select World Fast Pitch Championship games in her first season with both teams.

In the shadow of the success of other Trinity League softball programs such as Orange Lutheran and Mater Dei and JSerra’s baseball team, Stith has a vision to bring JSerra to the same competitive level of those programs.

Stith’s tenure got off on the right foot as JSerra defeated Dana Hills, 7-2, in its season opener on Feb. 20.

Caudill earned the win in the circle with no runs allowed on three hits while striking out five in five innings.

JSerra has been one of the few Orange County baseball teams to be relatively unaffected by the rain. The Lions have even helped other teams out.

With their all-artificial-turf field, including mound and basepaths, JSerra and coach Brett Kay don’t have to deal with the same maintenance issues that teams with grass and dirt fields do when a storm rolls in. So the Lions have been able to practice without fear of damaging the field, and Kay has welcomed other teams to play games at JSerra.

It all seems to have worked out for the Lions in a 4-0 start to the season in the Newport Elks Tournament.

The strong start to the season was imperative for JSerra as it deals with injuries to six of its nine pitchers, including two of its three starters.

“I like us a lot, but we’re really going to have to piecemeal the first month of the season,” Kay said. “Some big important innings are out right now.”

Luckily for JSerra, the offense has found its early footing. JSerra is averaging seven runs per game over its first four games.

The expected offensive leaders have been the guys at the top so far in seniors Michael Curialle, Nino Vultaggio and Blake Klassen, plus sophomore Cody Schrier.

Curialle is a big-time shortstop prospect who has a college commitment to UCLA, but like former JSerra shortstop Royce Lewis, Curialle continues to attract MLB interest.

“He’s got the arm strength and athleticism,” Kay said. “Looking forward for him and Blake to be one of those guys in the middle of the lineup and really have a special go at it. Michael is dynamic. He’s going to play some center this season as well. He’s going to be in the thick of it.”

Curialle has three RBI with two doubles and a triple this season.

Vultaggio has led the way with four RBI and a home run. Klassen has three RBI and a double. Schrier, coming off an MVP performance at the 15U World Cup, will also be a big factor going forward.

JSerra will take on Mater Dei in the Newport Elks Tournament Final on Feb. 22. In nonleague play, JSerra will travel to Hoover High School in Alabama for some out-of-state competition from Feb. 27 to March 2 before playing at Huntington Beach on March 5.

The Lions open Trinity League play at St. John Bosco for the first of a three-game series on March 12.

There was absolutely no doubt that last season’s St. Margaret’s girls lacrosse team was the best in Orange County and CIF-SS from the start of the season to the end. It was the Tartans’ first CIF-SS championship since 2008.

The Tartans lost just once in an out-of-area competition to one of the best in the nation and blew through all challengers, including Mater Dei for the county title, 14-9, and Redondo Union for the section title, 17-6.

St. Margaret’s averaged 15 goals scored per game and allowed only six per game last season, and with only four seniors graduating, the Tartans will be primed to do it again.

Among those four seniors, St. Margaret’s lost its No. 2 goal-scorer, draws leader and starting goaltender, but when you’re the Tartans, there’s always more lacrosse talent.

Maddie Barkate was the leading scorer for the Tartans with 62 goals and 95 points and returns for her senior season.

Campbell Case scored 51 goals as a sophomore with a team-high 37 assists as the No. 2 point-scorer with 88.

In goal, Olivia Young saw time in seven games as a freshman, usually when the Tartans were up big. Young allowed 12 goals in her seven appearances.

In the St. Margaret’s boys lacrosse team’s two biggest games of the season, it learned overtime giveth and overtime taketh away.

St. Margaret’s dominated most of its competition last year and found the edge over the top teams it faced. The Tartans scored 12 goals per game and allowed nearly seven goals per game.

St. Margaret’s does lose some top-end talent, but as it is with both Tartan lacrosse programs and boys coach Glen Miles, the holes will be filled.

Senior Kevin Groeninger returns as the go-to attackman for the Tartans.

Senior midfielder Koa Todd, who signed with Utah for lacrosse and was an All-CIF football player in the fall, returns as a key component for the Tartans.

Senior faceoff specialist Stuart Pollard, who signed with Holy Cross, also returns as the kick-starter for the St. Margaret’s offense.

The Saddleback Valley Christian boys volleyball program has had quite the rise in Coach Ryan Van Rensselaer’s tenure.

Last season, the Warriors advanced to the CIF-SS title game for the fifth time in the past six seasons with trips up and down the CIF-SS divisional structure. SVC won Division 5 titles in 2013 and 2014 and Division 4 titles in 2015 and 2016 before being bumped up to Division 1 in 2017.

A freshman-heavy group lost in the first round in 2017, but a 2018 team with only one senior fought all the way to the Division 2 championship game.

Now a team with loads of experience along with talented youth by its side is ready to get back to the summit.

SVC has four seniors in its ranks this season: captains George Dyer and Cadeny McGauley, Cole Reinecke and Logan Griffith.

Sophomore Gabe Dyer is the leader of the underclassmen and was a high-impact player as a freshman last season.

The Warriors opened the season at the Tesoro Tournament and have started with a 3-1 record. SVC swept Northwood, 2-0, and beat both Los Alamitos and Capistrano Valley in three sets.

Senior pitcher Logan Hall died unexpectedly early in the season, and the Eagles rallied together to compile an 11-1 league record and win the San Joaquin League championship.

From that team, CVC graduated its top two RBI producers and its top hitter, but the Eagles also played with plenty of underclassmen who are ready to take their own turn in the spotlight.

Senior Robert Wood is the top returning hitter for CVC. Wood hit .371 and was the team leader in runs scored with 33. Wood racked up 18 RBI on 26 hits, including nine doubles.

On the mound, CVC will need to replace its top two in wins from last season.

In nine appearances, Randall earned two wins with a 0.43 ERA and 25 strikeouts over 16.1 innings pitched.

As a junior, Jacob Juarez made six appearances, picking up two wins while compiling a 2.50 ERA and 20 strikeouts over 14 innings.

CVC is 2-2 on the season with wins over La Serna and Fullerton in the Newport Elks Tournament. The Eagles open league against St. Margaret’s with a single game on Feb. 23 and a doubleheader on March 8.