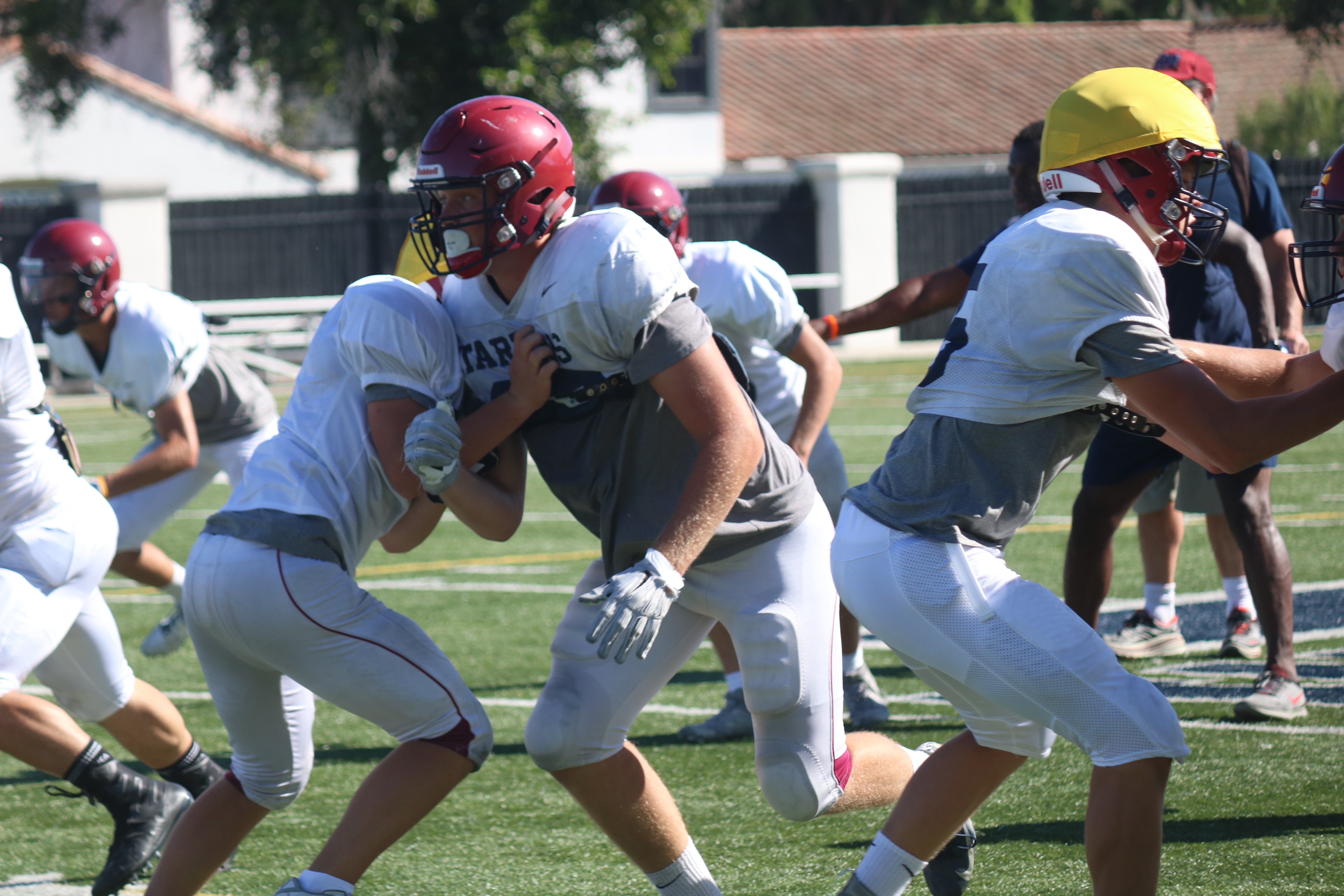 St. Margaret’s is one of the most well-oiled machines in Orange County football.

St. Margaret’s has won 15 league championships in the past 16 seasons, the only blemish being the year the Academy League dissolved and the Tartans had to freelance for a season. St. Margaret’s has also won at least one playoff game in each of those 16 seasons.

The San Joaquin League welcomes some new faces, but none that can knock off the Tartans.

So, as always, St. Margaret’s goal remains at its highest: win its first CIF-SS championship since 2014. Despite some big graduated names, the Tartans are as talented as ever to make that push. 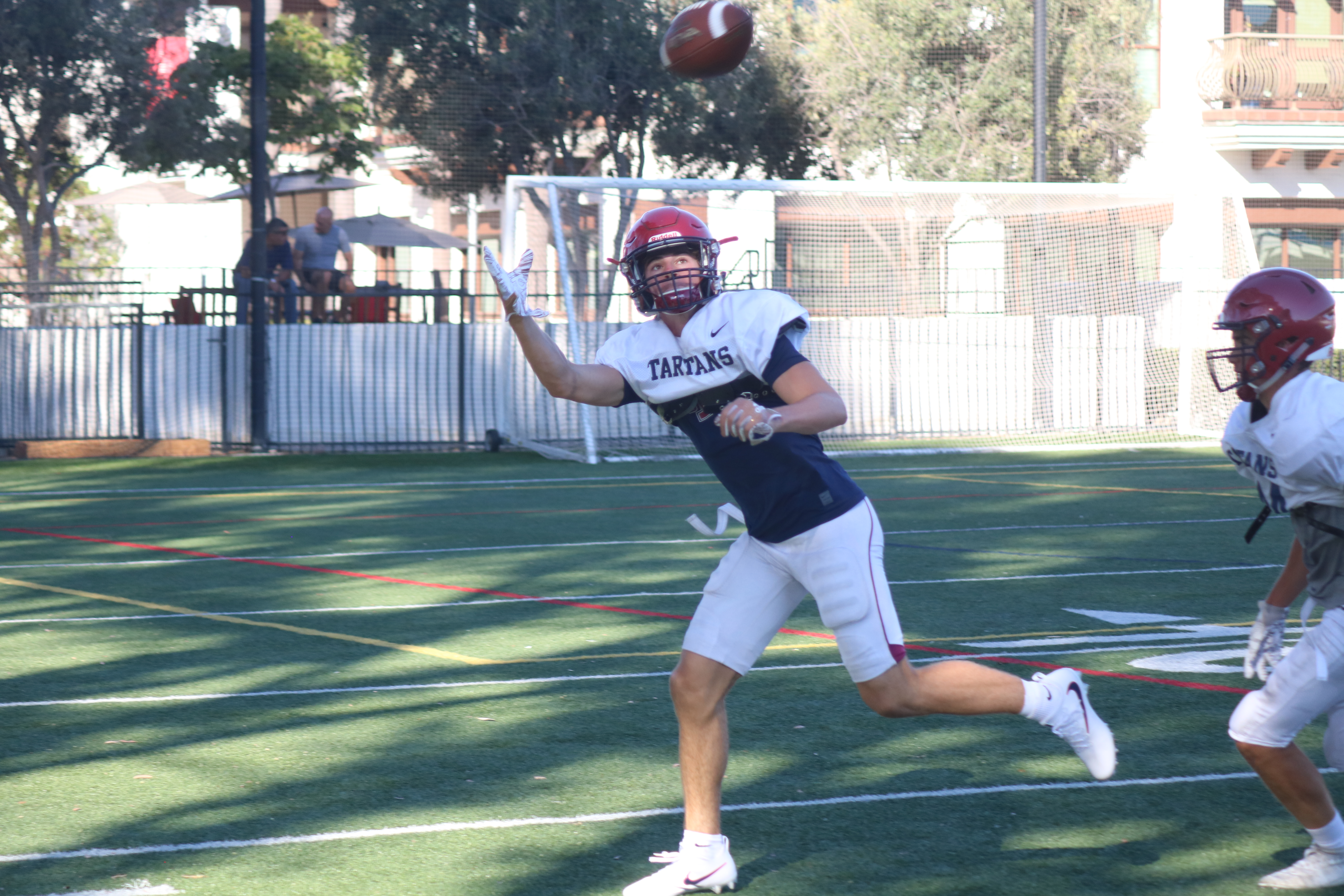 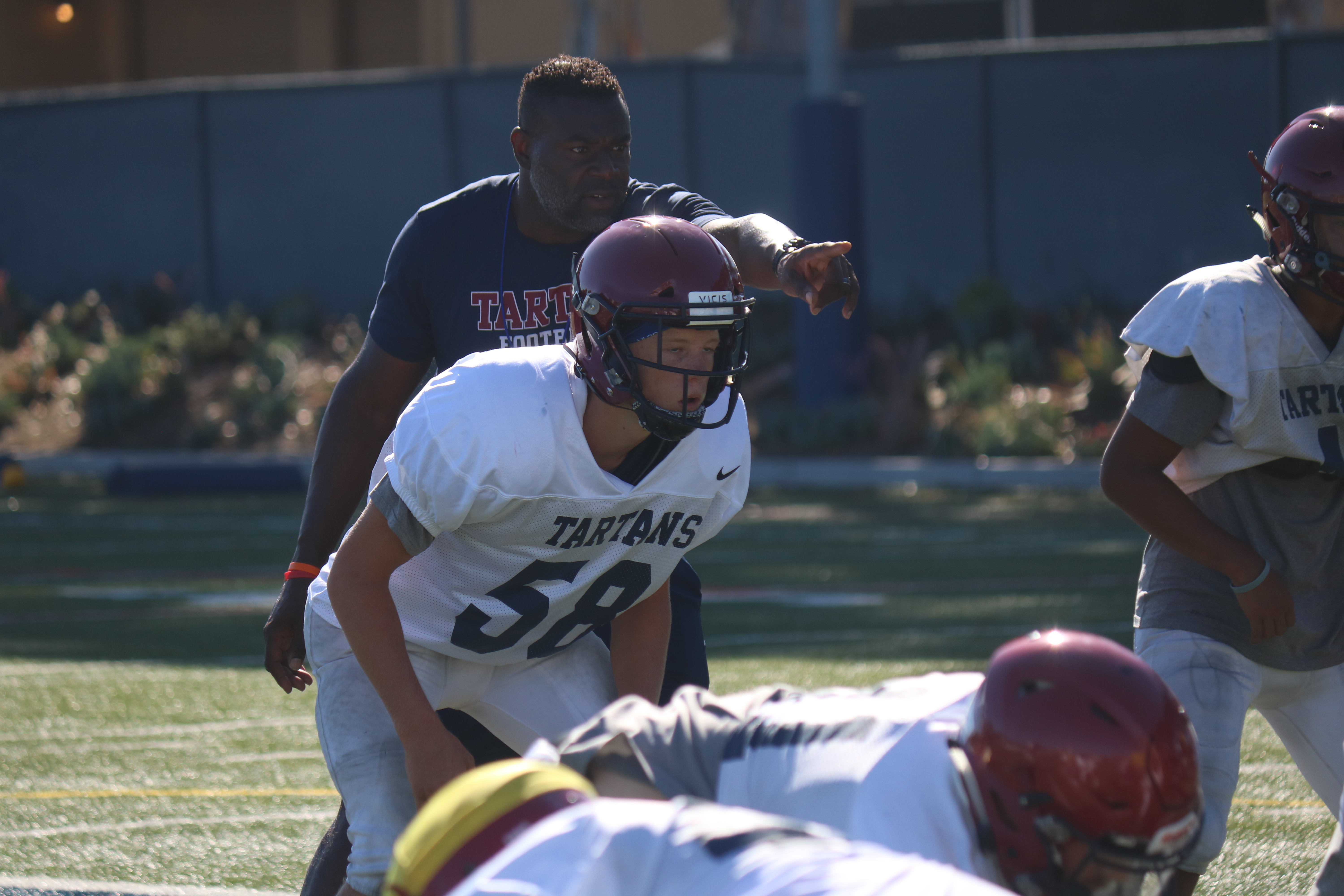 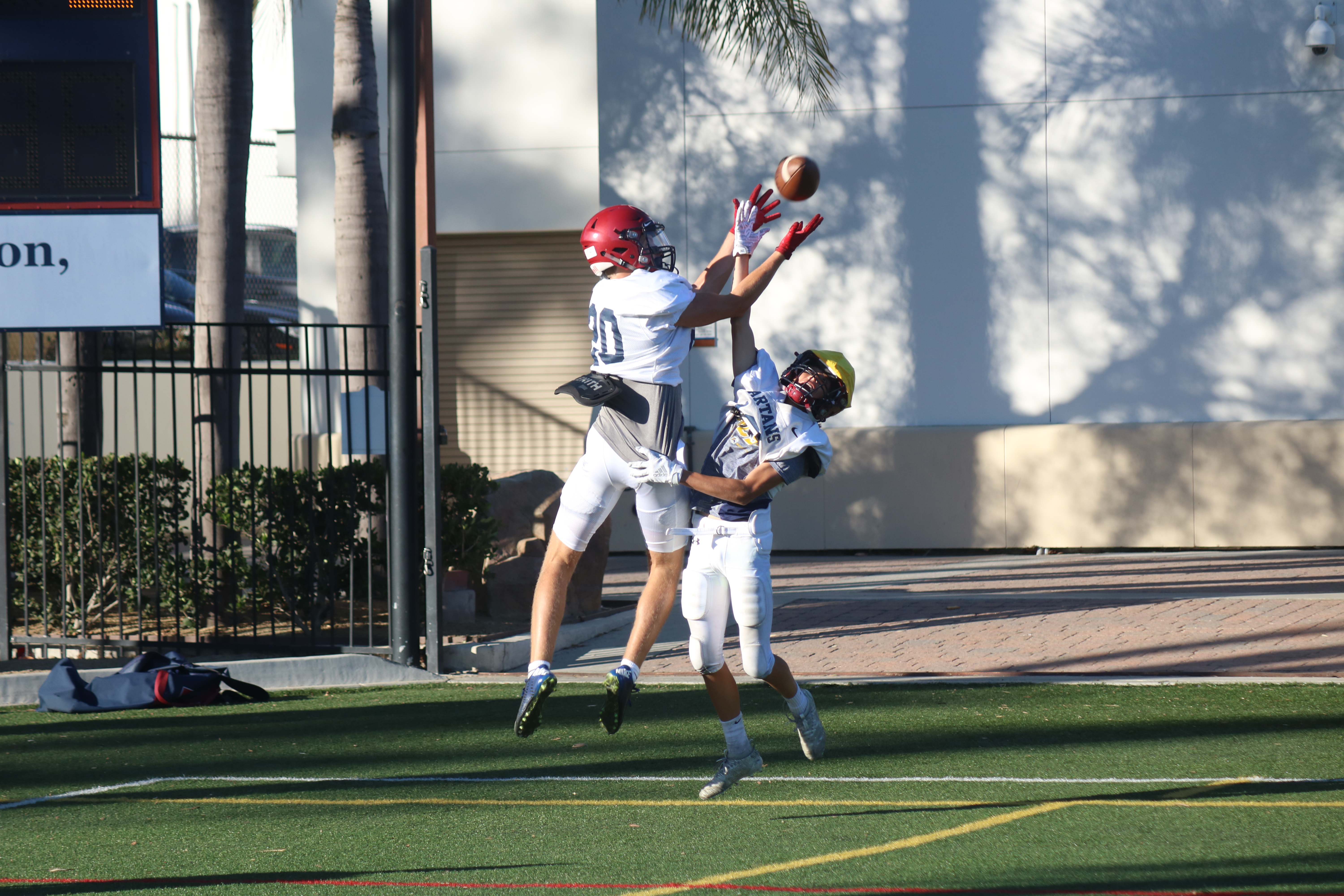 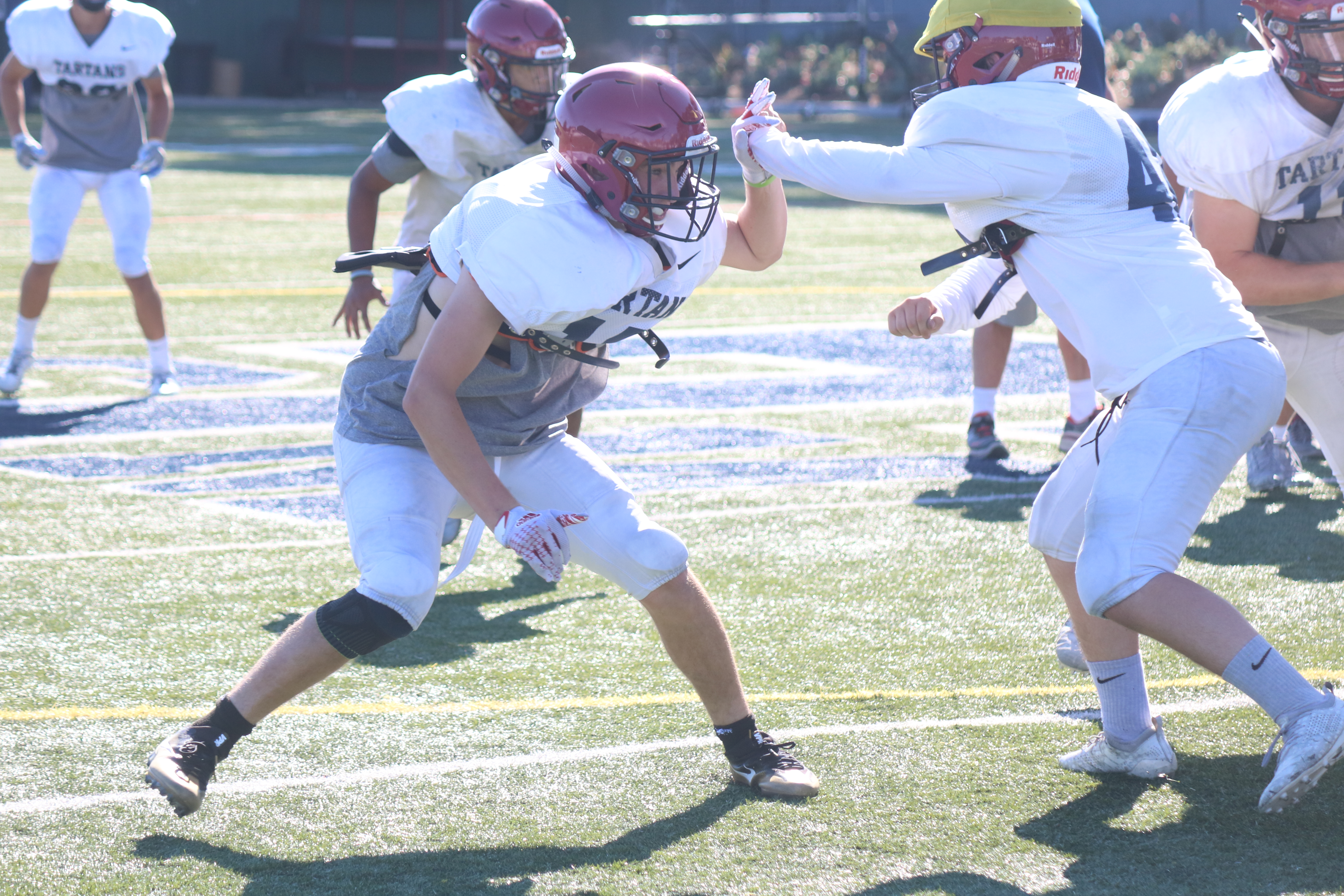 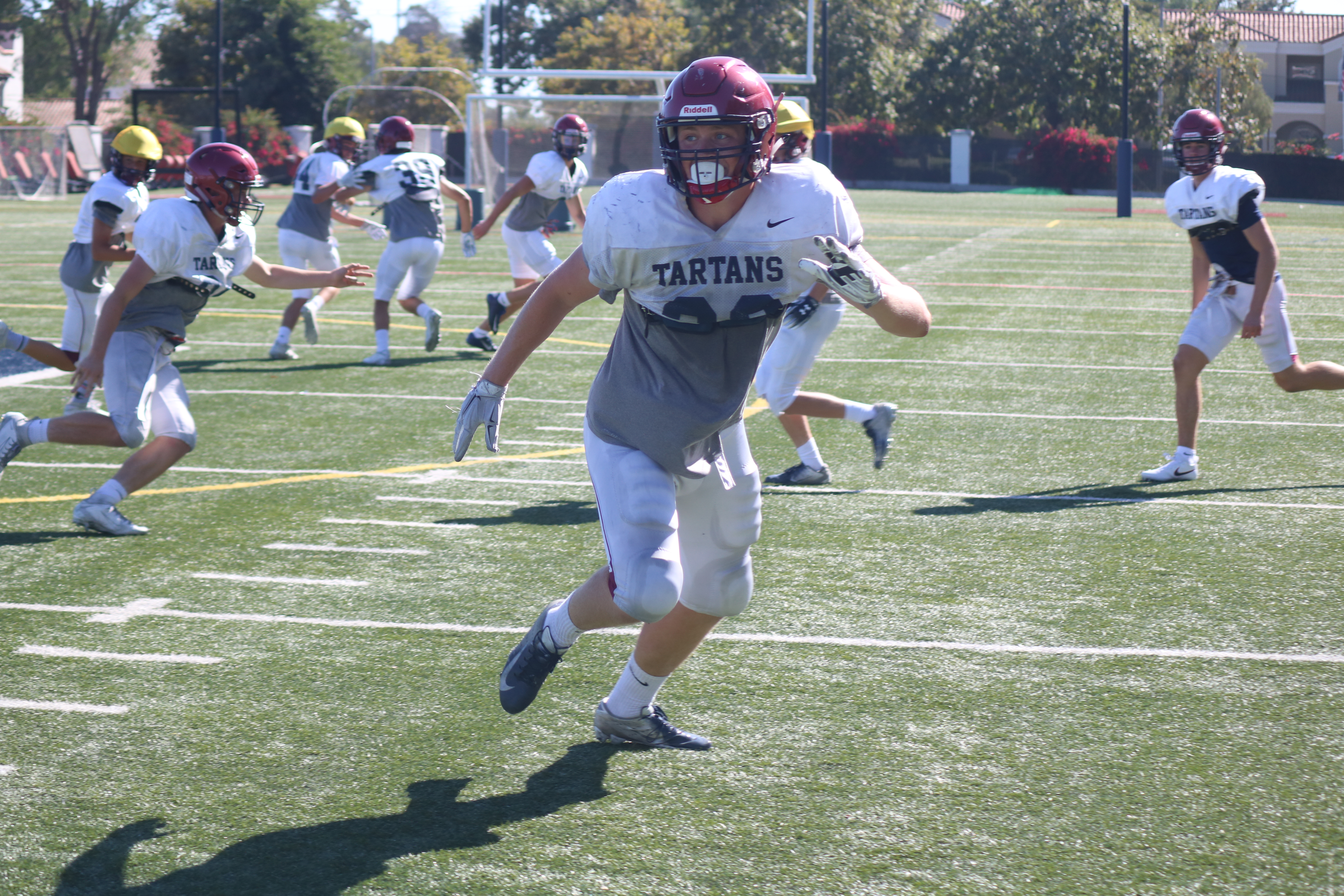 Second-year head coach Kory Minor’s emphasis to his group this season is to be unselfish. Minor believes that will be the way for the Tartans to push their way back into title contention.

“That’s when the accolades come,” Minor said. “They don’t come when you’re all about me, me, me. They come when you give yourself up for the team, and prosperity happens.”

While the skill names will be mentioned, the strength of St. Margaret’s is in the trenches with the linemen, and it needs to be, as the Tartans have again settled in nicely with the large public schools in CIF-SS Division 6. The Tartans open the season at No. 10 in the division rankings.

Minor believes in the old adage that the linemen are any team’s most important group.

“When are they not?” Minor said. “Quarterback can’t stand up, running back can’t run, linebackers can’t scrape across if the lines aren’t doing their job. The linemen are our biggest group as far as core, as far as experience and knowledge.”

The standout on the St. Margaret’s line is senior Kyle Juergens. The 6-foot-6, 260-pound USC commit will play on both sides of the ball for the Tartans, and Minor has pushed him to learn how to dominate the game.

“We are definitely the most talented team I’ve been on here,” Juergens said. “We had good teams, but before, we had weak links. Now, we are all strong links.”

On offense, Juergens will protect the blind side of whomever wins the St. Margaret’s quarterback battle between Jake Carreon, a senior transfer from San Juan Hills, and sophomore Jake Black.

“There are two guys there that are viable,” Minor said. “Whoever gets that nod is going to help us, for sure. We’re definitely stocked with weapons across the board.”

Leading receiver Will Kenner returns as a senior, and sophomore Cooper Barkate is expected to have a larger impact.

Defensively, Juergens leads the front while the Tartans will replace a majority of their leading tacklers. Barkate will also play a prominent role on defense.

St. Margaret’s will then accelerate through league and into the CIF-SS playoffs.