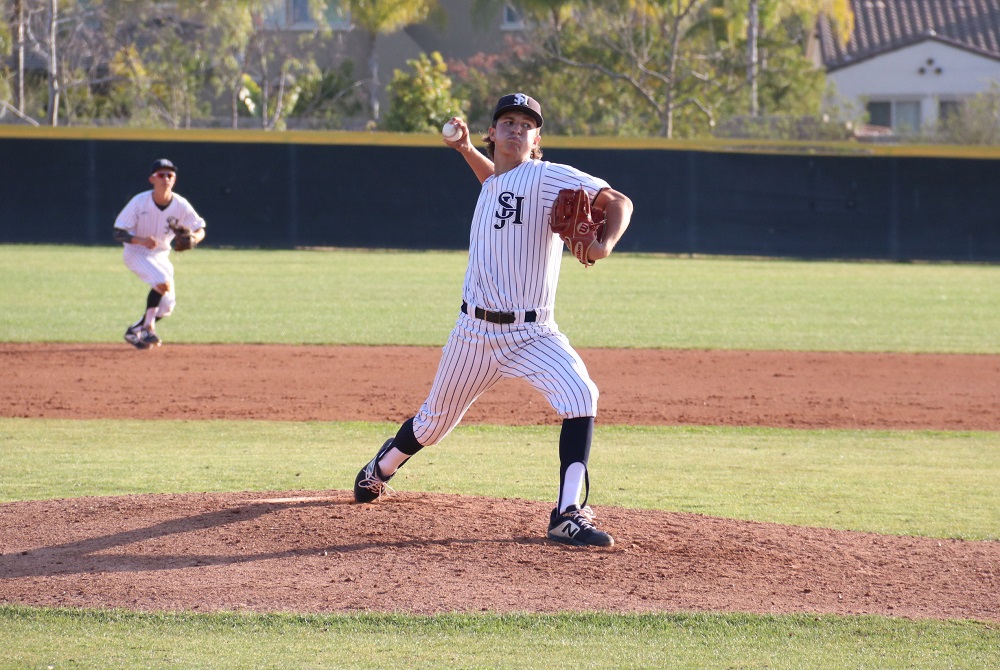 The busiest portion of the CIF-SS sports calendar is upon us as the spring sports season kicks off across Southern California.

It’s especially busy here in San Juan Capistrano, as the city’s high schools compete in the 11 sports that the spring season offers. From baseball to softball, lacrosse to track and much more, many San Juan Capistrano teams can expect some level of success.

Let’s check in and see how several San Juan Capistrano high school teams will fare in 2020:

Last season for the San Juan Hills baseball team was the most successful in school history.

For the first time in the 12-year history of the Stallions baseball program, San Juan Hills won a playoff game. The Stallions actually won two, defeating Northwood in a Division 3 wild-card game and winning on the road against Marina in the first round.

It was a big first in the Stallions’ second year under coach Bret LeVier, and San Juan Hills is ready for more this season.

Playoff success will be tougher as the Stallions move up to Division 1, but San Juan Hills is stronger in a competitive Sea View League field. The Stallions have never finished better than 7-5 or in second place in league play, but this could be the season San Juan Hills breaks through.

San Juan Hills’ strength begins with its deep pitching staff led by senior right-hander Ethan Pope. Before the start of his junior season, Pope broke his left hand, which left him out of the batting order and allowed him to focus on pitching. Pope posted a 1.93 ERA with 55 strikeouts over 65 1/3 innings, all top team marks.

This season, Pope will slide back into the batting order and start at third base when he’s not pitching.

LeVier said he has up to 11 throwing arms that he’s comfortable putting on the mound to be competitive. Pope and senior Isaiah Matthews are the go-to starters. Seniors Ryan Forbes and Matt Payne, juniors Mitchell Farner and Josh McGonigle and sophomore Luke Kovalevski are all solid options out of the bullpen.

In the field, the Stallions are led by a pair of three-year starting juniors in shortstop William Gleed and catcher Jake Curtis. Gleed committed to UC Irvine over the offseason and was second on the team in hits and runs scored last season. Curtis is a strong defensive catcher and was fifth on the team in hits last season, including a team-high six doubles.

San Juan Hills was 4-2 on the season as of press time, with two wins over Brea Olinda and victories against Dana Hills and El Modena.

Lacrosse had been a CIF-SS sponsored sport for several years, but with team membership not high enough, the local U.S. Lacrosse chapters in Orange and Los Angeles counties organized playoffs, with the county champions meeting for the “Southern Section” title.

San Juan Hills was placed into Division 2 and opens the season at No. 7 in the first-ever CIF-SS preseason divisional poll.

The Stallions also have a new coach. Tim Reynolds, father of Dylan and Brayden, takes over as head coach. Reynolds had previously been a head coach at El Toro before joining San Juan Hills as an assistant last season.

San Juan Hills opens league on March 24 at home against Laguna Hills and plays at Dana Hills on March 31. The Stallions host league champion Aliso Niguel on April 18 and finish the season at home against Capistrano Valley on April 29.

The JSerra baseball team had a strong 2019 season, but the victories didn’t necessarily come where they wanted them the most.

The Lions had an undefeated run through the Boras Classic tournament, and won what some have called the “de facto” state championship game against the Boras Classic North champion Archbishop Mitty. However, JSerra came up short in the Trinity League, five games behind league champion Orange Lutheran, and lost in the Division 1 first round at Mira Costa.

Going into 2020, the Lions graduated some seniors who were certainly vital to their success in UCLA’s Michael Curialle, Arizona’s Blake Klassen and Chapman’s Ryan Farmer. As always, though, JSerra does what JSerra does, and the Lions have plenty of talent to step up in their place.

The most notable returner is junior shortstop Cody Schrier. In November, Schrier was named the 2018 World Baseball Softball Confederation International Baseball Player of the Year for his performance as MVP of the U-15 Baseball World Cup in 2018. (These awards are given every two years.)

In stats listed on MaxPreps, Schrier, a UCLA commit, was second on the JSerra team in RBI as a sophomore and also second in home runs and runs scored.

Early in the season, JSerra has been riding the strength of its pitching staff. The Lions have thrown three shutouts in their 6-0 start to the year and are ranked No. 4 in the CIF-SS Division 1 preseason poll.

Junior Gage Jump is a leading returning pitcher for JSerra. Jump has been making impacts with the Lions since his freshman season. In his latest start on Wednesday, Feb. 6, Jump struck out seven batters in three innings as JSerra defeated Palm Desert in the Newport Elks Tournament, 3-2.

JSerra again participates in and hosts the Boras Classic beginning on April 14 before taking on Orange Lutheran, ranked No. 3 in Division 1, on April 21. The Lions host the Lancers on April 22.

The JSerra softball program is back on its feet and running in the right direction under head coach Katie Stith.

In the Lions’ first year under Stith, JSerra didn’t make the playoffs, but it was the most successful season for the Lions in quite some time. JSerra went 12-12 to post its first season of at least .500 since 2007, topping its combined win total from the previous two seasons (11) and posting their highest win total since 2007 (11 in 2013).

All numbers are in the positive as JSerra moves forward.

Another strong offensive returner is Sarah Shaw, who recorded 15 RBI with 21 hits and seven doubles. This season, Shaw hit two home runs and drove in six runs against Dana Hills on Feb. 18.

Hollie Farmer was second on the team last season with 27 hits, driving in 13 runs with six triples.

Taylor Caudill is the leading returner in the circle for the Lions. Caudill posted a 1.41 ERA in 15 appearances, with 84 strikeouts over 69 1/3 innings.

JSerra is 3-1 on the season and opens up the Best of the West Tournament on Saturday, Feb. 29. The Lions open Trinity League play against Santa Margarita at home on March 17. JSerra hosts league champion Orange Lutheran on April 24 and Mater Dei on April 28.

The Tartans begin their first full CIF-SS participation season as the No. 4 team in Division 1, looking to defend the final U.S. Lacrosse Orange County and Southern Section championships from last season.

St. Margaret’s will also have a new leader on the sidelines after the retirement of legendary coach Glen Miles and the hiring of new coach Brian Kelly. Miles coached the Tartans for seven seasons, amassing a record of 108-39, four county titles and three Southern Section titles.

Kelly was hired last June, but initially in a different capacity. Kelly was hired as the new St. Margaret’s girls lacrosse coach a month before Miles announced his retirement. Kelly then moved over to the boys side.

Last year’s Tartans were loaded with talented seniors, but as much as things change with the St. Margaret’s program, one thing that stays the same is the talent level.

Like their male counterparts, the St. Margaret’s girls lacrosse team also experienced significant changes at the top and on the roster since last season.

The Tartans open at No. 6 in the Division 1 preseason poll with a new head coach as they attempt to defend their U.S. Lacrosse Orange County and Southern Section championships.

Holly Reilly stepped down after six seasons with an 84-22 record and county and section titles in 2018 and 2019. Reilly was then replaced by Brian Kelly last June, but when boys coach Glen Miles retired, Kelly moved over to that position.

After all of the shuffling, the Tartans will be led by new head coach Mollie Stevens. Stevens was most recently the offensive coordinator at Fresno State and was a star for the University of Florida from 2014-17.

The Tartan girls also lost a collection of senior leaders, but the girls still have plenty of returning talent in the ranks to be as formidable as ever.

Senior Campbell Case scored 31 goals with 13 assists in just 12 games last season as part of the Tartans’ offensive juggernaut. Sophomore Grace Karstetter returns as well after 26 goals and 16 assists in her freshman campaign.

The Warriors were certainly led by seniors last season, but even after that graduating class, SVC will be powered by returning younger players who will be back again next season.

In last season’s Division 2 title game, the Warriors were led in kills by then-freshman, now-sophomore Andrew Sheveland. Now-junior Gabe Dyer contributed 10 kills and was tied for the team lead in assists with Cade Martin, also a returning junior.

The Warriors benefited from the CIF-SS divisional system last season by being slated as the No. 17 team in the combined Division 1 and 2 poll to earn the No. 1 seed in the Division 2 playoffs on their way to the title. SVC could work its way into the Division 1 playoffs and be slated for a much harder road.

SVC is 4-1 on the early season, with Tesoro Tournament wins over Canyon and Godinez and two wins over Woodbridge in the same tournament.