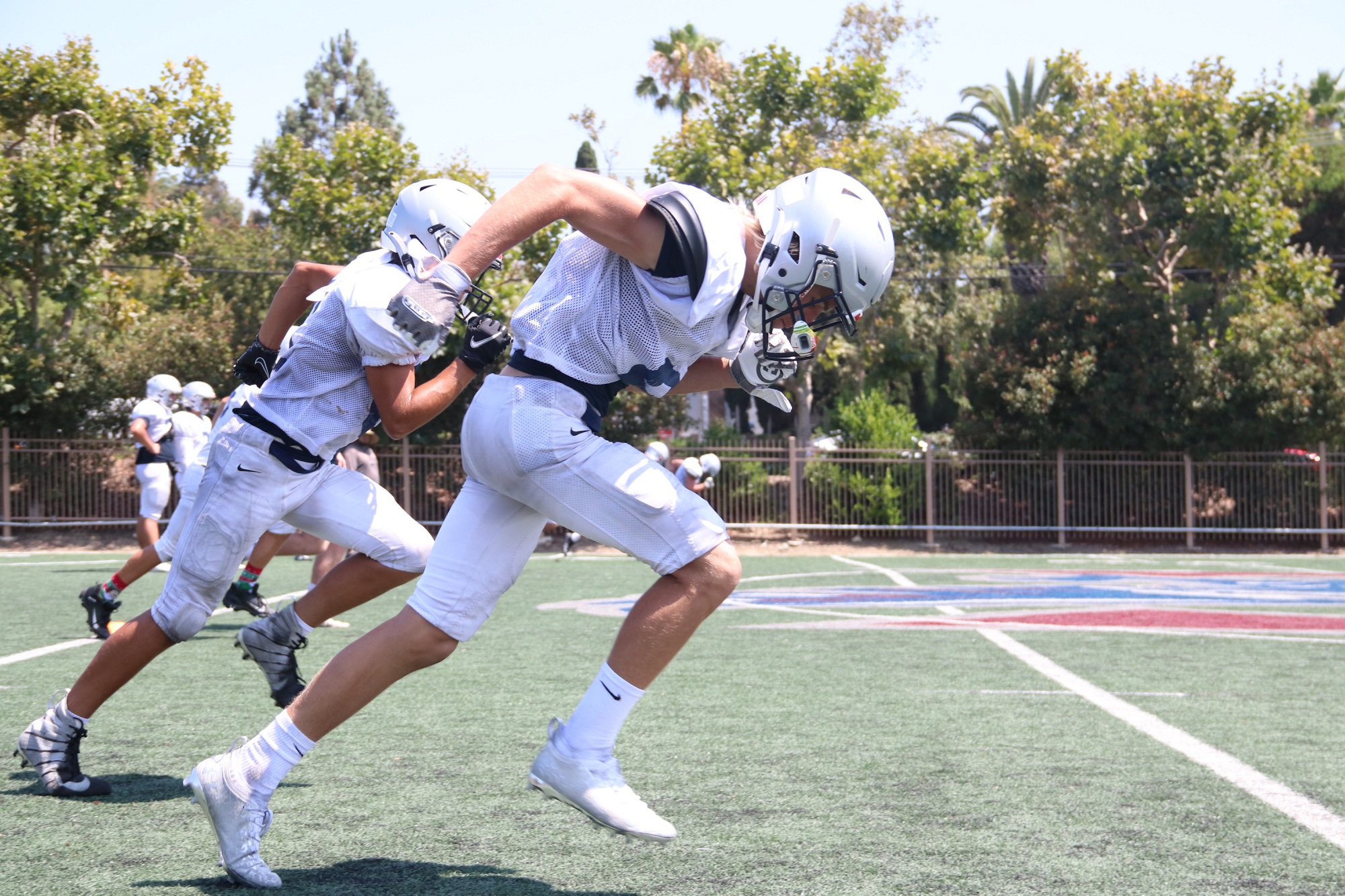 It’s been a quick build for Capistrano Valley Christian football coach Eric Preszler over what’s been an eventful 16 months on the job.

As Preszler began his second stint as the head coach of the Eagles in April 2020, the CVC program had only seven football players returning from its 2019 San Joaquin League championship squad. Roster size is always going to be a concern for a school the size of Capistrano Valley Christian, but seven players isn’t even enough to suit up on one side of the ball.

CVC’s team was going to be a continual work-in-progress, even if there had been a fall season last year, but the circumstances of delays due to the pandemic actually gave Preszler and his staff something very valuable: time.

“In some ways, this whole unique situation we were in, it allowed us something we wouldn’t have in a normal year. It allowed us to practice football from, really, July to January,” Preszler said. “We practiced and got to the point where we understand fundamentals, understand the concepts. Again, we had seven guys, so there’s a lot of new bodies, a lot of teaching, and we really got to slow it down and teach football.”

In January, after the CIF-SS delayed the season a second time and many were wondering if there’d be a season at all, Preszler and the Eagles jumped the gun and pushed back on restrictions. Capistrano Valley Christian and Calvary Chapel of Santa Ana played a football game, which was reportedly more of a glorified scrimmage with adjusted rules. CIF-SS investigated the contest, and no punishments were doled out. However, that was the only football CVC played in the spring.

The Eagles did not hold a spring season because, with all their athletes splitting time across all of their other sports, Preszler and the department didn’t feel it was in the students’ best interests to spread them so thin.

But the fall has arrived, and there is a regular season for Capistrano Valley Christian to put all those months of learning and practicing to work.

The Eagles will obviously be a young team, with 13 freshmen and three or four who will get considerable snaps. One of those freshmen is starting quarterback Nate Richie, who Preszler says is the best-kept secret in Orange County.

CVC will be led by the heart of one of those seven returners from April 2020, and that’s senior Kayden Manrique. The safety and running back took on a leadership role over the last year and helped instill a work ethic that will benefit the Eagles.

Junior receiver Hayden Carlson will also be relied on at the skill positions. Carlson is one of the top CVC baseball players who has come over to play football.

CVC will be bolstered in the trenches by junior lineman Jack Leetzow and senior Bence Duka, who is a 6-foot-7, 235-pound basketball player giving football a shot.

After the pandemic, Capistrano Valley Christian and St. Margaret’s were the only teams left standing in the San Joaquin League, with teams dropping to eight-man football or dropping their programs entirely. The Eagles and Tartans will both be freelancing this year, which means they’ll need to rack up wins for the CIF-SS’ power rankings-based playoff system.