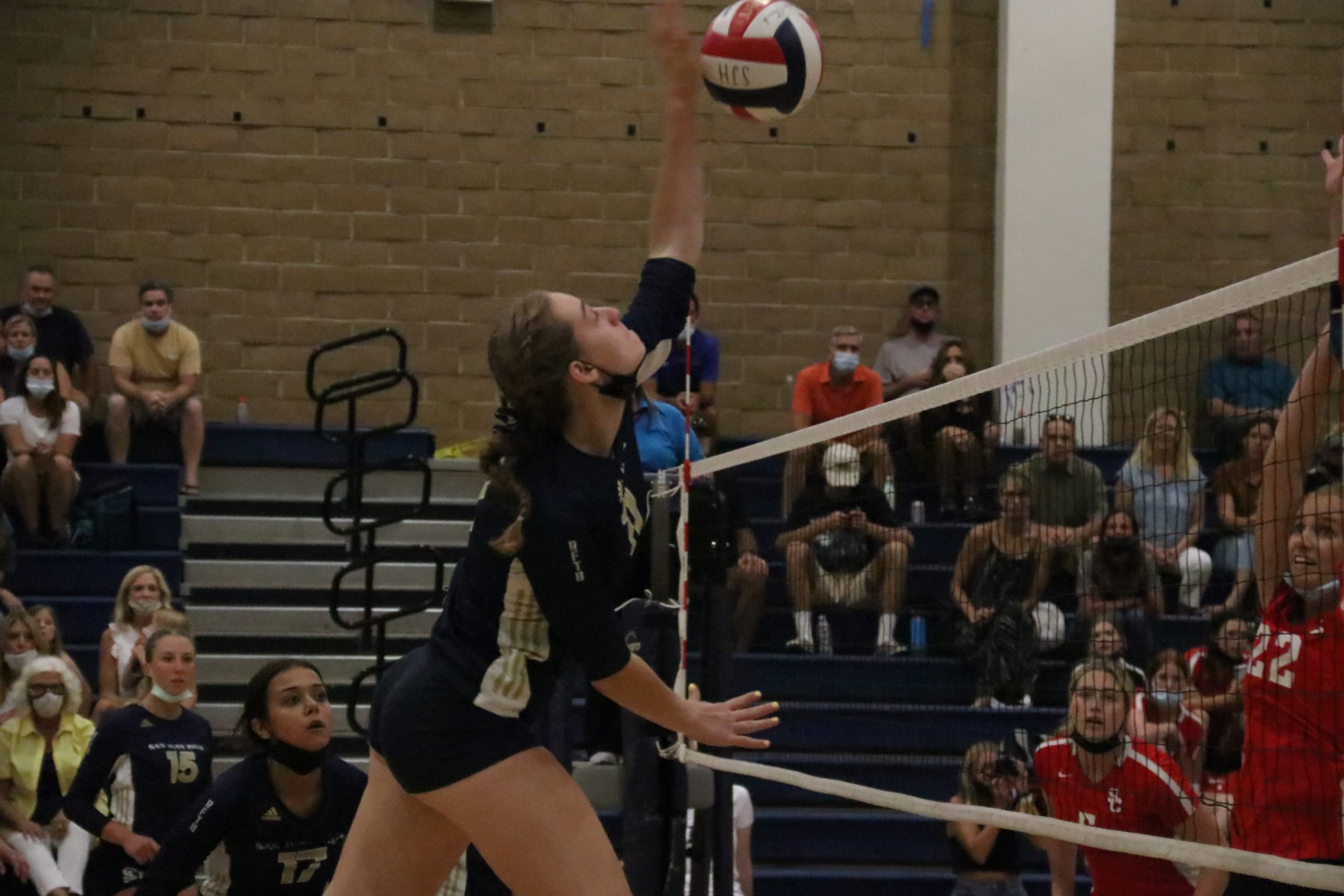 Last year’s fall high school sports teams were those most adversely affected by the schedule delays and restrictions brought on by the COVID-19 pandemic.

Fall sports were delayed three times, schedules were shortened, and limited conditioning camps went on for months from their August start dates.

This year, the athletic facilities around San Juan Capistrano are as active as ever, and the fall sports season is running at full blast with league play just underway or on the horizon

The San Juan Hills boys water polo team had an extremely successful spring season, despite the delays and short schedule. The Stallions went 10-2 overall and 8-0 in league play, and that strong play has followed them into the fall season.

“They’ve been giving all they’ve got,” San Juan Hills coach Ivan Buich said. “This group is probably the best we’ve had at San Juan from one through the last player. They’re really committed and playing big time water polo. It’s working out to where we want to be later in the season.”

San Juan Hills is ranked No. 5 in the latest CIF-SS Division 2 poll. The last time there was a full season and playoffs in 2019, the Stallions went all the way to the CIF-SS Division 4 title game before falling to JSerra.

San Juan Hills closed out its nonleague slate against Dana Hills on Tuesday, Sept. 21, and the Stallions dropped a tight game, 9-8, despite tying the game with 15 seconds to go.

The Stallions opened league play against Aliso Niguel on Thursday, Sept. 23, but results were not available at press time. San Juan Hills closes the regular season on Oct. 27 at Mission Viejo.

Girls volleyball was the sport most affected by last year’s schedule delays and restrictions due to the pandemic. Eventually, indoor sports were given the green light to return, but by then, the allotted time for the girls volleyball season had almost expired. San Juan Hills only got in a handful of matches.

This year, the Stallions are 7-10 overall playing through a tough schedule, including a 1-2 start in league play. San Juan Hills has been swept by the two favorites for the South Coast League title—Aliso Niguel in the opener on Sept. 14 and San Clemente on Tuesday, Sept. 21. San Juan Hills swept Trabuco Hills for its one league win so far on Sept. 16.

The JSerra boys water polo program is one with a rocket strapped to its back. The Lions have risen quickly through the ranks since the arrival of head coach Brett Ormsby.

JSerra won its first CIF-SS championship with a young team in Division 4 in 2019, and then, despite all the pandemic problems last season, the Lions still went 4-1 in an abbreviated Trinity League schedule.

This season, JSerra is 11-1 overall, and the Lions have fought up to No. 6 in the CIF-SS Division 1 rankings with eyes on qualifying for the first CIF-SS Open Division playoffs.

JSerra sports wins over No. 7 Laguna Beach, No. 8 Palos Verdes and No. 17 Mira Costa. The Lions took on No. 11 Los Alamitos on Thursday, Sept. 23, but results were not available at press time.

JSerra will have plenty more chances to prove itself against the Trinity League, including No. 1 Mater Dei, No. 4 Orange Lutheran and No. 15 Santa Margarita.

The St. Margaret’s girls volleyball team entered the fall 2021 season with a new coach, but a familiar name in the Southern California volleyball community in Bob Yoder.

Yoder, who most recently was a successful club volleyball coach for Laguna Beach Volleyball Club and 949 Volleyball Club, coached USC to the 1998 NCAA national championship and three runner-up finishes.

The Tartans have been great under Yoder with a 13-4 overall record and a 2-0 start in the San Joaquin League. St. Margaret’s swept Sage Hill on Sept. 16 and Capistrano Valley Christian on Tuesday, Sept. 21.

St. Margaret’s plays at JSerra on Sept. 30, at Capistrano Valley Christian on Oct. 12 and at San Juan Hills on Oct. 14.

The Capistrano Valley Christian girls volleyball team has bounced back swiftly from its last full season.

In 2019, the Eagles went 5-21 overall and winless in the San Joaquin League. Capistrano Valley Christian didn’t field a team last season, but this fall, the Eagles are soaring.

CVC hosts St. Margaret’s on Oct. 12 and rounds out the regular season at Sage Hill on Oct. 14.