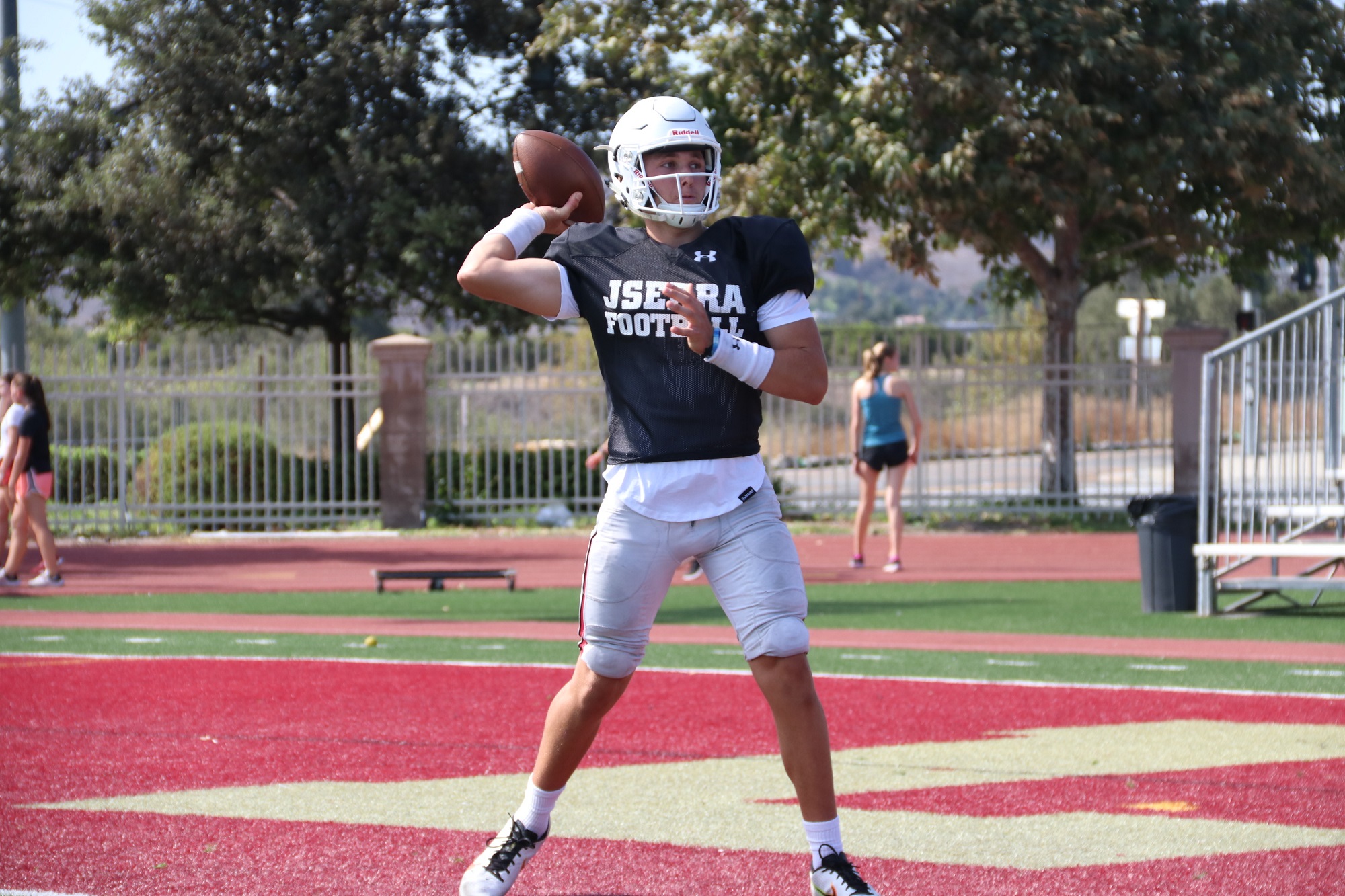 The Lions are back at the drawing board and rebuilding their football program.

It only took one offseason for JSerra to slide from being among those elite teams in the mix for the Trinity League’s third playoff spot and a fixture in the CIF-SS Division 1 playoffs to staring back up the ladder at every other team in the league.

Following the 2019 season, JSerra saw an exodus of transfers, with at least 16 impact and contributing players leaving for various other programs. What was left for the eventual 2020-21 spring season was an extremely young group that struggled in an all-Trinity League schedule. JSerra was winless in five games, and head coach Pat Harlow stepped down from the position after the spring season.

JSerra now turns to longtime assistant Scott McKnight as the new head coach tasked with guiding the group of young talent that has stayed in San Juan Capistrano and rebuilding the foundation of a contender.

“I’ve seen us recruit players that were tremendous athletes, but they didn’t really want to compete in the classroom,” McKnight said at Trinity League Media Day. “There’s tremendous support at this school for all types of students, but you’ve got to give effort. (When we get the right kids,) we’ve got to do a good job retaining them, and that starts with everything we do: in the weight room, on the field, the type of offense you run, type of defense.”

The Lions offense might be that first thing JSerra can showcase in this 2021 fall season to entice that right kind of player and get moving forward. McKnight said the JSerra offense will be what gives them a chance in games this season.

The reins of the offense fall to sophomore quarterback Dylan Mills, who eventually took control of the offense in his freshman season in a tight competition. McKnight said Mills has that “it factor,” can extend plays with his feet and throws a great deep ball.

While never directly coached by McKnight, whose focus had been special teams and defensive backs, Mills was excited for the program’s future under McKnight.

“When I found out Coach McKnight was going to be the head coach, I knew right away that would be a great fit for everyone here,” Mills said. “His energy and everything, it’s what you need to run a football team, especially in this league. I think we’re all very blessed to be in the position we’re in.”

In regard to the rest of the Trinity League, JSerra figures to be last in the league on paper, and the Lions may struggle to win a league game again this season. However, the new CIF-SS playoff division system, which will be based on current season power rankings rather than past performance, could give the Lions the opportunity to play in a lower playoff division as an at-large team, even if they were last in the Trinity League.

“For me, when you look at our team, they’re pretty young. Being able to play as many games as possible is hugely important to build our program,” McKnight said. “If we were an older team, a more seasoned group like Mater Dei or (St. John) Bosco, I wouldn’t really consider that. But for us, the opportunity to play at a lower level would be the opportunity to play more games.”

Unless JSerra wins all of its nonleague contests, the Lions would likely have a sub-.500 record, but based on the rankings format, there may still be a spot for JSerra to take in whatever division they would land. Divisions will be determined at the end of the season.