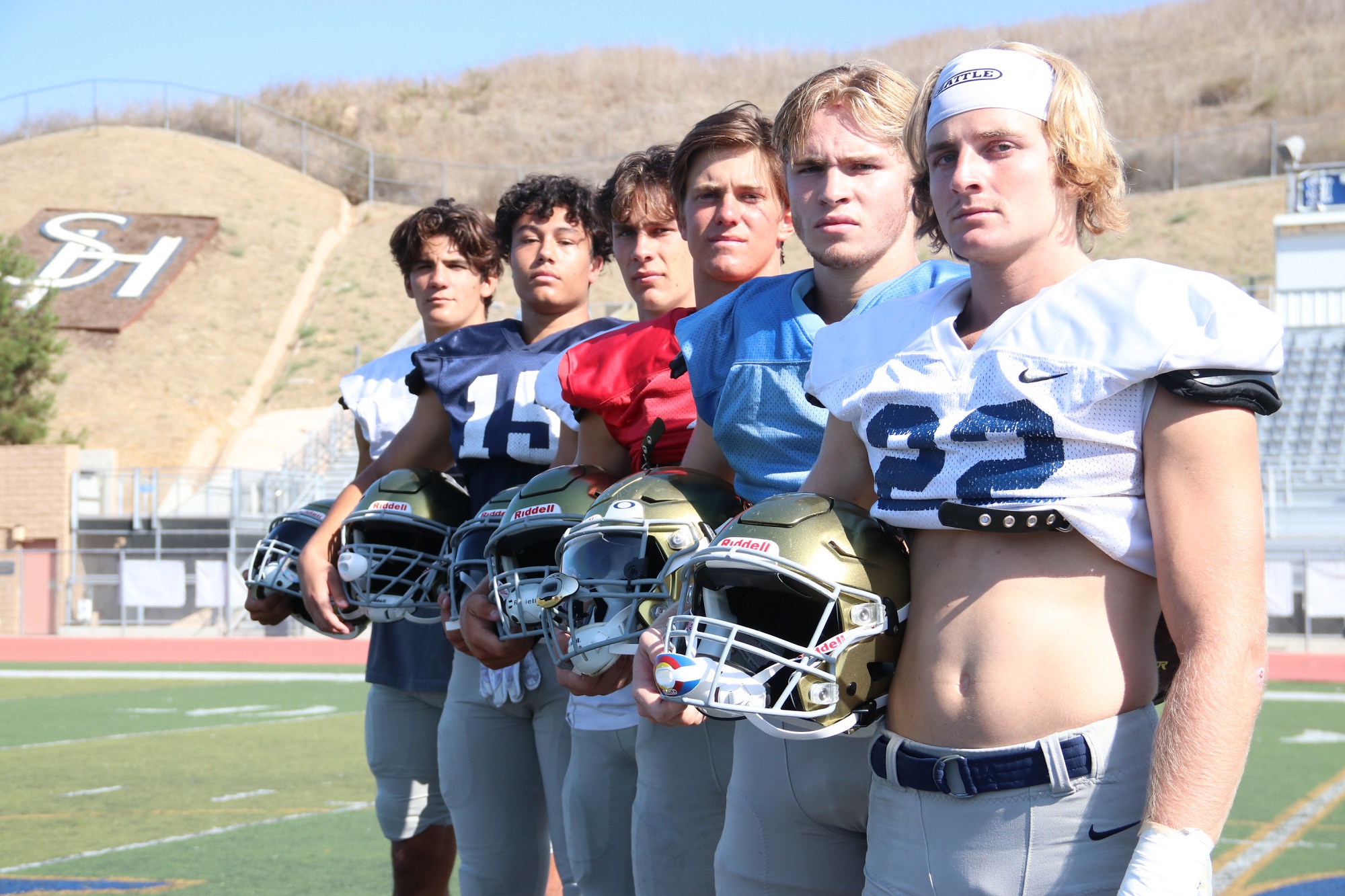 After only four months off, it’s football season all over again.

That’s not to say there’s a “here we go again” sentiment to the fall season. There is palpable anticipation for a fully normal run through a high school football campaign.

After the pandemic forced the CIF-Southern Section to delay the start of football season three separate times, most teams were thankful to play any football at all in the spring. At the time, they were called steps toward normalcy, but they were small steps.

Seasons were shortened to just five games for San Juan Hills and JSerra. St. Margaret’s managed to put together a three-game schedule. Capistrano Valley Christian played what amounted to one scrimmage and no full season. Fairmont San Juan Capistrano played an eight-man football season, but it will not field a team in the fall.

All four of San Juan Capistrano’s high school football teams are geared up for a full 10-game slate, with playoffs to compete for at the end of the season, unlike the shortened spring season.

The threat of the pandemic still lingers, as some opening games around the Southern Section have already been canceled, but most teams are ready to go for football season.

San Juan Hills enters its second season back in the South Coast League, and while the Stallions’ attempt to play with the big boys of the league was derailed due to injuries, San Juan Hills is powered up and ready to prove its worth.

San Juan Hills has a talented receiving corps and a big, strong and experienced group of linemen who will be more than prepared to kick off against Santa Margarita of the Trinity League on Aug. 20 at Saddleback College.

San Juan Capistrano’s representative in the Trinity League, JSerra, is beginning a new era after a couple seasons of changeover. Scott McKnight takes over as head coach of the Lions as they look to build the program back up to contention.

JSerra will be led by an exciting offense that will keep the Lions in games, as the Lions attempt to get as many wins on the board in their nonleague season to try and crack into a CIF-SS playoff spot in a lower division, thanks to the CIF’s new power ranking-based division system. The CIF-SS’ playoff divisions will be based on current season data, and teams will be slotted in after the regular season.

Both of the small private schools are also working with young groups that have been built up over the past year. Capistrano Valley Christian had only seven returning players in April of 2020, and St. Margaret’s was cut down to 17 players during its short spring season. Both have a full complement of more than 30 players for their fall teams.