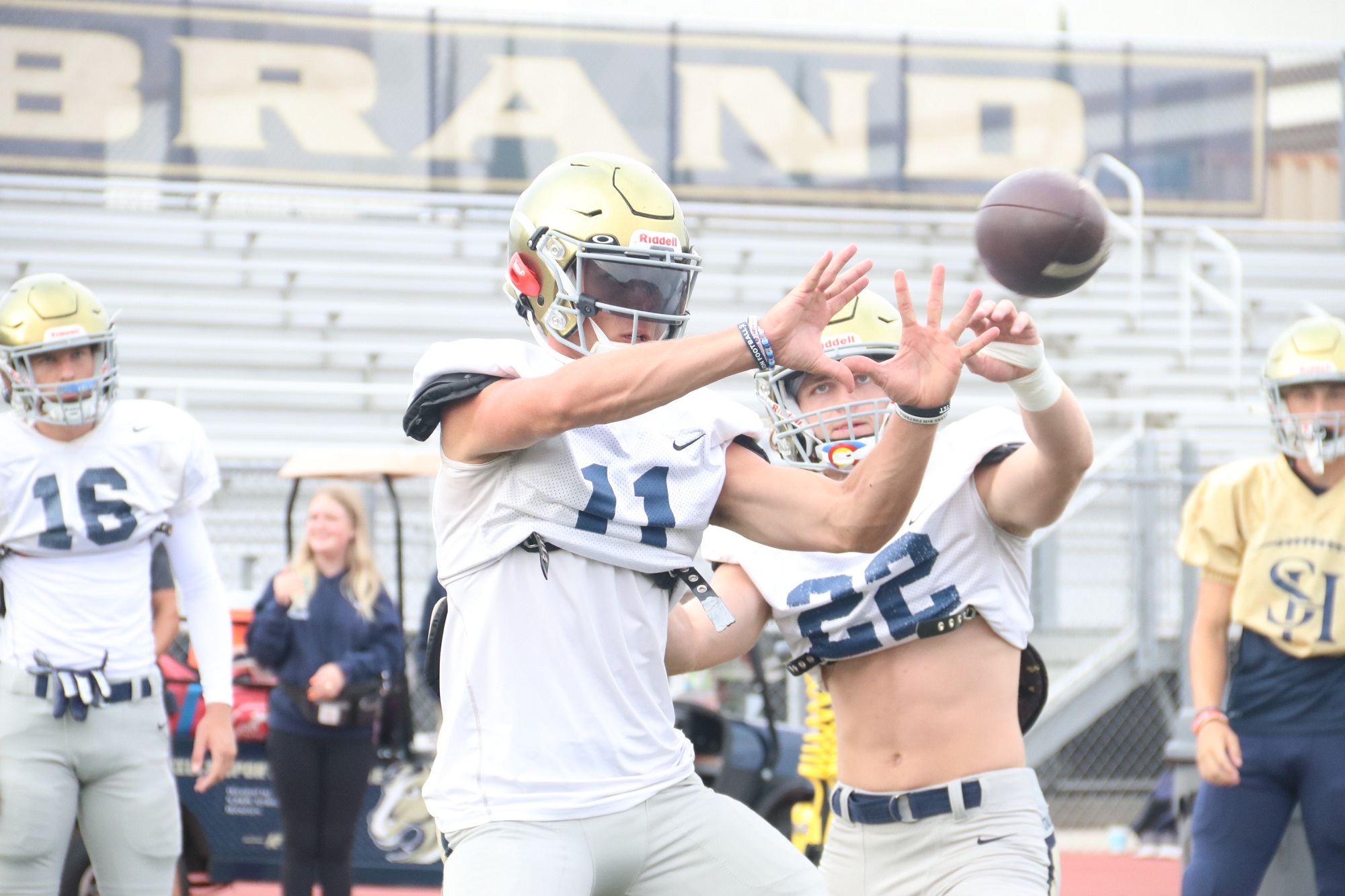 In the years prior to head coach Rob Frith’s arrival and since his tenure began in 2018, the Stallions have produced top college recruits. San Juan Hills also now has the hardware after winning its first CIF-SS championship in 2019.

San Juan Hills had risen back to the South Coast League in 2020 and was ready to prove it belonged in what Frith called “arguably the best public school league in the county, maybe even Southern California.”

Instead, the Stallions dealt with the turmoil of the pandemic, and once the season finally arrived in March, San Juan Hills had seemingly set itself up for a strong showing in its return to the South Coast League with two strong crossover wins against Sea View League opponents.

Then injuries struck, and instead of giving a full-force swing at the league’s elite, the Stallions were summarily beaten by league standard Mission Viejo and eventual league champion San Clemente. Even San Juan Hills’ final shot against rival Tesoro in the Battle for the Bell was snuffed out in a late slip-up in a one-point loss.

Now back on track for a normal schedule and a full slate in the fall of 2021, the Stallions have talent shining throughout their skill positions, and groups of big, strong linemen ready to take on the challenge and fight to stay in the South Coast League.

“Last season was obviously very disappointing,” senior defensive back Chase Schmidt said. “Our group of seniors this year, we’ve all banded together, we have a strong bond, we’ve grinded super hard. We’re all holding each other accountable and trying to make the most of our last season together.”

When looking over the bona fides of the San Juan Hills roster, eyes fall immediately on a talented group of wide receivers. Braden Pegan is a UCLA commit; Elijah Barclay, a former Mater Dei player who transferred from Salpointe High School in Arizona, has college offers from Arizona, Nebraska, TCU and Purdue, among others; and Cole Monach has been an instrumental varsity player since the 2019 CIF-SS title run.

Junior quarterback Colton Joseph figures to be the starting quarterback who will find connections in this receiver group, and Luke Davis will also get snaps at quarterback as a “Taysom Hill-type” utility player, according to Frith.

For San Juan Hills, even if the passing offense develops, the overall offense begins at the ground level with the running game and the offensive line. Four starting linemen return to a deep group that Frith called one of the best he’s had in his time at San Juan Hills.

The secondary is made up of fast players with good ball skills including Schmidt and most of the receiving corps, including Pegan, Barclay and Monach.

San Juan Hills boasts one of the toughest schedules in the entire county, and that’s just how Frith likes it. Frith likes to challenge his teams with tough games, like their opener against Santa Margarita of the Trinity League on Aug 20 at Saddleback College. The schedule will also help in the new current-season, power rankings-based CIF-SS playoff format, which Frith is also a fan of and rewards teams for criteria such as strength of schedule.

The early challenges prepare the Stallions for their tough league slate and will get them battle-tested for a potential playoff run ahead.