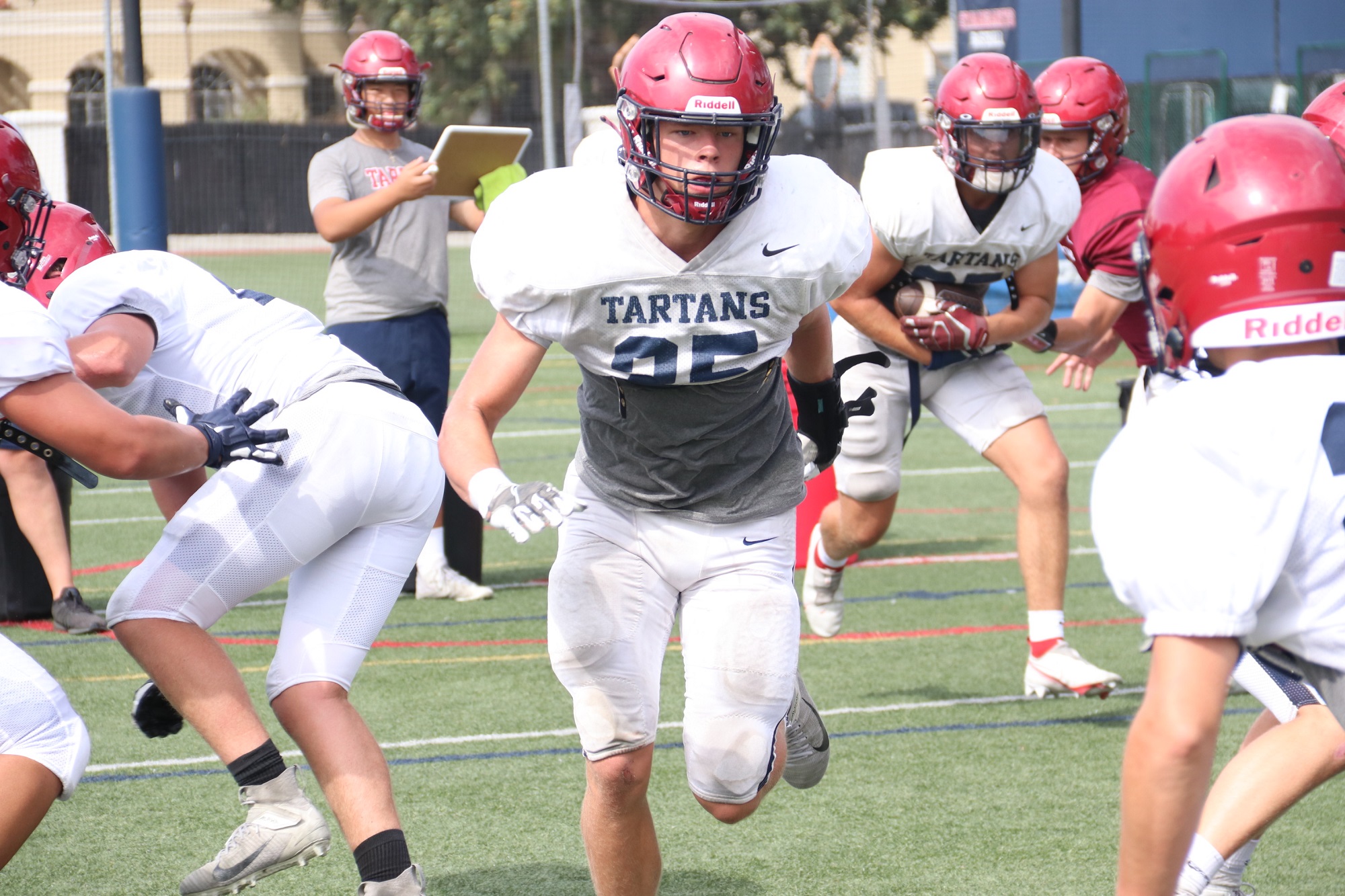 There likely isn’t a team that is more ready for a full schedule and a normal football season than the St. Margaret’s football team.

The spring season for the Tartans can been viewed as an aberration for many different reasons.

At the top of the list is the fact that St. Margaret’s had a losing record for the first time since most people can remember. Based on MaxPreps’ records, the Tartans haven’t won fewer than nine games in a full season at any point in the past 20 years.

The Tartans played only three games and had only 22 players on their roster at most during their most recent season. Injuries had cut that number to 17 players, and St. Margaret’s pulled out its only win with a four-play, goal-line stand in its spring finale.

As St. Margaret’s prepares for the 2021 fall season, the Tartans have 38 players on the roster, and those who did endure through the 2020-21 campaign learned about much more than football.

It’s the lessons of coming together that will serve the Tartans best as they play with another young group of players.

Offensively, St. Margaret’s actually has a decent amount of experience and talent that can carry the day. Quarterback Jack Ruff returns for his senior season as the leader of the offense. Ruff has interest from Ivy League schools that can only grow with a full season ahead.

Ruff will have options to work with as well, as St. Margaret’s has a group of tall receivers who will be productive targets. Seniors Bobby Springer, Makai Todd and Tyler Matthews, plus juniors Sam Dunnell, Derek Smith and Will Stahl, make up the receiving corps. Senior Benton Barlow will also run the ball.

St. Margaret’s will play freelance along with Capistrano Valley Christian after the disbanding of the San Joaquin League for football. Minor thought that was a good decision for now, to not rush and just join any league they could find for the year.

Though being in a league generally helps with CIF-SS playoff qualification, Minor said that the CIF-SS’ new current season power rankings-based divisional system may be a benefit for a freelance team such as the Tartans.

“The system can find a slot that makes sense for us,” Minor said. “I think the system is really good. If you’re going to be freelance, this is the year to be freelance. If we don’t win, then it doesn’t matter.”

Minor believes in the merit-based system. If the Tartans win, then they deserve whatever spot they land as an earned reward, and Minor believes this St. Margaret’s team has enough talent and plenty of intangibles to win football games this season.