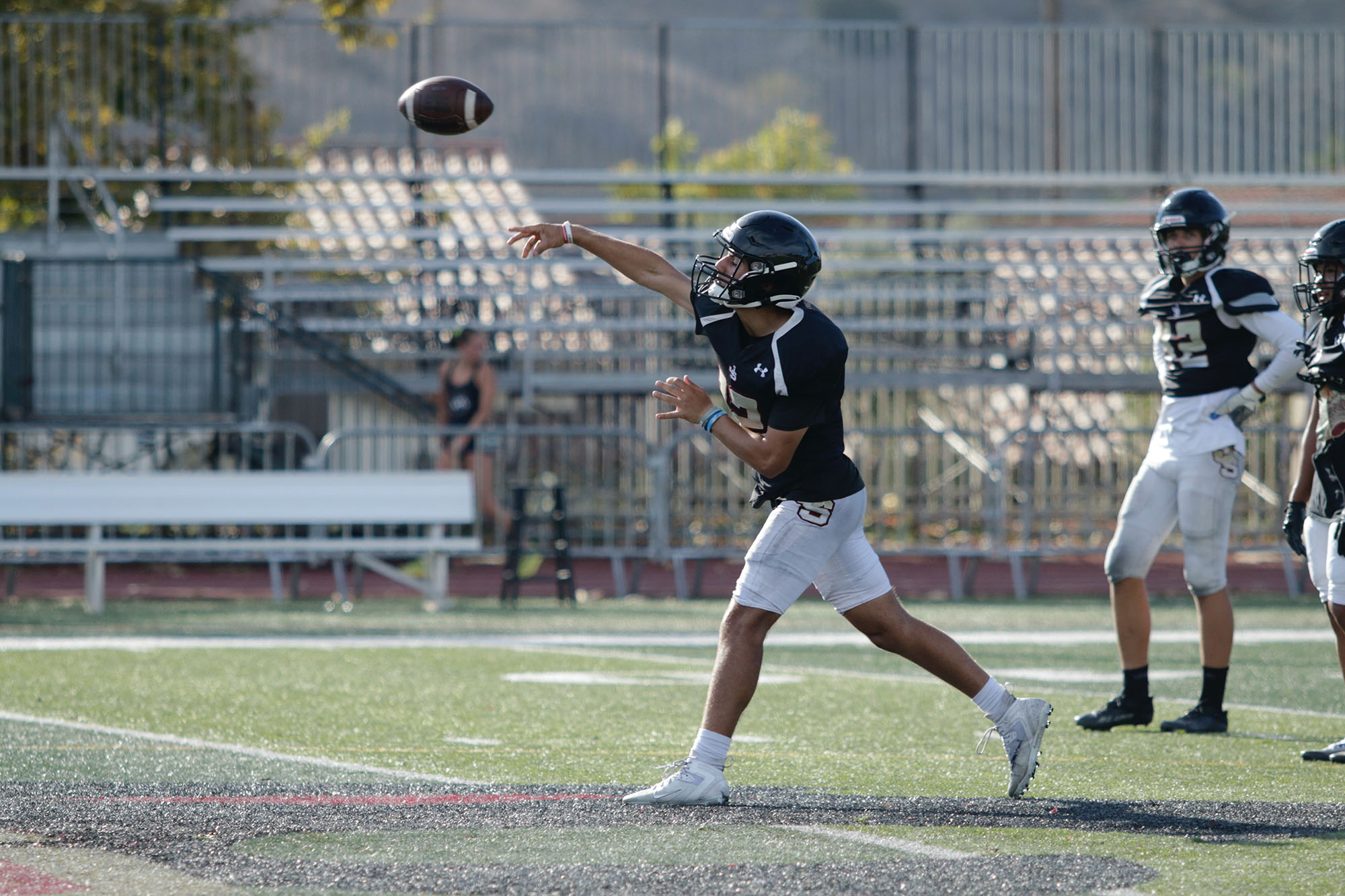 The JSerra football team is the object in the mirror that’s closer than it appears.

A quick glance at last year’s 3-8 overall record and 0-5 record in the Trinity League would have observers believe it’s still tough sledding for the Lions to be successful, especially with a very young roster. But, of course, it’s tough. JSerra had the second-toughest schedule in the country behind only St. John Bosco, and they do still play in the Trinity League, which again features the top two teams in the country in Mater Dei and Bosco.

Despite all that, the Lions really weren’t all that far off from real success last season.

JSerra coach Scott McKnight is quick to point out that the Lions lost to CIF-SS Division 2 champion Orange Lutheran by only two points, and that JSerra’s Division 2 first-round game at Sierra Canyon came down to the very last play.

JSerra was extremely young at several positions last season, but the Lions survived the pressure cookers of the Trinity League and their tough schedule, which sets up JSerra to be quite competitive in 2022.

One of those young players who absorbed the pressure, and now has some of that diamond starting to shine through is junior quarterback Zander Singh. Singh took over the reins late in the season for JSerra, and in that first-round game at Sierra Canyon, it was Singh who nearly got JSerra all the way back with 308 yards passing and five touchdowns.

“He’s a good decision-maker,” McKnight said. “He’s accurate. He’s got good awareness. Awareness, decision-making, accuracy. You ask anyone about the attributes of a quarterback, if you have those three, you’ll be happy. Everybody talks about the big arm, or you’ve got to be 6-foot-2; a lot of guys who are 6-2, 6-3 can’t throw a pea into the ocean. We’re looking for a guy that can make a good decision pre-snap, and as the play quickly evolves, he makes the right decision.”

Singh stands at just 5-foot-10, 180 pounds, but coming into the fall as the No. 1 guy for JSerra on offense, he’s taking command and gaining confidence.

Additionally for the Lions, and especially for Singh, is the growth of the offensive line. The group up front went through a trial by fire last season with two sophomores and three freshmen on the offensive line. Returning all-CIF senior center David Tuliau will be a leader for that group, and junior Kainoa Davis, listed at 6-foot-4, 266 pounds, will start at left tackle.

McKnight said the JSerra defense will attack this season, as the Lions need that group to be versatile and aggressive.

Circle JSerra’s season finale against Orange Lutheran at Orange Coast College on Oct. 28 as an enormous one, with likely ramifications for playoff berths and league seedings.