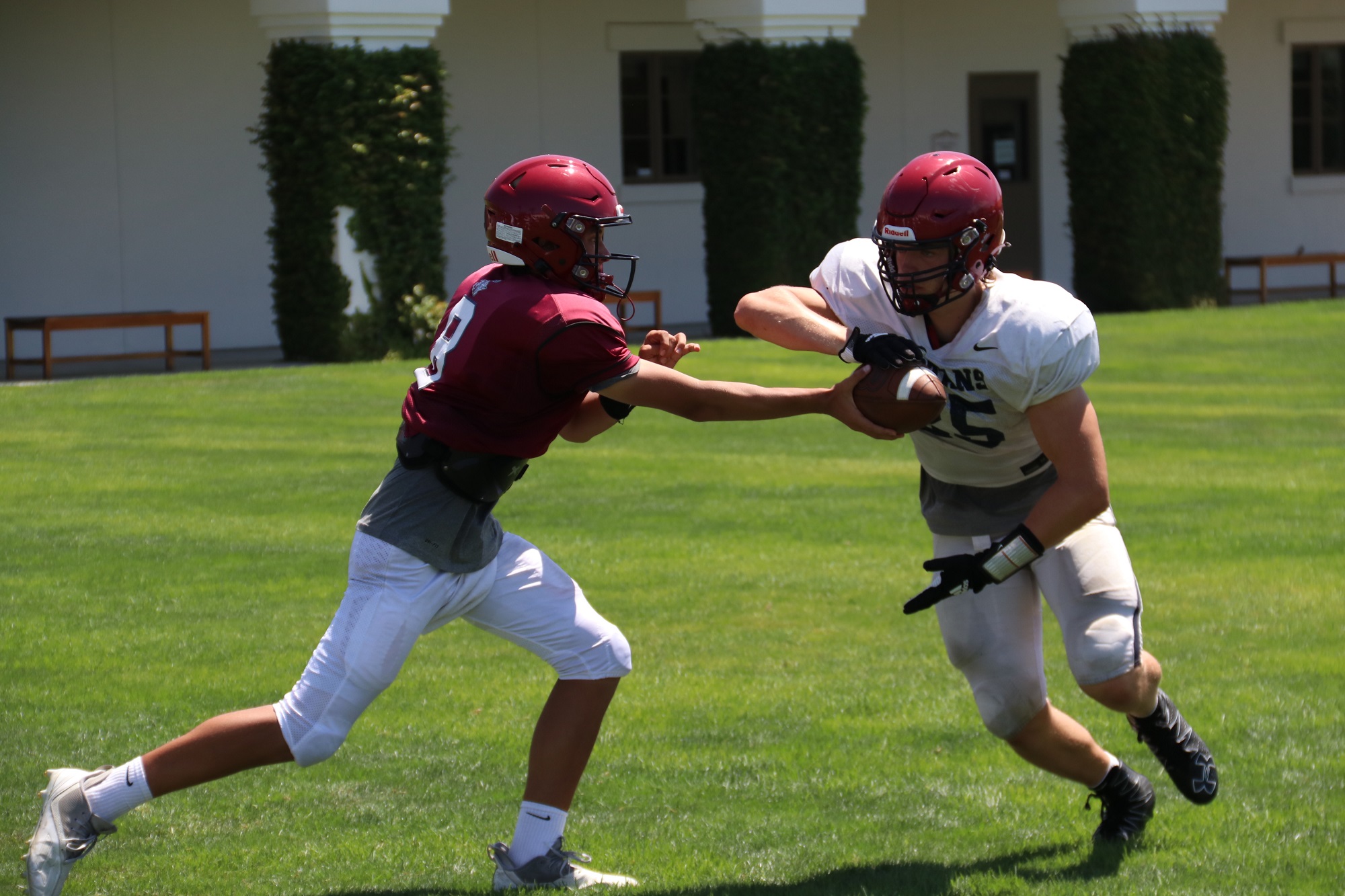 Uphill challenges are nothing new for the St. Margaret’s football team.

The small private school hidden away on La Novia Ave. has always punched well above its weight. Even recently, the Tartans faced plenty of adversity over the past two seasons, and yet, last year, St. Margaret’s performed to its high standard of success.

The Tartans went 1-2 during the COVID-delayed and shortened 2020-21 season with only 17 players on the roster. Just months later in the fall of 2021, St. Margaret’s began its season 2-4. Two months after that, the Tartans had won seven straight games, earned at at-large berth into the CIF-SS playoffs and advanced to the Division 9 championship.

This season, St. Margaret’s has a new challenge—one that stacks several things against the Tartans, but also provides great opportunity. The Tartans move on from the no-man’s land of being a freelance team back into a league—a league full of large public schools in the Orange Coast League.

“At the end of the day, we’re always going to be the smallest numbers,” St. Margaret’s coach Kory Minor said. “It’s who we are. It’s part of our makeup. We’re used to it.”

St. Margaret’s, an institution of about 400 high school students, won’t be the only private school in the league, as Calvary Chapel is there with its roughly 500 high school students. However, the next-lowest school in enrollment is Estancia at around 1,200, then Saddleback at 1,600, Costa Mesa and Orange at 1,800, and Santa Ana at a whopping 2,800.

But, again, nothing new for St. Margaret’s, and the Tartans are ready to compete.

Being in a league does provide one big advantage for St. Margaret’s over its CIF-SS finalist predecessor: automatic playoff berths. After the various iterations of the San Joaquin and Academy Leagues dissolved in football, St. Margaret’s was forced to play as a freelance team, which meant having to be selected for an at-large playoff berth, if there were any available.

The Tartans got lucky then, but now it’s a race for a top-three league spot for the playoffs, along with the opportunity to play for a league championship.

St. Margaret’s will take its swings with a younger group, as some of its biggest impact players graduated, including their Mr. Everything, Will Stahl, and their starting quarterback, Jack Ruff.

Luckily, the Tartans will have another Ruff under center, as Jack’s younger brother, Max, a junior, takes the reins. Max Ruff also retains one of his brother’s favorite deep threats in senior wide receiver Derek Smith. Smith frequently took the top off the defense with 43 catches for 627 yards and 11 touchdowns.

St. Margaret’s has returners throughout the offensive and defensive lines. Linebackers including seniors Andrew Miehe, Brandon Miller and junior Battle Gideons solidify the middle of that defense, which will certainly be tested against the deeper public school teams.

In the Orange Coast League, the Tartans open against the two toughest members of the group—Santa Ana and league champion Orange—which gives St. Margaret’s plenty of time to make up ground.

That is, of course, if the Tartans don’t do what they usually do: rise to the challenge. 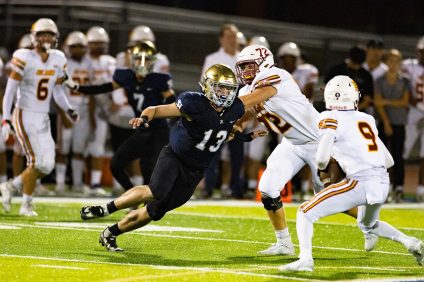