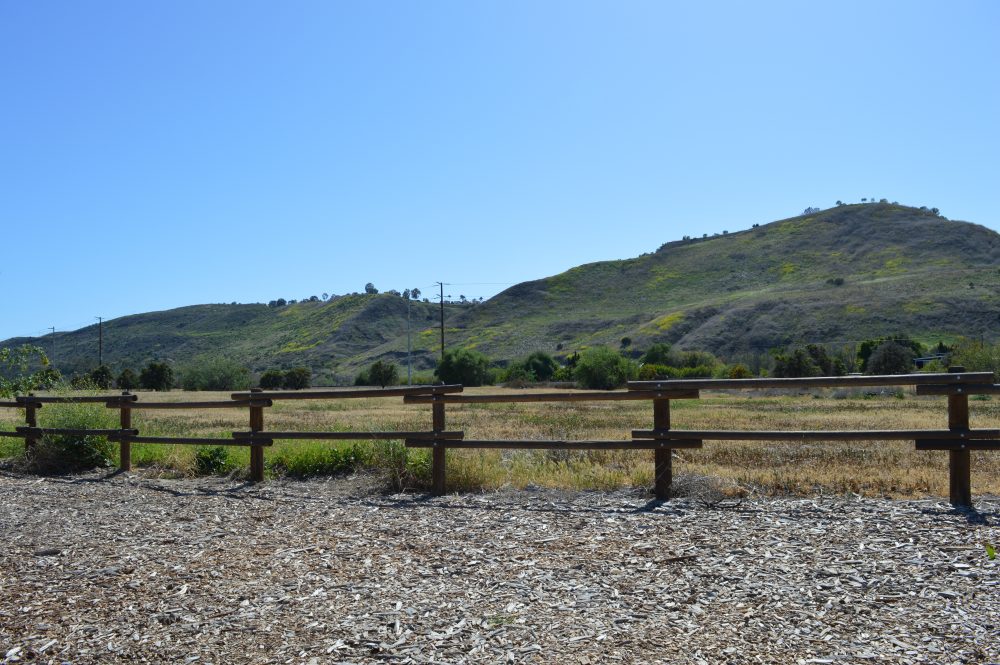 A proposed camping and “glamping” site on a portion of San Juan Capistrano’s Northwest Open Space will move forward as city council on Tuesday, March 5, agreed to enter into exclusive negotiations with the planner.

In a 4-1 decision, with Mayor Brian Maryott opposed, the city council voted to begin negotiating with Red Tail Acquisitions regarding its proposal to implement a “traditional camping and ‘glamping’ destination.”

The city acquired the 40.5-acre site in the early 1990s through the voter-approved Measure D Open Space Bond measure. The principal amount of the bond debt was $21 million, which was paid off in August of 2017.

“Glamping, is not conventional camping … and to suggest that it’s not commercial development is a real stretch,” Maryott said prior to voting against negotiating with Red Tail.

Mayor Pro Tem Troy Bourne, who put forth the motion to pursue Red Tail for further discussions, said Tuesday’s decision would allow the council to further understand what the proposal would look like if it were to be implemented. He also stressed that it’s not a final decision, as there’s a possibility the council could end up rejecting the proposal in the future.

While presenting to councilmembers during the meeting, project manager Tim Kihm said plans for the site comprise areas for RVs, vintage airstreams, safari tents as well as cabins and cottages. Other amenities would include bathroom facilities, equestrian and pedestrian trails, a recreation center, playground, enhanced dog park, café and food options, and a pool.

Kihm also noted that the equestrian and pedestrian trails, a pavilion for events and weddings, and other potential facilities such as a community garden or soccer fields would go toward public use.

According to Red Tail, prices on rentals would vary by season, as an RV space could cost about $65 a night and a cottage on holidays like the Fourth of July could go for around $300.

The City Council also heard a presentation from local resident Jim Adam who proposed to develop a recreational destination named “Capistrano Vineyards”. The proposed project would include a restaurant, equestrian stables, event facilities and sports fields.

In regards to the Vineyards, Bourne said that while he liked a lot of the aspects of the project, he had some reservations on its financial stability. Bourne noted that Red Tail has a proven track record of being successful with its other glamping properties.

Councilmember John Taylor similarly noted that Red Tail’s project would be “a great opportunity” and that “the funding source sounded more stable and more defined and they have a proven record.”

The city is also hoping that its plans to construct a community park project known as Putuidem Village on part of the Northwest Open Space could be paid for by Red Tail. The Putuidem Village, which city council approved in May 2016, is meant to be a cultural site to honor the Native American tribe, the Acjachemen, also known as the Juaneño.

The city’s total available funding for the project is $2.12 million. Bids to construct the project opened in August 2018, however, the lowest bid received was for nearly $2.4 million. In October, the council rejected all the bids and has since scaled down the project to reduce costs.

According to Kihm’s presentation, Red Tail is to open to maintaining the Putuidem center in exchange for credit against lease permits or a similar offset to costs.

The council voted unanimously to also have city staff bring the scaled-down version of Putuidem Village before the council at its next meeting for review and approval.

Councilmember Derek Reeve spoke in favor of a possible public-private partnership over the open space because it could allow the community to utilize the property. And leasing the open space for development, he also said, could increase revenue for the city as well as free up money to pay for infrastructure, the construction of a planned skatepark and Putuidem.

“I do believe if we go down this route for the Northwest Open Space, it will be able to increase accessibility,” Reeve said, later adding: “I think it’s very important for this council, for a number of reasons, to further explore and cooperatively work with private investment to increase resident accessibility, to help cure our structural deficit.”

About 30 individuals signed up to speak on the matter, many of whom shared similar sentiments to Maryott’s.

Shawna Shaffner, a local resident of 40 years and a land use planner, said she was 11-years old when Measure D passed. Though she wasn’t old enough to vote at that time, she helped pass out fliers encouraging voters to pass the bond measure.

“I, unfortunately, think the city has missed the mark a little bit here tonight,” she told the council during the public comment portion. She added that “Measure D was intended to protect against commercial development.”

“I would request that council provide staff with the very clear direction: Number one, our open space is not for sale, should not be for sale and any mention of that should be struck from any future staff reports,” she also said.

A hand handful of other speakers did express interest in utilizing the land, including San Juan resident Cody Martin, who has advocated for the city-approved skatepark. He encouraged the council to consider the proposals as it would send a message that the city is business friendly.

“I do believe our open space plays a very open role in the small-town feel of San Juan Capistrano. While we must protect our open space we must also use our open space,” Martin said. “We live in one of the most beautiful cities in the world and it’s sad to see such a beautiful plot of land do nothing.”

Spirit of the Measure

Citing language from the bond measure, Bourne said that it’s meant to allow for the development of facilities for the youth, seniors and community.

“So, I don’t think it’s fair to say that this language had in mind that we were going to buy this land and never put a shovel in it,” Bourne said. ‘I don’t think that’s consistent with the language we’re looking at.”

Maryott said he has opposed the use of the land for “quasi-commercial” development because it would go against the purpose of the bond measure.

Completing Putuidem “can absolutely be done,” Maryott said. “It doesn’t have to be done by opening this space for commercial development.”

Maryott also stated when he stated that the city is not broke and the community shouldn’t view this matter just as an opportunity to increase coffers.

“We are not broke, folks,” he added. “We have very healthy reserves, we’re going to balance our budget.”

According to the city, an owner of property adjacent to the Northwest Open Space approached the city about leasing the land back in 2017. The council initiated a request for proposals (RFP) for the potential lease of about 22 acres of the land and received 11 offers.

The proposals were narrowed down to three, which included Red Tail’s project, the Capistrano Vineyard and a bid from Metro Commercial Realty, which was later withdrawn, to develop a multi-purpose sports and community park.

The city’s municipal code requires voter approval on a zoning change request from General Plan Open Space to any other designation. However, the city notes that this situation wouldn’t fall under that requirement since only the land use classification would change and not the General Plan designation.

Assistant City Manager Jacob Green said city staff is expected to put forth the Exclusive Negotiating Agreement (ENA) before the council for approval by April.

“The ENA will establish a period during which the parties can assess the viability of the proposed project and negotiate the terms of a lease agreement,” he said in an email. “Approval of the ENA does not bind the city in any way to a specific project or future lease of the property.”