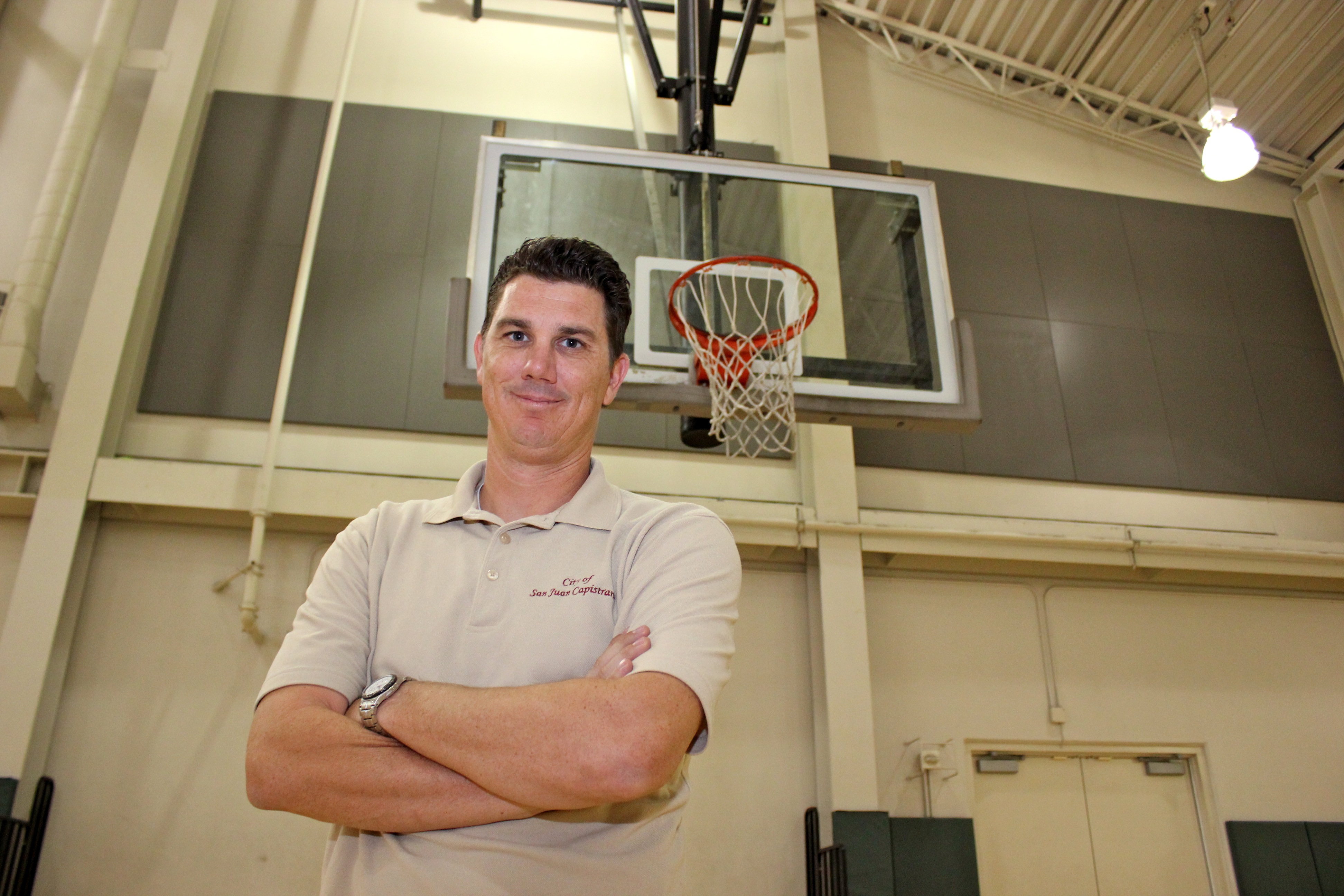 A Life Saved on the Court

Joe Pierantoni is alive and well, thanks to quick action taken by a basketball-playing doctor and a city employee

The next time Joe Pierantoni steps onto the court and scores a basket for the U.S. senior basketball team, Milt Vana and Kipp Lyons should both get an assist.

During their annual tournament on Friday, April 11, teams of spry 60- to 80-year-olds, who have won both national and world championships, were locked in heated games on their home court at the San Juan Capistrano Community Center.

Pierantoni, after having played in one game already and taken a one-hour rest, was three to four minutes into his second game when he suddenly fell to the floor. He had suffered a heart attack.

“I didn’t feel anything. Arm pains, chest pains. Any of those things,” Pierantoni said. “I just dropped to my knees and collapsed on the floor.”

Teammates rushed to Pierantoni, among them, Vana, a heart surgeon.

“Milt rolled Joe over onto his back and Joe was all blue,” said Bob Messersmith, who co-founded the team 15 years ago. Vana, who Messersmith and Pierantoni said was “too modest,” could not be reached for comment.

“I noticed everybody had stopped playing and an old guy go down,” Messersmith said. “We have a lot of guys go down, but he wasn’t getting up.”

Pierantoni had no pulse. Messersmith held his hand and said, “It was cold as ice.” Vana began performing CPR and called out for the automated external defibrillator, or AED.

Lyons, the recreation coordinator for the city’s Community Services Department, was in his office when he heard the doors open and someone rush over to the front desk, asking for the AED. Lyons quickly grabbed the machine and rushed over to the basketball court.

Lyons quickly attached the electric pads to Pierantoni’s chest, but because the machine is automated and first scans the patient’s vital signs, he had to wait for it to finish and prompt him to trigger the shock.

“We’re sitting there, waiting, and they’re saying, ‘Push the button,’ but I can’t,” Lyons said. “To his teammates, who know this guy, every minute probably seemed like a long time.”

Once the AED detected a pulse, it prompted Lyons to shock Pierantoni. After two jolts, Pierantoni began to breathe and his circulation came back.

“All I remember seeing was a bunch of basketball players around me,” Pierantoni said.

Vana continued to aid Pierantoni until paramedics arrived a few minutes later to take him to the hospital.

“Having (Vana) there was huge,” Lyons said. “That’s what really helped. I thank him so much for being there.

Pierantoni, who’s been a vegetarian for the past six years and has lived a healthy and active lifestyle, said his blood and cholesterol levels had been tested before the heart attack with good results. An angioplasty, however, would reveal he suffered from a hereditary heart condition, and on Wednesday, April 16, he underwent a quadruple bypass surgery.

“People were shocked this happened to me,” Pierantoni said. “It’s a blessing in disguise, though. I think it’s shown the older guys that they have to get evaluated and reevaluated.”

Pierantoni was released from the hospital on Monday and is recovering under the care of his family. He was able to thank Vana, who visited him several times in the hospital, and Lyons via email.

“I’m gracious. I’m truly grateful,” said Pierantoni, who will be celebrating his 68th birthday on Friday. After rehabilitation, he expects to be back on the court in 12 weeks.