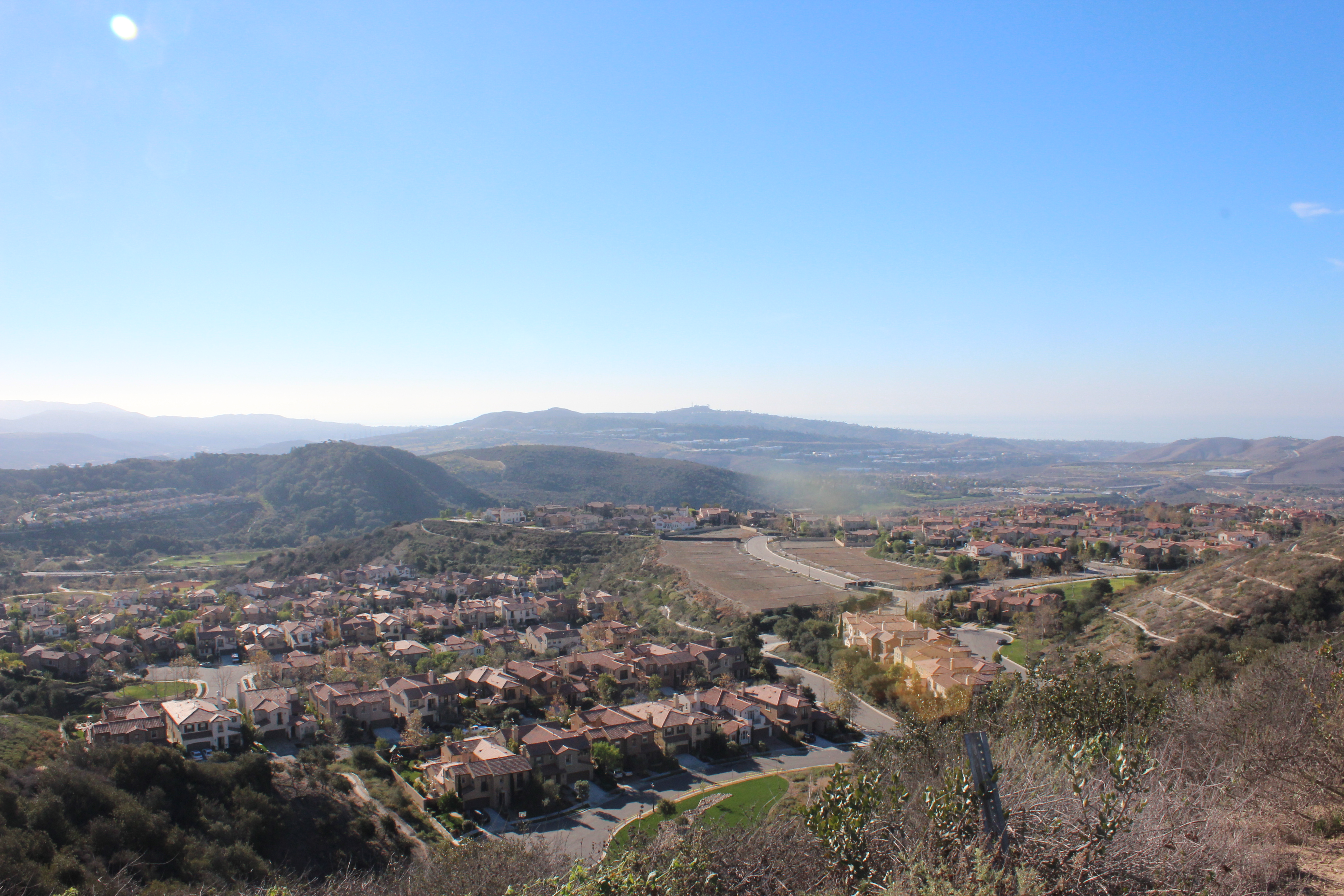 In recent months, residents of San Juan Capistrano, Dana Point and San Clemente have expressed increasing concern about their neighbors—many of them new. For them, the issue isn’t so much the quality of their neighbors but rather the frequency in turnover of these new residents.

These neighbors come and go from residential group homes—some for children and adolescents, others for disabled adults and many for people recovering from alcohol and drug abuse.

Between the three south Orange County cities there are 25 licensed drug and alcohol treatment facilities. This includes residential homes, inpatient and outpatient facilities, according to a report from the state Department of Health Care Services, which provides licensing oversight for such facilities.

These residential treatment facilities are considered single-family residences in the eyes of both the state and municipal governments, so long as no more than six people are residing in the home. Under that foundation, these dwellings are awarded the same freedoms as traditional single-family residences. But they are licensed by the state and therefore must meet certain standards.

As far as municipal rules go though, there is little to no oversight, or even enforcement measures that can be taken, because city regulations regarding such uses simply do not exist—as group homes, with six or fewer people, are permitted by right in any residential zone.

But area residents aren’t necessarily pleased with that.

In Capistrano Beach, residents have raised issues with a lack of street parking, cigarette butts and late-night noise. But they remained fairly quiet until a young man was found dead inside a neighboring home on Tuesday, July 22. Many watched from their homes and their front lawns as Orange County Sheriff’s Department deputies arrived and as the lifeless body was removed from the home.

Officials confirmed a 25-year-old man died in the home, neighbors have referred to as a sober living facility, but the cause of death will not be determined for at least 12 weeks, said Mitchell Sigal, supervising deputy coroner with the Orange County Coroner Division.

In San Clemente, residents near one home on South Ola Vista made the City Council aware of issues they were having in June, when the five-member body unanimously approved spending $5,000 to support legal battles being waged by Newport Beach over group home regulations.

Residents of Ola Vista said a number of recent police responses to the home had troubled them. To address their concerns, neighbors encouraged the council to regulate group homes as much as possible.

In San Juan Capistrano, the City Council discussed the matter on July 15, after receiving a letter from residents Reginald and Phyllis Villamil. The couple said that there were three recovery homes, all less than a mile from one another—that caused several disturbances, including frequent calls to emergency and police services. They expressed additional concerns about deteriorating maintenance and landscaping at these homes, their effect on property values and neighborhood safety.

But the hands of California cities may be tied.

Residential treatment centers are not only protected under state laws but also under federal ones, making it difficult for local municipalities to step up to the enforcement plate.

“The notion, and one can argue whether its anywhere near right or wrong, is what the legislature has said if that if we give this license for this kind of facility, your local regulations are trumped, as long as they stay under a certain size,” City Attorney Hans Van Ligten told the council. “The legislature has put a lot of effort into boxing us in.”

Group homes, mainly those for the disabled and elderly, were encouraged in the 1970s as a way to keep people living in residential areas, enjoying the lifestyle and interacting with neighbors.

The concept was expanded in 2000 when 60 percent of California voters passed Proposition 36, or the Substance Abuse and Crime Prevention Act—a law cheered by public health and criminal justice advocates as a way to keep low-level drug offenders out of the state prison system and a means to get them into treatment and recovery facilities.

Since the law’s implementation in July 2001, an estimated 700 treatment facilities have been licensed by the state, according to numbers from the California Drug Counseling Inc., a nonprofit substance abuse treatment center in Pasadena.

In 2008, the city of Newport Beach passed a zoning ordinance regulating, and in some cases limiting to services of, group homes.

Before the ordinance, group homes were operating freely in residential areas. But after receiving complaints from residents, much like the ones being heard in south county today, the City Council passed an ordinance that forced many group homes out of Newport Beach.

“They cared less about their interaction with neighbors,” said Newport Beach City Attorney Aaron Harp, of temporary residents. The city heard complaints from long-time, and long-term, residents about the facilities’ turnover and how it changed their neighborhoods. The city itself was more concerned with homeowners changing a traditional residential use into a commercial one, he said.

Newport Beach’s ordinance impacted group homes, such as treatment centers, sober living facilities, boardinghouses, sororities and fraternities, by prohibiting new group homes from operating in most residential areas and requiring existing homes to go through a permitting process that new ones would be subject to.

Two treatment organizations operating in Newport Beach, Pacific Shores Properties LLC and Newport Coast Recovery LLC, sued the city in 2009 after their permits were denied. The judge presiding over the case, filed in the U.S. District Court for the Central District of California, ruled in favor of the city.

The appellate court also found the trial court erred in not considering evidence proving the city’s “sole objective in enacting and enforcing its ordinance was to discriminate against persons deemed to be disabled under state and federal housing discrimination laws,” Judge Stephen Reinhardt wrote in his opinion.

The court has opened the door for liability issues for cities, Harp said, since the ordinance’s language was non-discriminatory. He believes the court read prejudiced intent where it was not.

Five appellate court judges, who did not hear the case, issued a dissent.

Newport Beach now has plans to submit a petition to the U.S. Supreme Court. Five cities have signed on in support of Newport’s appeal, including San Clemente, Laguna Beach, Claremont, Costa Mesa and Bradbury.

The city expects to know if the Supreme Court will take up the case sometime in the fall, Harp said.

Counselors with Sovereign Health, a treatment facility located in the Talega Business Park of San Clemente, refers those who have left the facility for drug and alcohol dependency to residential homes to continue their treatment, said the organization’s spokeswoman Penny Alvarez.

However, the organization only refers clients to homes that have been licensed by the state. Other homes, such as sober living homes, are not licensed by the state. There are an estimated 30 unlicensed sober-living or other group facilities operating in San Clemente, according to Brent Panas, the city’s code compliance officer.

A number have popped up recently in the southwest area of the city, he said.

Lisa Gaskin lives near one such home.

Gaskin believes there are “different levels” of such facilities. Some, she noted, regularly have residents picked up in a single vehicle, while others have “cars parked all over the street, many from out of state.” People were “constantly changing,” she said, with turnover sometimes coming in less than a month.

But a larger issue is a lack of neighborliness, she believes.

On a recent day, Gaskin reported, an open window led to her overhearing graphically crude language. Another time, she said her son was watching television upstairs when he heard loud vomiting coming from a neighboring home.

The family is now considering moving away.

Similar complaints have been heard throughout neighboring cities.

But with the final outcome of Newport Beach’s case still to be determined, it is likely local residents will be left with little recourse until a final decision is made—possibly one coming from the nation’s highest court.