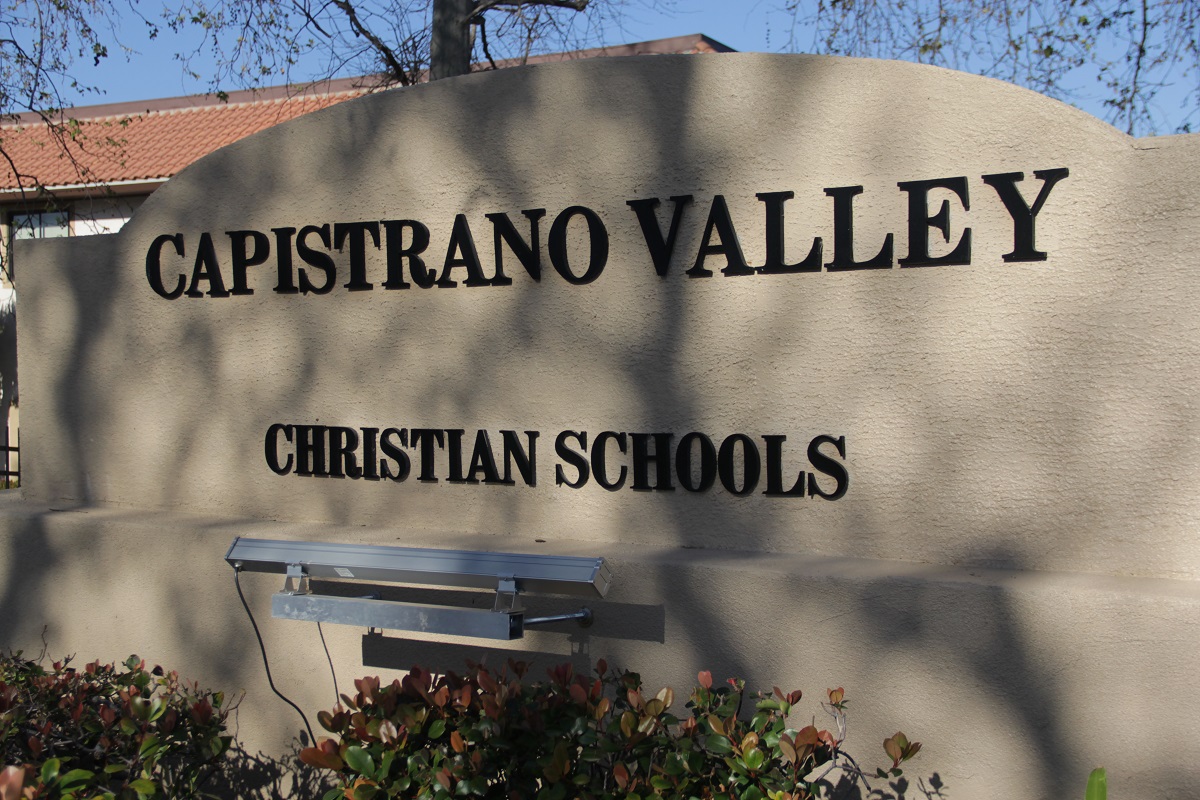 Land on which the Capistrano Valley Christian Schools (CVCS) sit was recently purchased by its overseeing body, Premiere Christian Education (PCE) Group, teeing up the possibility of future enhancements and modernization, according to Head of Schools Chris Rutz.

The education group announced Friday, March 8, that it had purchased the property from South Shores Baptist Church, which recently relocated to its renovated facilities in Dana Point. CVCS will lease the nearly 7-acre property under a long-term agreement.

This is “just universally positive,” said Rutz. “This agreement was treated with great enthusiasm from both bodies; this is just a win-win for everybody. We’re excited for South Shores and excited for CVCS.”

Rutz said PCE was able to acquire the land with help from a local donor “who believes in the work of the schools.” The donor, he added, has been associated with CVCS for a long time and wishes to remain anonymous.

CVCS, which comprises an elementary, junior high and high school, has been located on the land since its establishment in 1973. Since that time, the schools were an extension of then-Capistrano Valley Christian Church until the two entities split about a decade ago.

“It was a ministry of the church, and at some point, I think it was about 10 years ago, the school and the church split, amicably; it wasn’t hostile,” Rutz explained, later noting that the schools and church stayed on the campus together, “but the schools started to rent space from the church.”

In a press release announcing the acquisition, Rutz said the sale of the property “will now insure our continued presence in San Juan Capistrano.”

Speaking with The Capistrano Dispatch, he elaborated that there was never a concern regarding the lease, only that it was scheduled to formally end in 2023, with two five-year options to possibly extend until 2033.

“So, we had some stability,” he said. “But when you have visions for improving the campus,” there’s only so much the schools can do when the property is leased.

In recent years, CVCS has nearly doubled the size of its athletic turf, created a new student center for the high school referred to as the “The Nest,” and opened a STEM-based interactive-play environment for kindergarteners, Rutz noted.

“This is great, but those are the kinds of projects that you can do on the property that you lease,” Rutz said.

PCE now owning the property opens the opportunity for Capo Valley Christian to plan for bigger renovation and expansion projects, and “really dream big in the future,” he said. Currently, the officials are in the early stages of discussion regarding the types of projects they want to accomplish.

“We’ve always been under the authority and direction of a church, so being able to do what we wanted to do with this property has not been proper,” Rutz said, adding that the intent is “to maybe modernize the campuses and add facilities to really enhance what we’re doing here.”