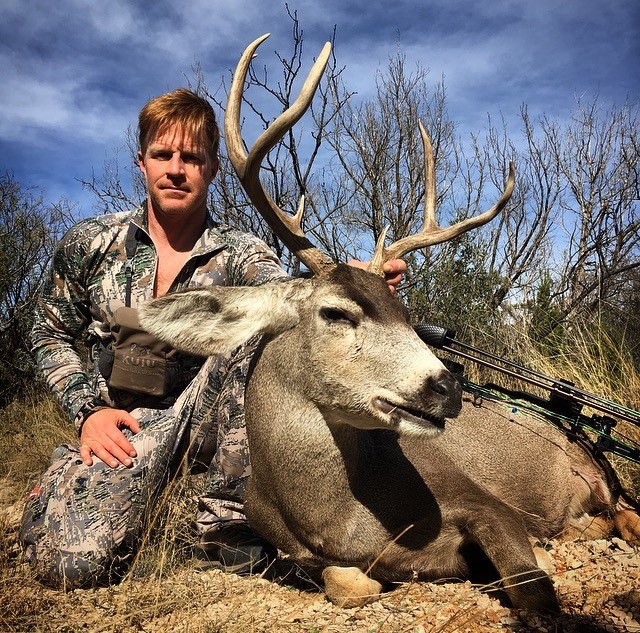 In the late 1800s, American wildlife was in dire straits. Market hunting, trapping, invasive species and America’s rapid expansion westward had pushed many wildlife species to their breaking points.

Over-hunting got the attention of soon-to-be revered hunters George Bird Grinnell and Theodore Roosevelt, the founder of the National Audubon Society and the 26th President of the United States of America, respectively.

Grinnell and Roosevelt later assisted in establishing the American Conservation Movement around the idea that wildlife and other natural resources belong to all Americans—current and future.

Nationally, 74 percent of Americans believe the country should “do whatever it takes to protect the environment,” according to the Pew Research Center.

Unfortunately, today, in most cases except hunting and fishing, that is not translating into dollars. What is often seen as a black-and-white issue to many South County residents is in fact a far more complex, often considered ironic, issue.

South Orange County is full of hunters and fishermen actively engaged in the convoluted, and rapidly evolving conundrum of conservation’s economic distress.

Mark Erskine is a bow hunter and self-described conservationist residing in San Clemente. The 46-year-old describes himself as having always been an outdoor person, initially dedicated to fishing. Erskine moved to Oregon from the East Coast in middle school. He said that his bow hunting experience actually amplified everything he already loved about nature.

“You have to get closer, be quieter, you have to be completely connected,” Erskine said. “You have to be part of their environment. You end up experiencing animals, including animals other than what you’re hunting, that you would not have noticed if you were not in that moment.

“I don’t take it lightly,” Erskine continued. “I don’t have a desire to hunt everything I can. I take it very seriously. I have a lot of respect for the animals. Unfortunately, there are a lot of television shows etc. in the public space that describe hunting as a source of what we call the ‘thrill kill.’”

He said that as a bow hunter, he experiences a “take” as a “spiritual experience.”

“Every time I harvest an animal, I take a moment and reflect on its life, and its beauty,” Erskine said, visibly showing the experiences’ existential value. “It is a good thing to be able to share with people,” Erskine said. “To be able to tell the story of where the animal was taken, and how, to share its life and (explain) what exactly people are eating.”

“Me, I like to harvest things I can eat. I think it is a misnomer that you can simply hunt, because it is ‘the season.’ And that’s simply not the case.

“I have a tremendous amount of respect for the animal, and nature. As a youth, I would do stream rehabilitation in Oregon for steelhead and other native species. Hunting and poaching are a different conversation. Here in the U.S. and Canada, the animals are everyone’s.”

Erskine mentioned that often, the conversation boils down to hunters being viewed as either avid “killers” or vegans.

“That’s a very disconnected relationship, in my opinion,” he said.

Not Exclusive to Terra firma

Zach Augustine, 31, of Dana Point, mirrors Erskine’s opinion that many share a disconnected experience with the act of harvesting wildlife.

“When it boils down to it, it’s all about the experience,” Augustine said. “It isn’t always 100 percent fun when you take a big fish. It’s heavy.”

For example, a study by the American Sportfishing Association revealed that the recreational sector added $152.24 in value, or GDP, for one pound of fish landed, compared to the commercial sector’s $1.57 for a single pound of fish.

Fishbio.com states that Californians report for approximately 1.7 million of the United States’ recreational fishermen, the nation’s largest contributor despite being only 6 percent of the state’s population. There is reason to believe this is because of recent increases in fees and costs of licenses.

Economic groups with an annual household income ranging from $100,000–$149,000 make up the majority of this group. This may add some weight to the argument that fishing is becoming cost-prohibitive for people in lower economic brackets.

Income may not be the only demographic statistic relevant to this “conservation cash crisis.”

A new survey by the U.S. Department of Fish and Wildlife showed that today, only about 5 percent of Americans 16 years old and older, participate in hunting. That’s half of what it was 50 years ago and the decline is expected to accelerate over the next decade.

A large portion of this prediction revolves around a well-understood and forecasted “demographic wall” surrounding aging Baby Boomers phasing out of active hunting.

“We’re up against a demography wall,” said Keith Warnke, state hunting and shooting coordinator for the state of Wisconsin, per the U.S. Department of Fish and Wildlife website. “(There is) a wall of demographics when the number of hunters is really going to decline.”

Nearly a third of hunters in the United States are Baby Boomers. The national average for when hunters top purchasing licenses is 65.

“That means the way conservation was done in the past is not going to be sufficient in the future,” a representative from California Fish and Game stated.

The shift is welcomed by some who morally oppose the pastime, but surprising to some, it could also be leading to a crisis.

Where does the money go?

State wildlife agencies and the country’s wildlife conservation system are heavily dependent on the sport for funding. Money generated from licensed fees and excise taxes on guns, ammunition and angling equipment provide about 60 percent of the funding for state wildlife agencies, which manage most of the wildlife in the United States.

This user-play, user-pay funding system for wildlife conservation has been lauded and emulated around the world. It has been incredibly successful at restoring the populations of North American game animals, some of which were once hunted nearly to extinction.

Funding for the U.S. Department of Fish and Wildlife operations comes from approximately 48 different sources, including 27 dedicated accounts within the Fish and Game Preservation Fund. About 16 percent of the department’s money comes from tax dollars in the state general fund and about 20 percent comes from hunting and fishing license fees.

The department has limited discretion in how it spends its money, with much of its operating revenues (around $400 million) designated for specific programs in the state budget. By law, hunting and fishing revenues must be spent on hunting and sport fishing programs, including fish hatcheries and stocking, habitat restoration, wildlife management and education programs. Other environmental revenues are directed toward conservation planning, environmental review and permitting and water resource management.

Additionally, the Federal Aid in Wildlife Restoration Act, or the Pittman-Robertson Act, as it’s more commonly known, requires that states use their revenues from hunting license fees for wildlife management.

In general, about 55 percent of the department’s expenditures are evenly split between biodiversity conservation efforts and hunting/fishing public use. A majority of the rest is spent on enforcement activities (18 percent), management of public lands (16 percent), spill prevention and response (8 percent) and education and outreach (1 percent).

Those efforts run into a larger question: Is the greater public willing to pay more to protect wildlife?

Colorado’s wildlife agency has cut tens of millions of dollars in expenditures and trimmed programs that deal with invasive species. Vermont’s fish and wildlife department, which manages more than 25,000 species and nearly 2,000 native plants, is cautioning that even though the state leads the nation in wildlife viewing, that activity “provides no significant stream to the department that would allow for the management of the resources viewed.”

“Without a change in the way we finance fish and wildlife conservation, we can expect the list of federally threatened and endangered species to grow from nearly 1,600 species today to perhaps thousands more,” a panel on sustaining America’s fish and wildlife resources recently warned.

Often existing out of the public view, practicing outdoorsmen and women may in fact be essential in sustaining a wildlife-rich and diverse native environment to California and the United States as a whole.