An Alternative Method: More Senior Patients Turn to Medical Cannabis Instead of Opioids

Before cannabis was legalized in California, many people were using the plant for medical purposes. From traditionally smoking the plant, to ingesting it via edibles or using cannabidiol, medical cannabis continues to push back its negative stigma and is reaching more patients than ever before.

As South Orange County, along with the rest of California, battles the opioid epidemic—including San Clemente City Council’s vote on April 3 to hire a law firm to file litigation against companies that they claim are directly responsible for contributing to the opioid crisis, joining other statewide attorneys on the same cause—many people are ready for a change.

Mark Wallace, M.D., the pain management specialist chair and head of the University of California, San Diego Health’s Center for Pain Medicine, has been researching cannabis as an alternative to opioids for decades. Throughout Wallace’s years of research, he believes that medical cannabis is a safer alternative to opioids, especially for seniors, although he added that more research needs to be done.

Picket Fence Media: What type of research have you done regarding medical cannabis and opioid use?

Why does medical cannabis create that response?

Everyone knows we’re in an opioid crisis, there’s a lot of reasons: lack of therapies, over marketing of pharmaceuticals, etc. But in the early 90s we started using more opioids and I started observing that patients would use an opioid but need a higher dosage to get the same effect (from when they started). They want that pain relief from the beginning so they take more and more. Then their pain scales would increase to nine or 10 (on a scale of 1-10) because of low pain tolerance and high dosages.

How do opioid addictions progress?

(Patients) become slaves to opioids, it’s almost like they’re addicted—there’s a fine line between pain and addiction, but then you get them off opioids and on cannabis—they’re not looking at the clock for their next dose (of opioids). They’re life doesn’t revolve around the cannabis the way it does with the opioids.

How many of the patients you recommend medical cannabis to are seniors?

I would say at least one-third of them are over the age of 60. It’s becoming more and more common now. Before, the geriatric population wasn’t open to this. Now, it’s becoming common, but 20 or 30 years ago they wouldn’t.

Are seniors at a higher risk for opioid addiction or overdose?

The elderly population are at risk for (opioid) overdose because they might be on more medications, they may not metabolize opioids as fast, some might have lung disease or heart disease, and so they probably are at risk with overdoses for opioids. But cannabis is a much safer alternative. We have never seen a death directly related to cannabis, but there are opioid-related deaths.

What would you say to people who are considering using medical cannabis?

There’s a growing geriatric population using medical cannabis and using it successfully. I would look at the risks and benefits, the harmful effects of medical cannabis are quite low; we base that on thousands of years of it being integrated into society. In historical literature it’s referenced for thousands of years. It would be no different than prescribing any other medication, other than it doesn’t come from a pharmacist and insurance doesn’t pay for it, there’s also less quality control. However, with those risks, cannabis isn’t for everybody, some people try it and it doesn’t work, then they move on. 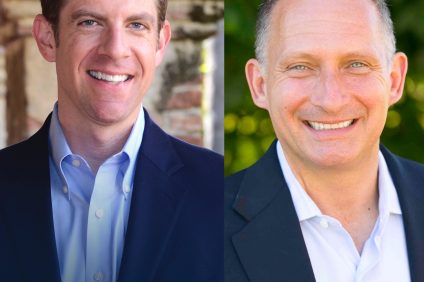