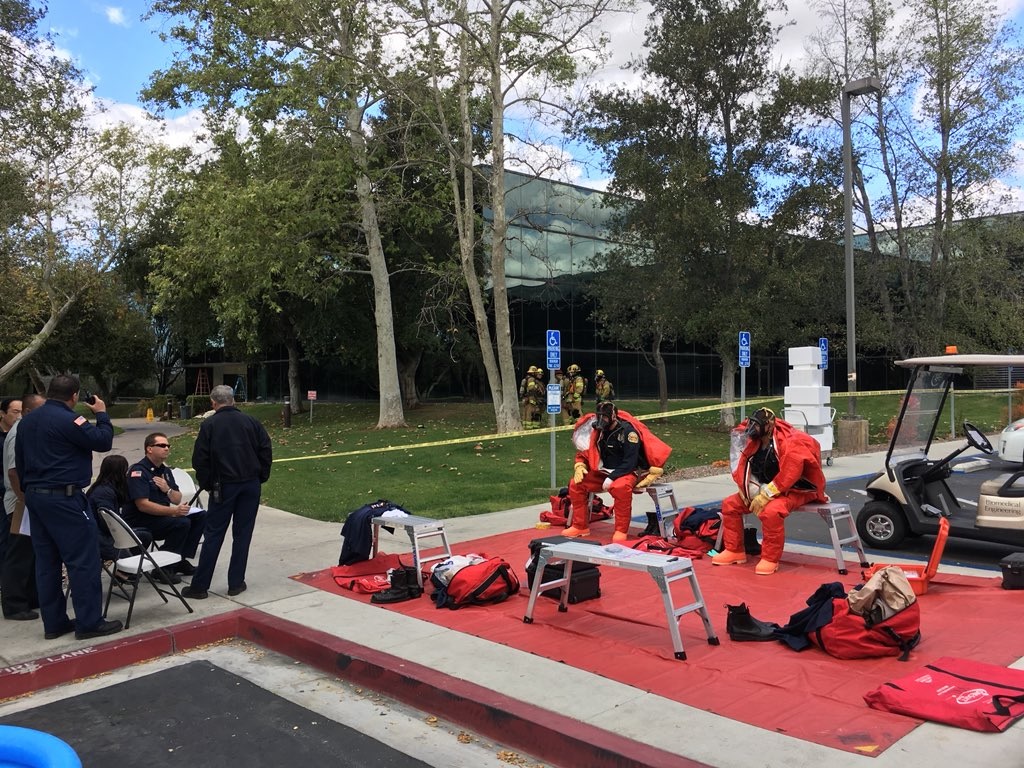 By Emily Rasmussen and Eric Heinz

An ammonia leak around 10 a.m. on Friday, March 16, at Quest Diagnostics Nichols Institute, a medical laboratory in San Juan Capistrano on Ortega Highway near Caspers Wilderness Park, prompted an evacuation of up to 200 employees and a response of more than 50 Orange County Fire Authority (OCFA) firefighters, including a hazmat team.

OCFA Capt. Stephen Horner said that at 9:53 a.m., OCFA received a call concerning an ammonia leak from a commercial business on the 33000 block of Ortega Highway in San Juan Capistrano. The leak was inside one of the business’ two-story buildings of the complex, and when units arrived OCFA evacuated the 100 to 200 employees out of the building.

“Firefighters with OCFA and the hazmat team made entry into the building, they were able to find the leak, stop it and clear the building of any other hazards,” Horner said around 1 p.m. “There were no injuries to firefighters or employees there and the building is being turned back over (to the business).”

Scores of Quest Diagnostics employee’s cars lined the sides of Ortega Highway around noon as employees, who were coming into work for the day, waited for the evacuation to be lifted. The employees, who asked to not be named, said they couldn’t remember anything like this happening before. Security guards who prevented traffic from coming into the business declined to comment. 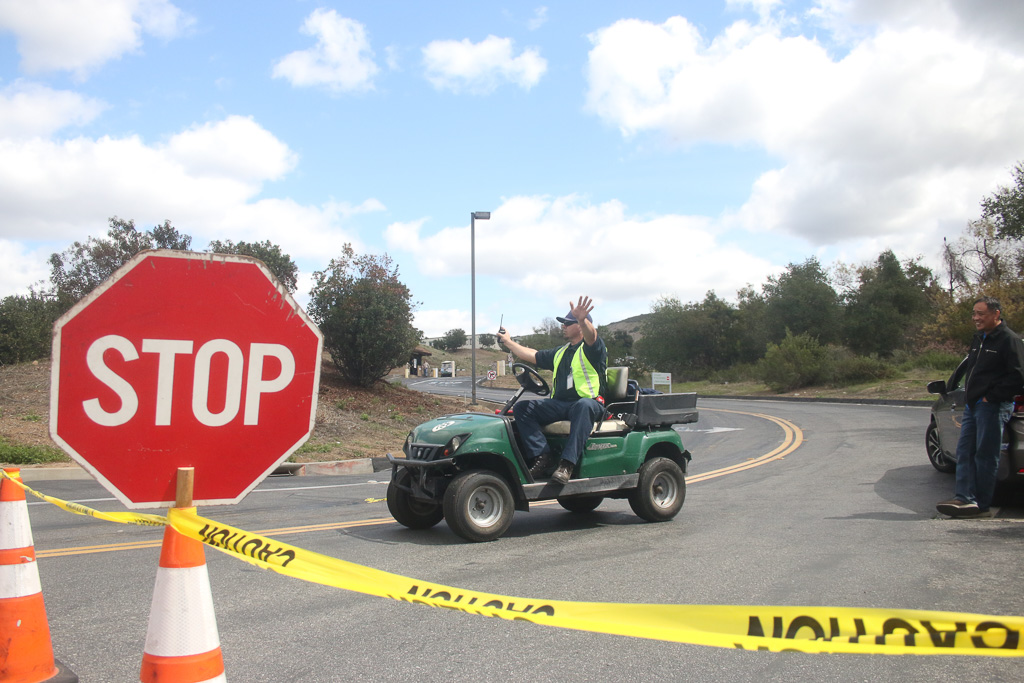 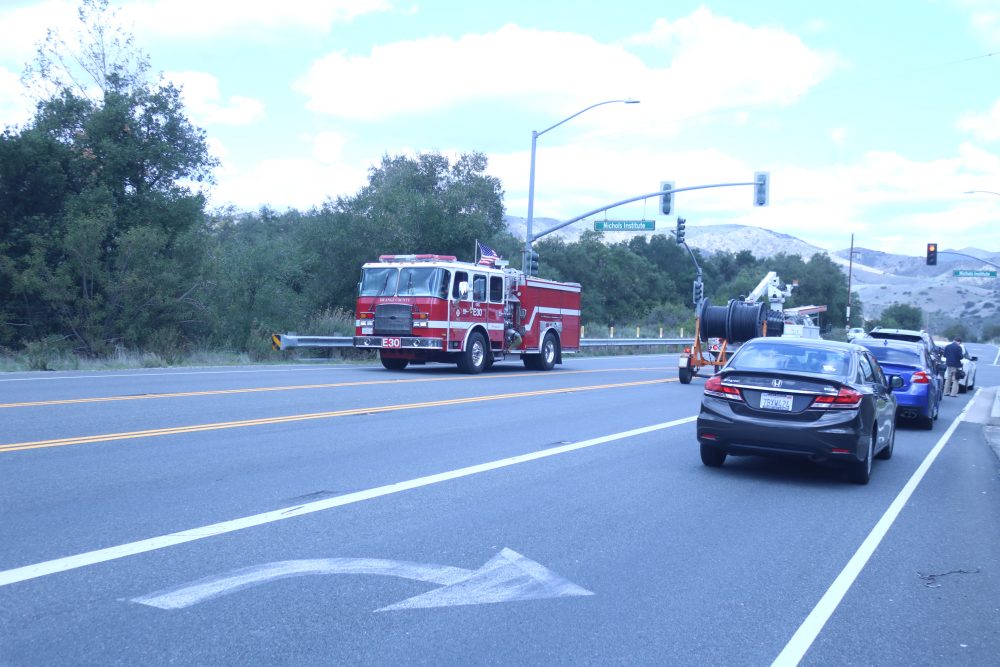 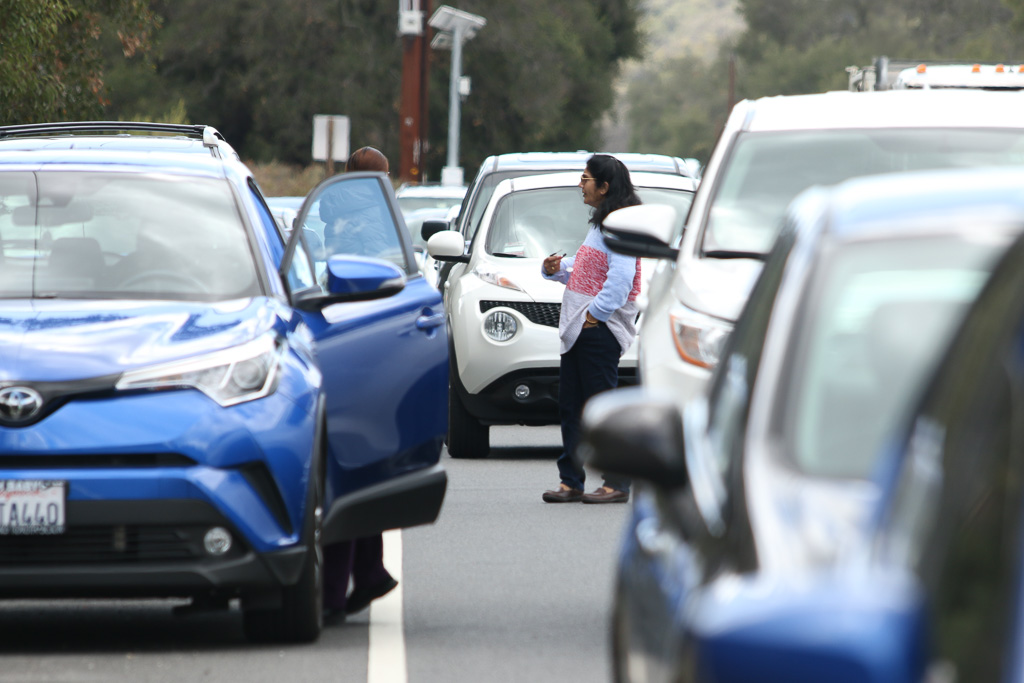 Quest Diagnostics employees wait for the evacuation to be lifted. Photo: Eric Heinz

Quest Diagnostics employees wait for the evacuation to be lifted. Photo: Eric Heinz