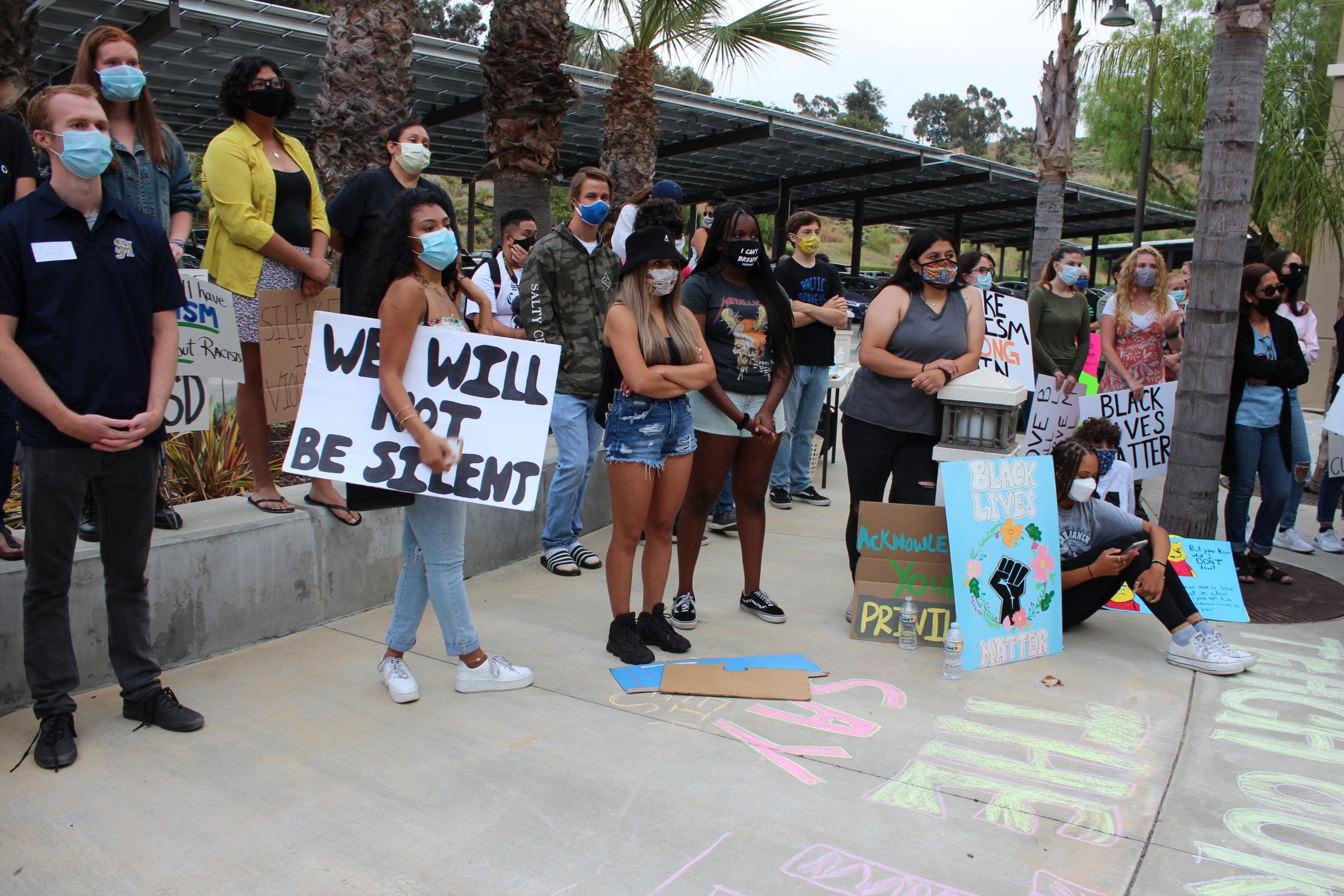 An anti-racism protest was held outside the Capistrano Unified School District (CUSD) offices on Wednesday, June 24, while the Board of Trustees held a virtual meeting.

Students and parents recalled their personal experiences with racism in the school district, including discrimination and microagression, some classrooms segregated with people of color being treated unfairly, as well as educators and officials not taking their claims seriously.

Protests against racism and police brutality have happened in South Orange County and throughout the world after George Floyd, a Black man, died in Minneapolis on Memorial Day after police officer Derek Chauvin forcibly placed a knee on Floyd’s neck while Floyd was subdued on the pavement. Chauvin, since fired, is charged with second-degree murder, third-degree murder and manslaughter, and charges of aiding and abetting have been brought against three other since-fired officers on the scene.

Angelie Jackson, who just graduated from San Juan Hills High School, said she was mocked for her skin tone, hair and her dad being African American throughout elementary, middle, and high school.

“People would even ask me questions, ‘Are you a slave?’ ” Jackson said. “They don’t do anything about it. When it gets reported, it just gets called bullying and is left alone.”

Parent Shereen Rahming said she had to pull her children out of school because of the racism they had encountered.

“My daughter was in class and found a Confederate flag on her desk,” Rahming said. “My daughter was on the field one day when a group of boys came up to her and started chanting, ‘Build the wall.’ I am a Central American immigrant, so of course they knew exactly where to hit with that one.”