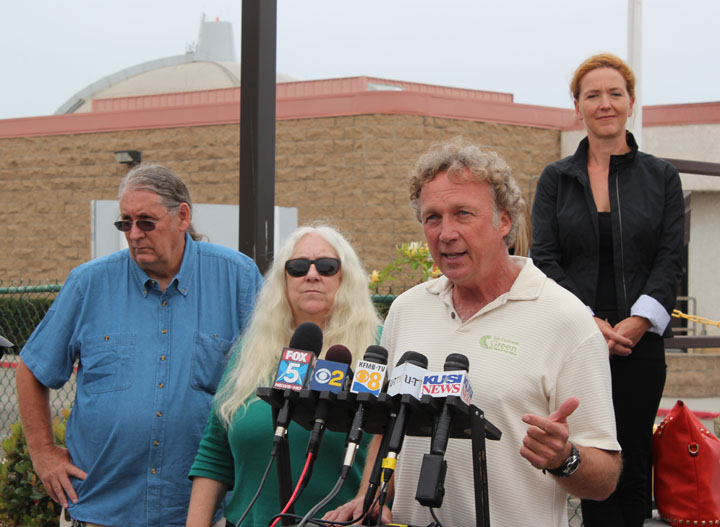 The mood was jubilant at a celebratory press conference in front of SONGS, where many prominent activists gathered.

Gary Headrick, the leader of San Clemente Green, which has been fighting the effort to restart the plant, was ecstatic by the news.

“It’s a huge relief and very emotional,” Headrick said. “The only thing I can compare would be the days my children were born and there’s all that anxiety and stress, you want it to come out right. And then comes the moment where the reality is they’re healthy and they’re happy. It’s the same with this nuclear power plant. It’s incredible to think what was at stake and how incredibly important today is, not just for San Onofre, but Diablo Canyon and other nuclear power plants around the world that have this old technology.”

Headrick said he was willing to see fuels like natural gas used as a stop-gap measure for power generation until alternative fuels could come online. Headrick expressed hope that current plant workers could be re-trained to work in renewable energy.

Gene Stone, of Resident Organized for Safe Environment, said activists had won a victory but that the job wasn’t done.

“We’re very happy about this news today, but really the work is just beginning,” Stone said. “The NRC has this program to make every nuclear power plant a waste dump for 200 years. That’s totally unacceptable. Now our job moves from shutting down this dangerous nuclear power plant to getting it decommissioned and moved out. We’re committed to helping do that. We are not, in any way, going to allow this to become a nuclear waste dump.”

Stone said he wasn’t surprised that it was ultimately economic factors, not a regulatory decision, that closed the plant.

“That’s what we expected,” Stone said. “The NRC has never closed a nuclear power plant. They have failed as regulators to ever really do their job properly. Every plant that has been closed has been closed due to economics.”