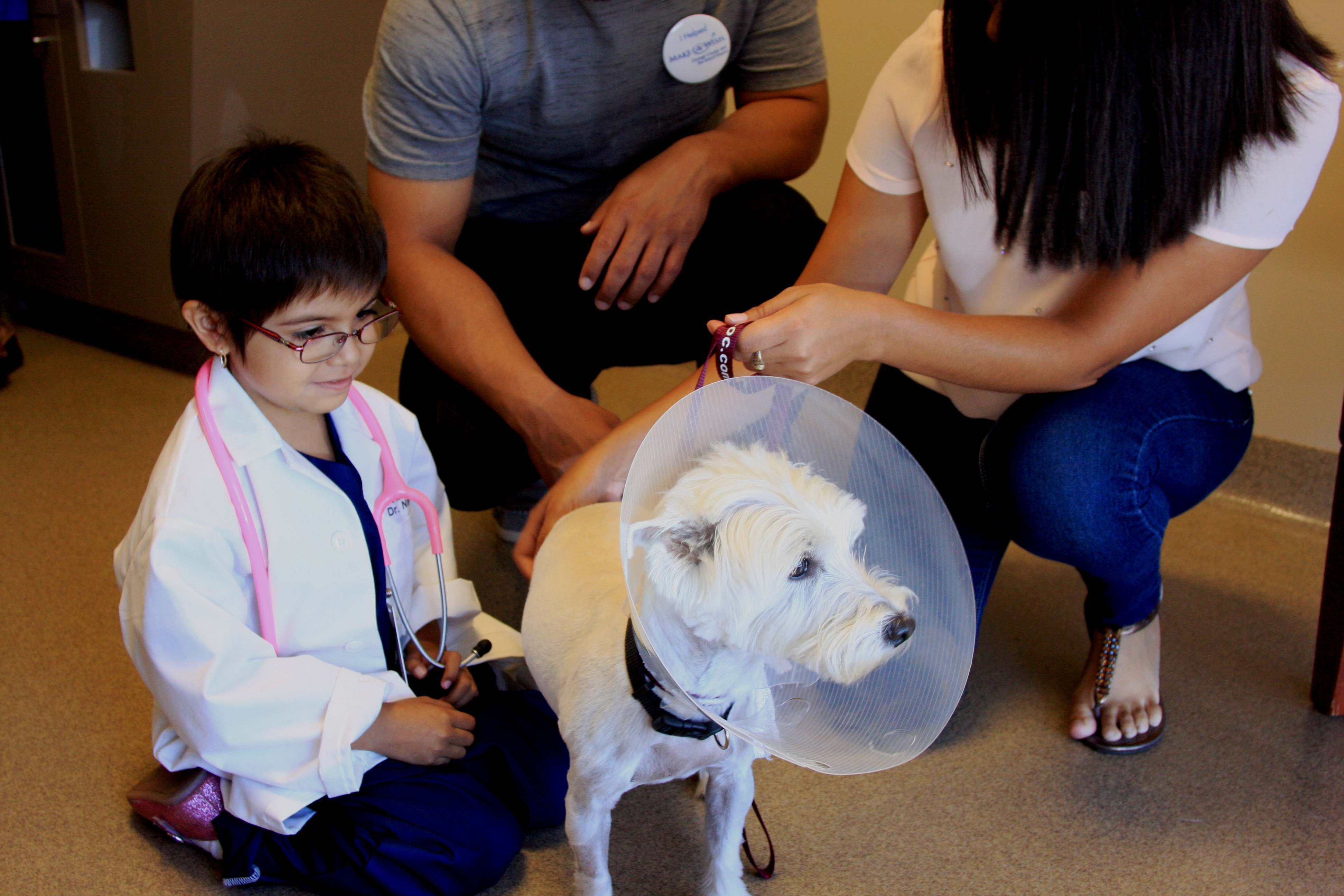 What young girl doesn’t dream of being a sparkling Disney princess? Or even a world-famous actress or singer?

How about a veterinarian?

For one girl who’s been battling cancer for the past 11 months caring for animals is more important than being a princess, and thanks to the Make-A-Wish Foundation and a San Juan Capistrano business, she got to do just that.

On Monday, Aug. 18, 5-year-old Nominee Guerrero from Placentia got to be real life veterinarian for a day, a wish she made through the foundation’s Orange County and Inland Empire branch. Guerrero, along with her mother and father, arrived at the Veterinary Medical and Surgical Group in San Juan Capistrano and was greeted by Make-A-Wish volunteers who gave her a pink stethoscope and a custom-fit lab coat.

First, “Doctor” Guerrero toured the facility and met all of the animals in their cages. After that, she removed some stitches from a dog that had previously undergone surgery and then proceeded to perform routine checkups on other visiting pets.

Guerrero has three dogs at home that she spends time with all day.

“It’s strange because she doesn’t play much with dolls,” said Guerrero’s mother, Urla Silvia. “At home she gets bored with the dolls and dresses the dogs up instead.”

Guerrero was diagnosed with acute lymphocytic leukemia last September. After enduring chemotherapy once a week and spinal taps once a month for about nine months, Silvia said she’ll be in maintenance for the next year and a half.

Guerrero was originally referred to the Make-A-Wish foundation by a social worker at Kaiser Permanente.

“I was surprised when she wished to be a vet,” Silvia said. “I knew she loved animals but she’s only 5, so I expected her to ask for toys. You just don’t expect a child that young to want to be a vet.”

After performing several checkups on dogs and cats, Guerrero said she was very happy she got to visit the hospital and wants to be a veterinarian when she grows up.