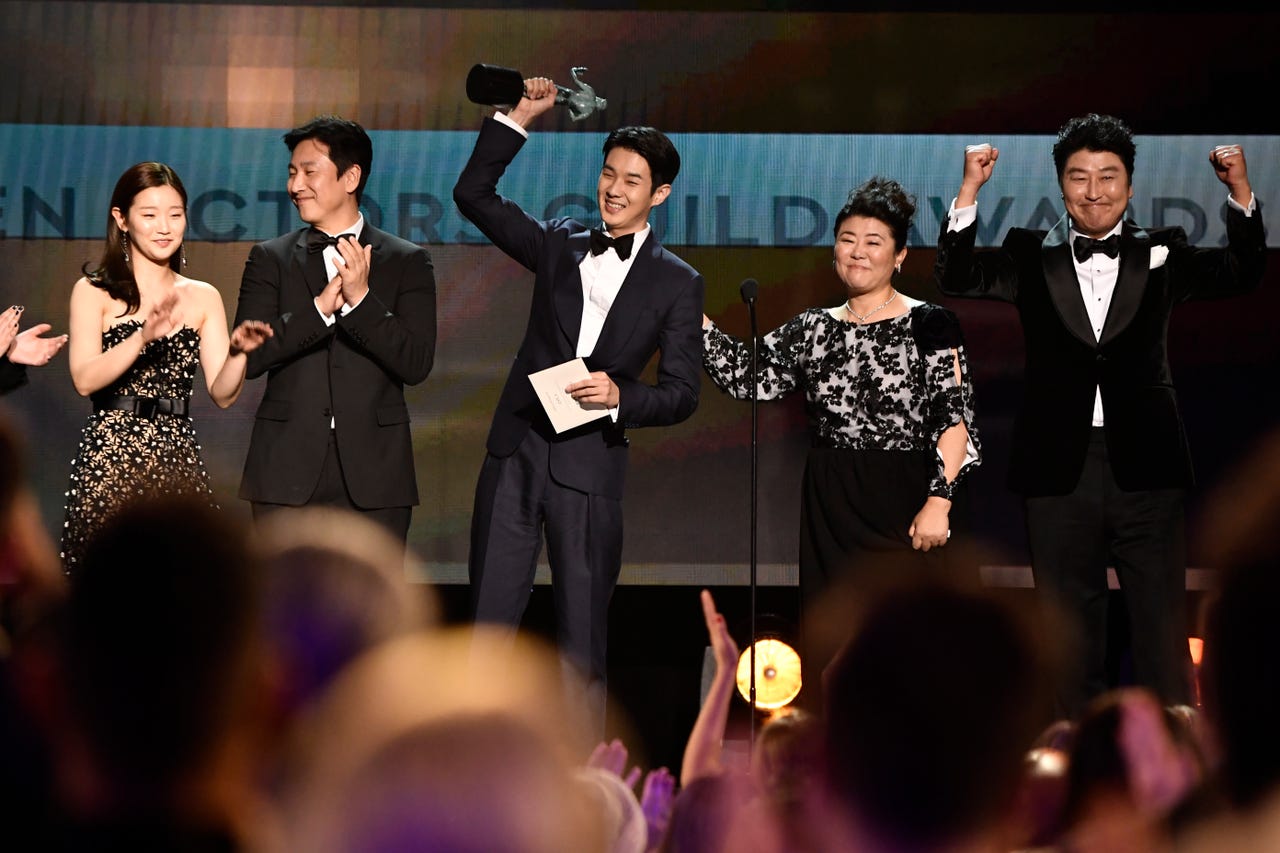 This month’s Screen Actors Guild awards remind us why they are still the smoothest-running televised awards show out there. No host and only a dozen categories within a two-hour runtime. Movie-wise, it’s probably a good thing everything this season is being held a month earlier, because all the acting contenders are bizarrely boring this year. Joaquin Phoenix and Renee Zellweger won Best Actor and Best Actress once again for Todd Phillips’ Joker and Rupert Goold’s Judy, respectively. While Phoenix’s win could arguably be his “makeup” year, it’s still unfortunate for me, because I continue to not see the appeal of Joker. Zellweger’s win is even more baffling to me since she already got her Oscar 17 years ago, so one would assume it would be a rare, weak year for female lead roles. But it’s not even that, because Ana de Armas for Rian Johnson’s Knives Out and Lupita Nyong’o in Jordan Peele’s Us are still around.

Brad Pitt and Laura Dern are also in similar circumstances as this season’s frontrunners for Supporting Actor and Supporting Actress. While fine in Noah Baumbach’s Marriage Story, Dern’s hype and current SAG win for Marriage feels a little belated. Pitt was my favorite of the two male leads in Quentin Tarantino’s Once Upon a Time in Hollywood, but was anyone expecting him to keep winning over legends such as Al Pacino and Joe Pesci in Martin Scorsese’s The Irishman?

The night ended on the most interesting note, with Bong Joon-ho’s Korean satire Parasite winning Best Ensemble Cast, as the Guild showed some love for not only a well-performed feature but also a film made outside of our homeland. While the winners are looking to be a little underwhelming so far, at least we’re losing three weeks’ worth of Hollywood politics and attention-seeking this year.