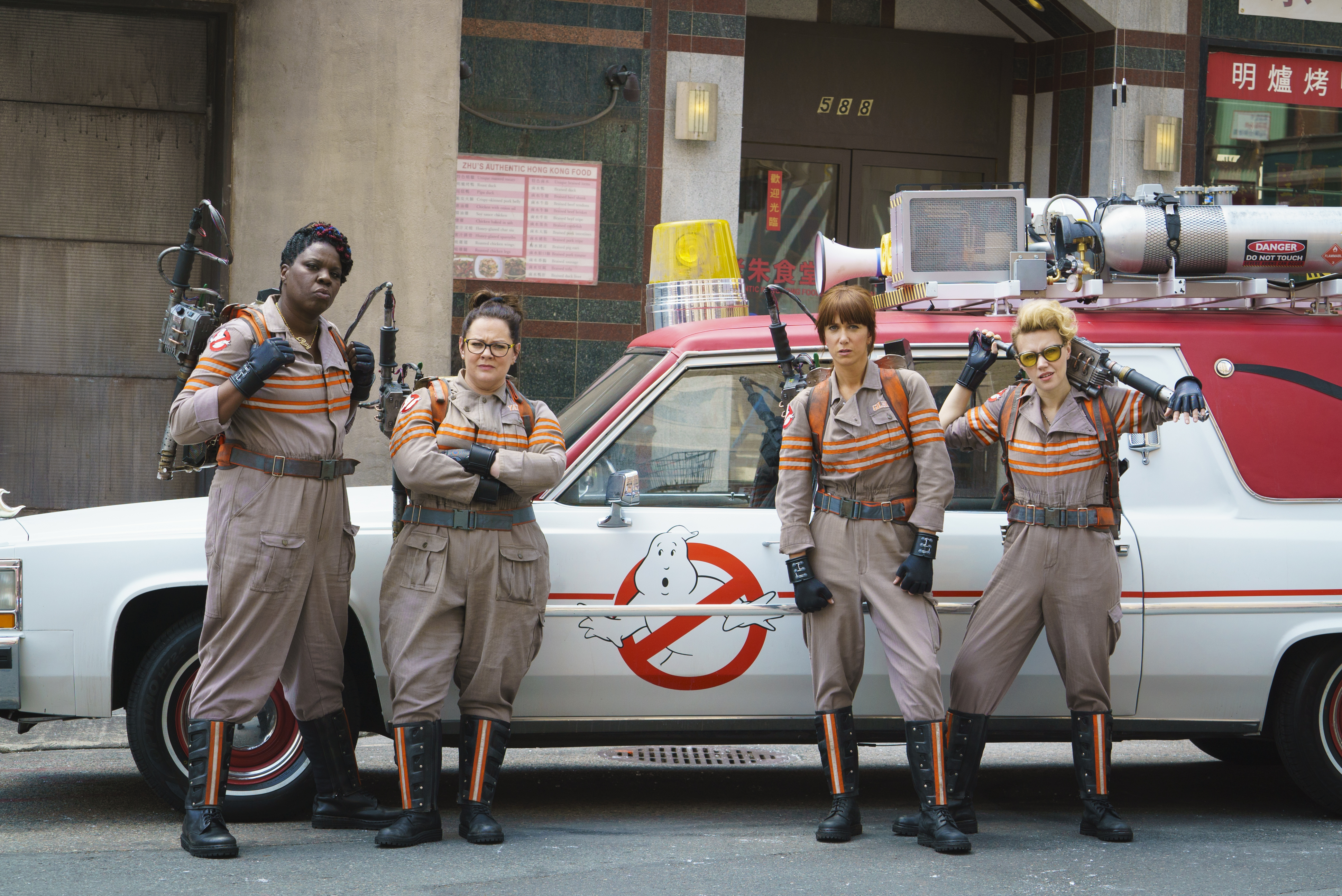 At the Movies: These Ghosts are a Bit of a Bust

It’s a tale as old as time (or as old as the 1980s, to be more realistic): a Hollywood studio chooses to revisit an original idea from a long time ago rather than green-light a new, unique concept. Seven years ago, it was the Star Trek reboot. Last year, it was Star Wars. And right now, it’s Ghostbusters. But this time, comedy filmmaker Paul Feig is giving us a gender-swapped remake. With a good cast and interesting spin, is it actually good?

After getting fired from her college teaching job, Erin Gilbert (Kristen Wiig) reunites with her old friend, colleague and fellow paranormal believer Abby Yates (Melissa McCarthy) to explore and experiment with engineer Jillian Holtzmann (Kate McKinnon). They start with successfully proving a famous house is haunted and then quickly come up with the idea to become professional “ghostbusters.”

Leslie Jones co-stars as the eventual fourth ’buster. I’m not going to comment on all of the gender politics that have made this film’s marketing and press tour so polarizing because I think everything that has to be said already has been by now. I can say that Feig and company have made much smoother and entertaining films with Bridesmaids (2011) and Spy (2015). Ghostbusters has stale writing, sloppy editing and a weak villain to boot. One good thing I can add is that Wiig gives probably her best, lead performance since Bridesmaids, but it is wasted with a rushed product. Unless you’re a diehard fan of this comedy group, you’d be better off re-watching the original.

At the MoviesGhostbustersmovie review
sharing