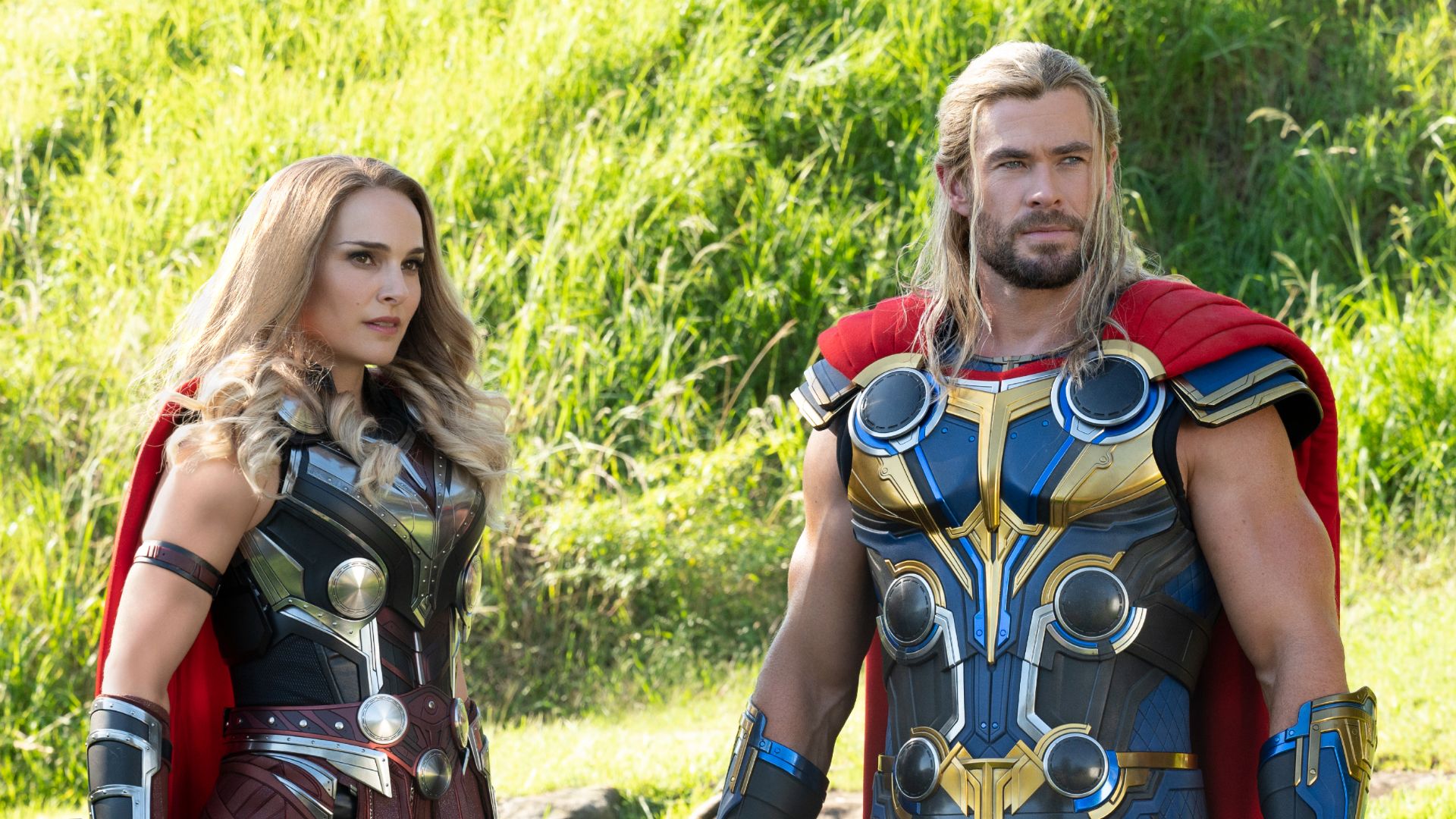 At the Movies: ‘Thor: Love & Thunder’ Not So Thunderous

Taika Waititi’s Thor: Love & Thunder almost works as a cautionary tale for what happens when you buy into your own hype as an artist.

The writer-director’s brand of wacky humor seemed to work for his previous Marvel sequel Thor: Ragnarok (2017), based on the solid critic and audience reception.

What happened to make Love & Thunder not only one of Waititi’s lowest-scored films on Rotten Tomatoes, but also one of Marvel’s?

The title, Thor: Love & Thunder, already sounds like a cheeky play on an episode of a 1980s morning cartoon. The use of classic rock music for the soundtrack, as is the case with many MCU movies, also fits.

Based off the cast—from Thor regulars such as Chris Hemsworth as the God of Thunder himself; Natalie Portman as his on-again/off-again flame Jane Foster; Tessa Thompson as soldier-turned-New Asgard leader Valkyrie; and Waititi as sidekick Korg, who is mostly CGI comic relief; to Christian Bale and Russell Crowe joining as two latest big names to appear in an MCU flick—Love & Thunder should make for decent entertainment.

Even so, the underwhelming posts and tweets continue this week on social media.

Well, here’s my take. Picture the familiar cliché of the hotshot quarterback who wins the big game at the end of the school year and is going steady with the prom queen to his prom king. You know, the one in which said big shot peaks in high school and never fully recovers or moves on?

That’s Thor in Love & Thunder. He helped save the universe with the Avengers and is now just coasting along defeating local threats and dangers. The Guardians of the Galaxy are even dodging his contributions to the superhero team, and he’s still pining over Jane, who is seemingly occupied with her huge success as a scientist and author.

This new portrayal of Thor is lovingly played for laughs at the hero’s expense, but I actually found it mostly cringeworthy and missing the mark.

Portman and Thompson are awesome as Jane and Val ready to kick butt, yet are sidelined often for the male lead.

Crowe has an amusing cameo as Zeus, though one has to wonder what accent he was going for during that sequence, while most of Bale’s screen time is wasted as a knockoff of Harry Potter’s Voldemort.

Some parts of Love & Thunder showed potential, such as a scene in “The Shadow Realm” where the film suddenly turns to black-and-white.

But as of July 2022, I would officially rather watch completely fresh, original stories or my favorite movies again over anything new in the MCU.