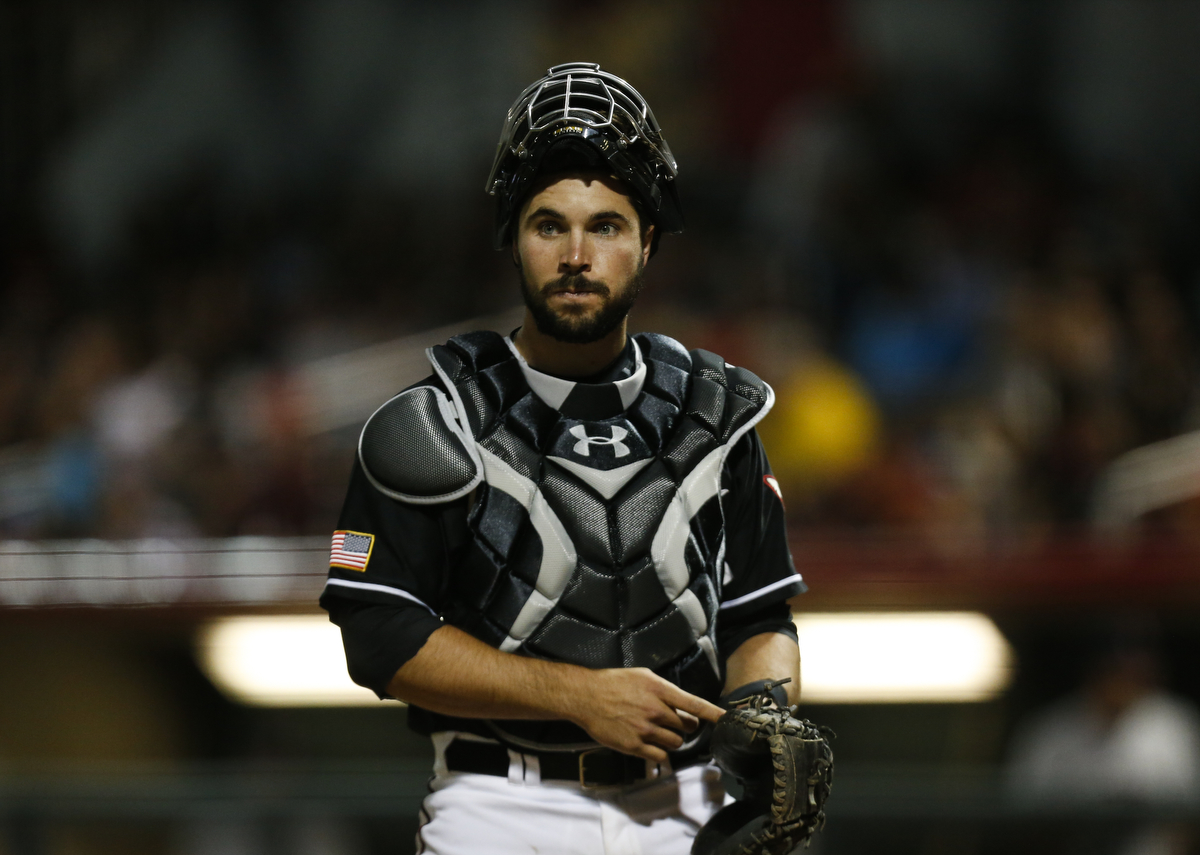 Austin Hedges, a former JSerra Catholic standout catcher, made his Major League Baseball debut on May 4 for the San Diego Padres against the San Francisco Giants.

After being called up to the big league squad on May 3, Hedges trotted out to the batter’s box as a pinch hitter in the eighth inning and struck out on four pitches to reigning World Series MVP Madison Bumgarner.

Hedges was called up to join the Padres active roster after starting the year for Triple-A affiliate El Paso, where he produced strong numbers at the plate. Hedges was hitting .324 with an OPS of .926 in 70 at bats in the Pacific Coast League before his call up.

Hedges, a second-round draft pick in 2011, has been regarded as one of the top defensive catchers in the minor leagues, and has been a mainstay atop the Padres farm system rankings by multiple baseball media outlets. He is currently ranked the organization’s No. 4 overall prospect by Baseball America.

The scouting report on Hedges throughout his minor league career has been that he is an above average defensive catcher but lacked in the batting department. After the 2014 minor league season, his career batting average sat at .251 to go along with a .311 on-base percentage. His recent showing at Triple-A El Paso, where he drew a walk at the same rate he struck out (8:8) while also hitting two home runs and driving in 15 RBIs, is a positive sign offensively for Hedges moving forward.

Hedges’ pitch framing, which is the ability to receive a ball and influence the umpires decision, and throwing arm are what set him apart from other minor league backstops.

According to www.fangraphs.com, Hedges threw out 38 percent of potential base stealers while in Double-A last season and produced the single best minor league pitch framing season on record. In the report, fangraphs points out that Hedges earned his pitchers 37 more called strikes than the average catcher in the minor leagues over the course of the season. The next closest backstop earned his pitcher 21 more called strikes than the average.

In short, Hedges is a defensive wizard behind the plate.

Hedges will serve as the team’s backup catcher, splitting time with starter Derek Norris, who the Padres traded for over the offseason. Norris has had an excellent start to the 2015 season, batting .323.