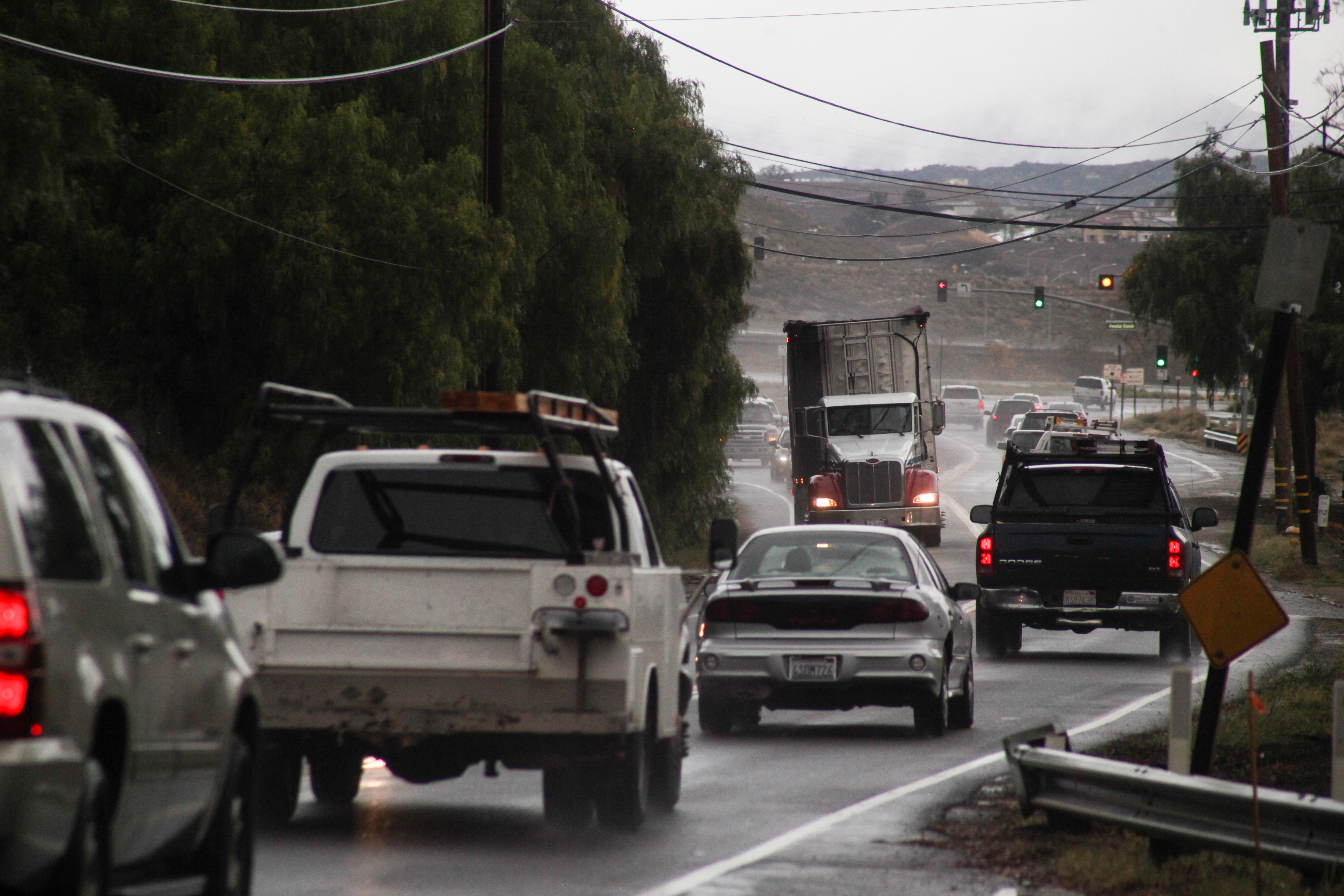 Backtracking on the Bottleneck

In order to even discuss a design contract for the widening of a section of Ortega Highway Tuesday night, the City Council had to first push the redo button.

Council members had already approved the more than $1.5 million design contract for the widening of a 0.9-mile stretch of Ortega Highway at their last December meeting; however, Mayor Pro Tem Kerry Ferguson wanted the chance to reconsider that contract approval. Conveniently for those on the council wanting a second chance, a new city policy was approved the same night, allowing for a do over.

Following the years of work and funding dedicated to widening the entirety of Ortega Highway from two lanes to four lanes—and eliminating what many in town know as a 0.9-mile “choke point”—it’s no surprise that the decision to stop the project was controversial.

At the City Council’s Dec. 15 meeting, the council took action to approve moving forward with a personal services agreement with Anderson-Penna Partners for engineering design services in the amount of $1,545,646, which included preparing plans, specifications and cost estimates for the Ortega Highway “city-segment” widening project. The council also approved an amendment to a “funding assistant agreement” for the project with Rancho Mission Viejo.

On Jan. 5, the first council action item on the agenda was “consideration of revising City Council Policy 130—rules of order and procedures.” Brought by Mayor Pam Patterson and Councilman John Perry, the item adopted the latest version of Rosenberg’s Rules of Order (the 2011 edition) with the exception of policy regarding motions for reconsideration, which was adopted from the 2003 edition of Rosenberg’s Rules.

The council approved the new policy, with Allevato dissenting, and moved straight on to reconsidering the engineering design contract for the Ortega widening project. A motion to reconsider the contract was approved at the meeting, which was the first meeting following the original contract approval, and according to the newly passed policy, the council was then able discuss, once again, their issues with the project.

Councilman and former mayor Derek Reeve was home sick during the meeting, but took to Facebook to voice his concerns about the council’s actions. He referred to the meeting as “maddening,” reprimanded the council for “blaming staff for doing their jobs,” and went a step further to say the coordination of agenda items G1, G2 and G3 and “comments by councilmembers” revealed the “council majority had to (have) violated the Brown Act.” He clarified that the comment reflected his personal opinion.

“They could have moved to suspend the rules regarding reconsideration but that requires 4/5 vote,” Reeve wrote in a comment on his public Facebook page. “They knew they could not get that. So instead they just changed the council policy.”

Ferguson said she brought the topic back to the council because she “didn’t care for the way the item was presented,” adding that she believes the council was not provided all the information they needed to make a “prudent and good decision” for the city.

Quoting a 2002 strategic transportation plan paid for by the then-city council, Ferguson explained her reasoning for questioning the necessity of the widening project. She said of the transit projects discussed in the plan, the widening of Ortega Highway was listed at the very bottom of secondary strategies to alleviate traffic congestion, following potential projects like the completion of the 241 toll road and an Avery Parkway extension. Ferguson said she wanted the Avery project to be reconsidered.

Allevato countered that the Avery extension is not on the county’s current master plan of arterial highways, and staff confirmed that a request to the Orange County Transportation Authority would have to be made to conduct a study to see whether or not that project would be eligible for funding. City Engineer George Alvarez also noted complications such as hilly topography in that area.

The widening project seeks to improve a 0.9-mile stretch of Ortega Highway between Calle Entradero and the eastern city limits near Reata Park that narrows from four lanes to two. The section of roadway is the last between Interstate 5 and Antonio Parkway/La Pata Avenue that remains unimproved.

The public’s comments at Tuesday’s meeting were largely in favor of pursuing the widening. More than a dozen residents who commute daily along the Ortega, have children who go to school in the area or live in a neighborhood close to the highway, warned the council of how unsafe the two-lane section has become. Thirty-nine-year residents Dennis and Marlene Draper said the area is especially prone to flooding.

“Ortega Highway has been widened. We can’t go back to those days unfortunately,” Marlene said in response to residents reminiscing over the highway’s scenic history. “Please listen to those of us who live there.”

Those opposed to the project voiced concerns over losing the “charm” of the “historic” highway. Some mentioned not wanting sound walls near their homes, while others questioned the validity of safety concerns such as flooding. Ferguson later said she doesn’t see “beauty in concrete walls,” and Perry commented that he was against sound walls and retaining walls and didn’t want to ruin a “scenic road to increase traffic.”

Allevato pleaded with his colleagues to listen to the majority of the residents at the meeting and “remove the bottleneck,” making the highway “safer for everyone.”

“It simply begs to be improved. There’s no reason I could see for not moving forward with this,” Allevato said.

In addition to any improvements lost by not completing the project, City Engineer George Alvarez estimated the total amount of lost revenue that was slated to widen the street is close to about $15.5 million.

“$6.1 million would be in Measure M, that’s competitive money. Grant money from Measure M can only be used for widening purposes,” Alvarez said. “We also stand the chance to lose $10 million from the county of Orange. The $10 million is because the widening project was split into two phases—the county portion and then the city portion. There was an agreement executed several years ago between OCTA and the county, and that’s what the county owes the city of San Juan Capistrano—$10 million.”

Allevato asked Alvarez what it would take to generate the $16 million to do the project 10 or 20 years from now.

“We couldn’t do it without external funding, because the total cost of this project is $29 million, and there’s no way the city can make up that lost revenue without external funding,” Alvarez said. “We don’t have the resources here. What we get in Measure M, the Fair Share and the gas tax per year is close to $1.6 million, and most of that money is used for the repair of our city streets.”