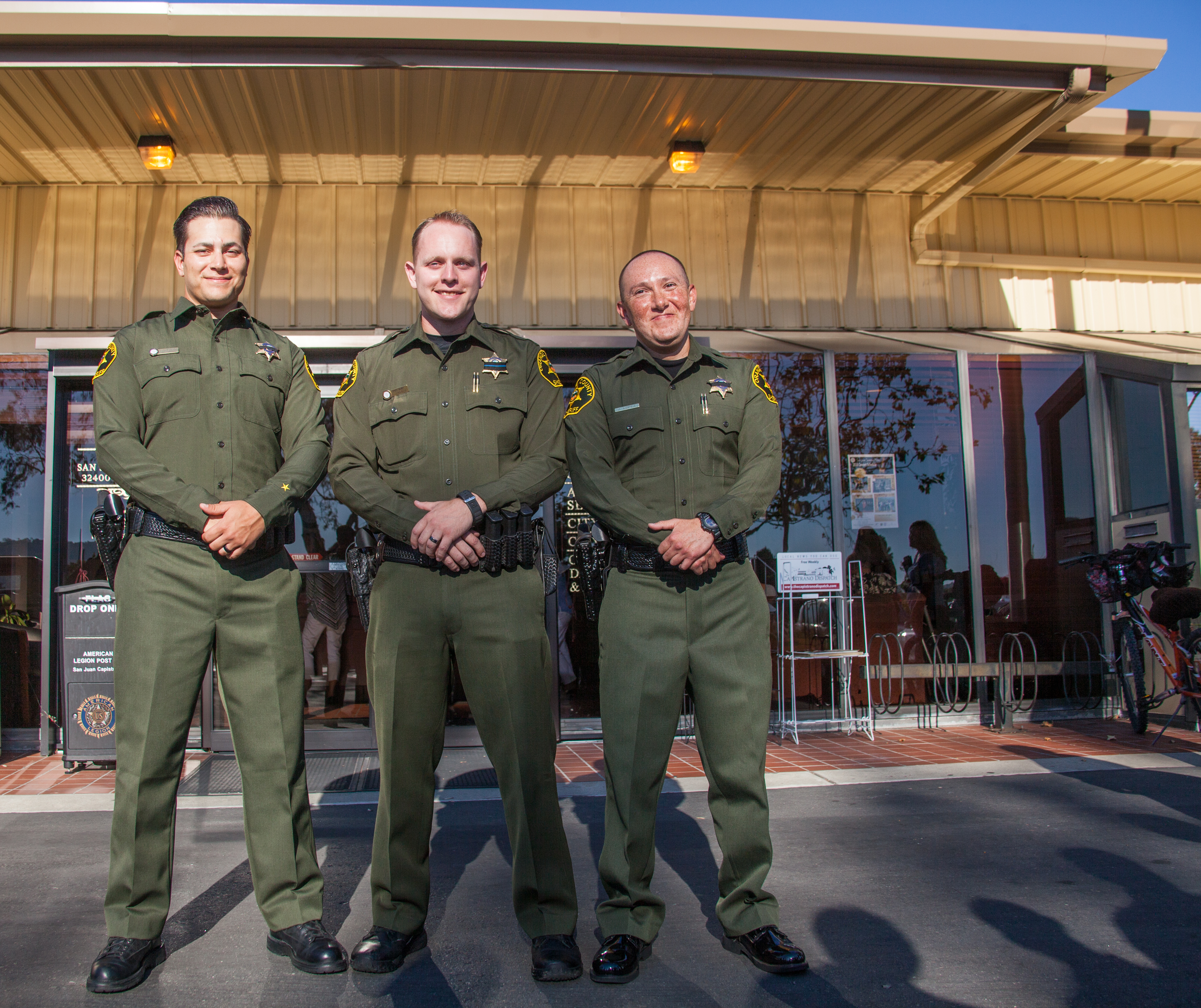 It was standing room only at the beginning of Tuesday night’s City Council meeting. Every person in attendance sat or stood with bated breath as they watched the video footage of what could have been a fatal 911 call for three San Juan Capistrano deputies on April 27.

Even though those in the audience knew what would happen, gasps filled the chamber as a suicidal man began firing rounds at the deputies who answered a call for help that day. A camera on a patrol car captured the spray of bullets, shattering glass as deputies ducked to the ground.

The Council chamber remained silent as the video played out, except for the voice of San Juan Police Services Lt. Scott Spalding, who explained to viewers how the deputies’ training helped them find safety while under fire and ultimately allowed them to make an arrest without any injuries to any party.

Those three deputies— Leith Chacon, Juan Lopez and Anthony Franco—were also sitting in the chamber, accompanied by their families, friends and fellow officers. They were there to be recognized and commended by the city for their courageous actions while under fire and for serving the residents of San Juan. When it was time to approach the podium, the entire chamber erupted in a standing ovation.

The three deputies responded to a 911 call on April 27 from a distraught woman who had locked herself and her two children in her house because her husband was armed with a rifle and was threatening to end his life. When deputies arrived on the scene, the man fired more than 50 rounds at them while standing inside an open garage. After a third volley of bullets, a pause finally came and the officers were able to identify the location of the subject, gain a tactical advantage and force the man to surrender.

Mayor Pam Patterson read from the city’s declaration Tuesday night, saying that the deputies’ training and use of the basic principles of cover, concealment, communication and movement, bravery and quick thinking saved their lives, and ultimately led to the arrest of the suspect without loss of life or injury.

Following the presentation of the plaques, Lt. Spalding commended the officers.

“I’m proud of the 19 deputies that work in the city of San Juan Capistrano,” Spalding said. “A lot of deputies request to come to our city, and these are three of the finest police officers I’ve ever met.”

For interviews with Deputies Chacon, Lopez and Franco, visit www.thecapistranodispatch.com