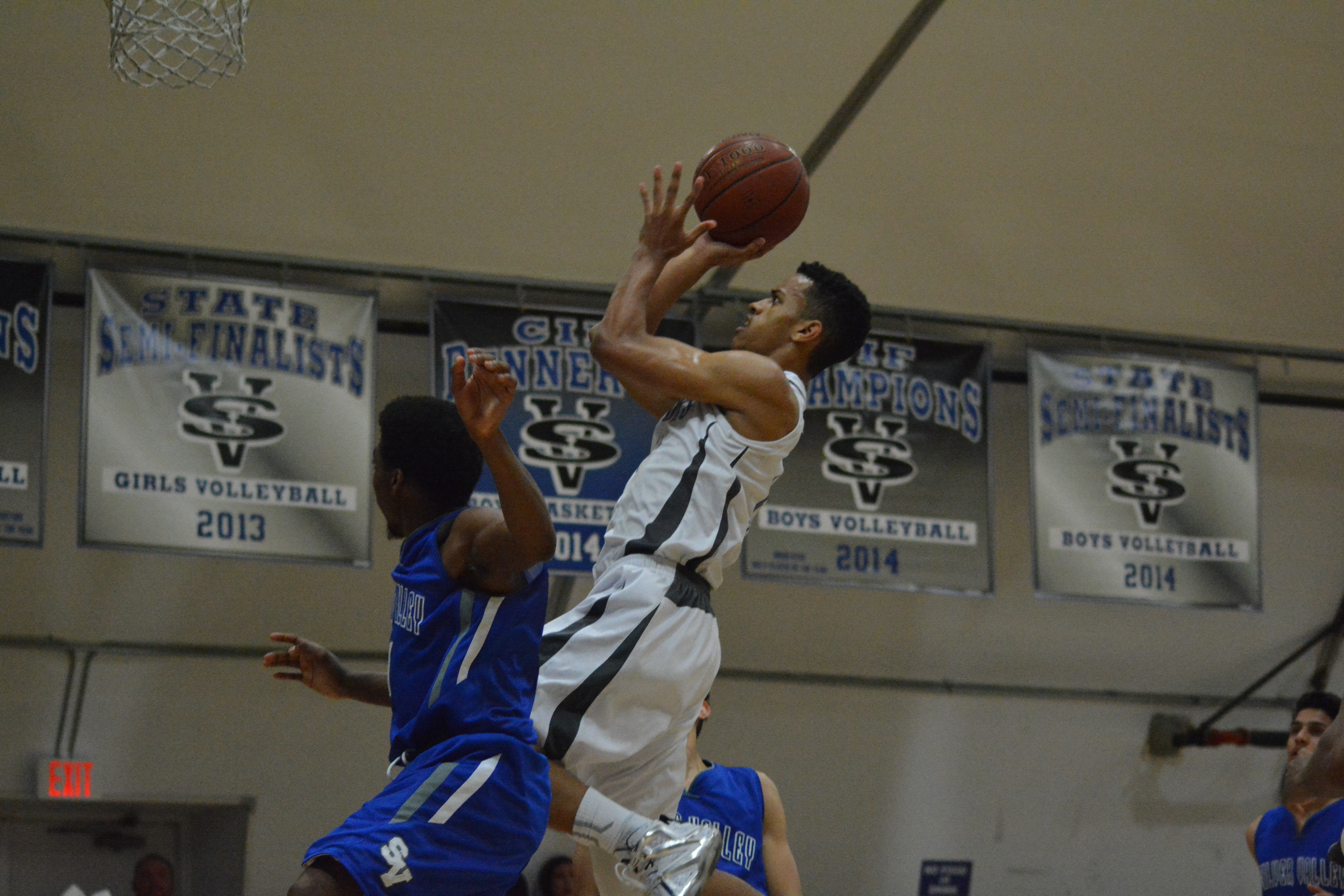 Four minutes into its CIF-SS Division 5AA quarterfinal matchup against visiting Silver Valley on Feb. 23, the Saddleback Valley Christian boys basketball team found itself encased in a whirlwind of nerves and noise.

The No. 2-seeded Warriors fell behind early, but found a guiding light in the form of senior guard Trey Smith, who righted the ship and powered SVC to a 79-49 victory.

The Warriors (19-11) will play the winner of Flintridge Prep-Yeshiva in the Division 5AA semifinals on Feb. 23. Results were not available at press time.

Playing in front of a raucous home crowd, with plenty of visiting fans and students sprinkled in, the Warriors could not find a groove in the opening four minutes of play and fell into a 12-3 hole.

Following a timeout, the Warriors, led by Smith, bounced right back. Smith scored 16 points over the next 12 minutes, fueling a critical 15-1 run that stretched midway through the first quarter and into the second, giving SVC an 18-13 lead it would not let go of.

As Smith drove to the basket and hit spot-up jump shots, the Warriors offense began to play its brand of basketball. The attention drawn to the standout senior guard freed up the Warriors formidable frontcourt that features junior forwards Tyshan Barrett and Nick Andrews. Freshman Jon Scherer also helped increase the Warriors lead by knocking down four first-half 3-pointers.

“It was a big game I think we just had to settle into a groove. We weren’t really playing our patient game, we wanted to slow it down,” Smith said. “We kind of got caught up in things and once we settled down everything turned out alright.”

Smith led all scorers with 26 points.

The Warriors  now find themselves in the semifinals of the playoffs for the second time in three years.

“Over summer we came into it saying ‘We’re going for a CIF Championship’. We just have to stay focused and stay hungry and not get ahead of ourselves,” Smith said.