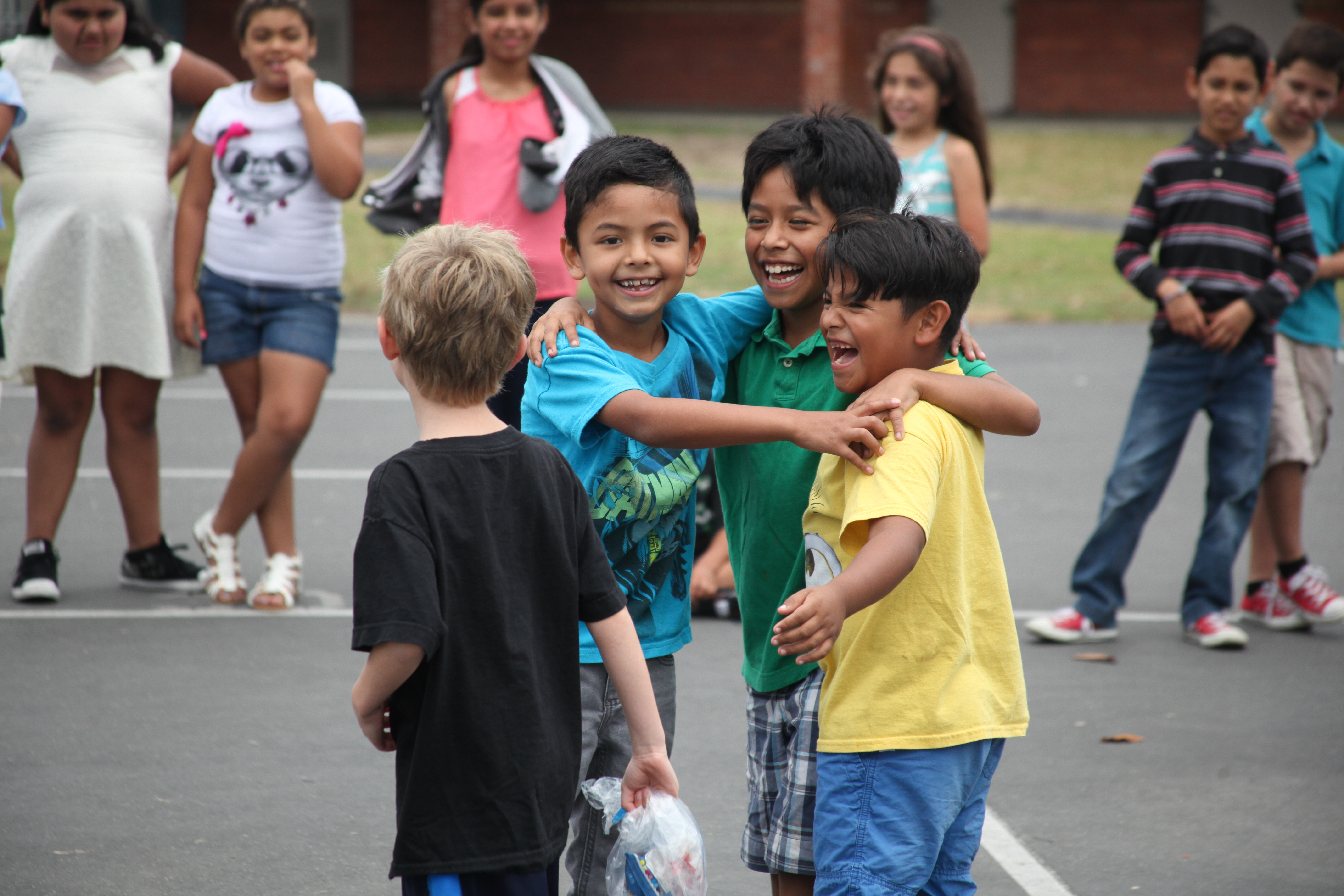 And whether or not you knew that translation, it’s not hard to see the core values of local nonprofit CREER Comunidad y Familia in the smiling faces of their volunteers and the children they serve—belief in the power of the human spirit, belief in the power of community and belief that all goals and dreams are achievable.

These are the values being instilled in students and volunteers alike each day this summer during CREER’s summer programs, taking place in borrowed classrooms at San Juan Elementary and Kinoshita Elementary, thanks to the support of the Capistrano Unified School District. Angeles Ceballos, Executive Director of CREER, said she believes it’s programs like these that keep students focused, motivated and on track for future success.

“The most important part is that the kids are actually learning and closing some of the (educational) gaps that most of them have because they’re trying to learn two languages at the same time,” Ceballos said. “There are no summer programs available at (public) schools right now, so our kids were going to be out on the streets, and they needed somewhere to go to have fun. This also prevents them getting involved in gangs or trouble.”

While CREER was founded in 2004, the summer program was first proposed by Ceballos in 2012 as a pilot program. Nine summer classes were implemented that year with 159 children enrolled from across south Orange County. The program has grown exponentially ever since, with 356 children in 2013 and 659 students last summer. This year, Ceballos said roughly 70 volunteers—including her sister Rosario Roswell, who now serves as CREER’s director of education—are working to accommodate about 800 students between the two schools. Each year involves a lengthy wait list due to CREER’s lack of resources and volunteer tutors—classes are limited to 15 students each.

Ceballos said the program gives students a safe, supportive environment to learn and have fun over the course of six weeks during the summer. Students can partake in classes such as math, reading comprehension and writing, as well as activities like music, dance, drawing, folklore, arts and crafts and piñata making. While the program’s focus is on educational value—like building vocabulary and structuring sentences correctly—Ceballos said each class incorporates creativity and hands-on teaching techniques implemented by passionate, knowledgeable retired teachers or college students looking to gain experience in education.

One such student, Will Reeder from Capo Beach, recently graduated from Cal State Fullerton with a degree in choral music education. He heard about CREER through a friend, and on a recent Tuesday morning, he was teaching young children to clap out a rhythm to an uplifting children’s song.

“It’s a great opportunity for the community and a good alternative to summer school,” Reeder said. “Especially with music, the more exposure you get to music as a kid and the more positive experiences you get, the more you enjoy it.”

It’s also been a learning experience for the young teacher, too.

“I’m used to working with older students—they’re a very energetic bunch here.” Reeder grinned after his lesson. “I tend to be more animated around them.”

Last year, Ceballos estimates that 60 percent of their summer students received partial or full scholarships, as each class costs $40 per child. Ninety percent of the families CREER caters to, Ceballos added, live below the poverty line, many in San Juan and neighboring cities.

“We have kids coming from all over south county,” Ceballos said. “We try to take as many as we can until we run out of room. We’ve had students from Mission Viejo, Santa Ana and even Sacramento.”

Because CREER is a nonprofit, much of the group’s funding comes from grants, which were scarce this year, in addition to community and corporate donations. This year, in addition to lending the space to CREER, Ceballos said CUSD trustees and Superintendent Kirsten Vital also offered to provide lunches for all of the students this summer.

Ceballos said “every penny helps,” when it comes to purchasing new materials and books for the students year-round. She said the generosity of San Juan residents and businesses is astounding, especially supporters like Tokyomods motorcycle shop in San Juan; Jeffrey Singer, board member of Angels for the Arts at Saddleback College; and Ricardo and Rosa Beas of Ricardo’s Place restaurant in San Juan.

Singer, as well as Ricardo and Rosa, can often be found promoting CREER, and Singer is quick to tell you about the impact the group has on the youth of San Juan.

“I’ve seen the expression on these kids’ faces when they get up to give a speech, thanking their instructors or playing guitar or dancing in front of an audience,” Singer said. “These young students, kindergarten to eighth grade, are excelling because the volunteer assistants and teachers reach these kids. They connect on a level that is hard to explain.”

Singer said his theory is that the kids are succeeding because they want to learn in a safe, friendly environment with passionate, caring staff members who believe in them and want them to succeed.

“People succeed because they have a desire to learn and pick up on the fact that the volunteers are there because they, too, want to be there,” Singer said. “These kids want to learn. When they learn a new topic they can help others—this is key to happiness, and these kids get it.”

For those interested in seeing what the students have learned and created over the summer, CREER’s closing ceremony takes place Saturday, Aug. 15 at the Historic Town Center Park in downtown San Juan. Ceballos estimates between 400 and 600 people will show up to view the children’s artwork, see them dance and hear them perform.

For more information on getting involved with CREER, follow Creer San Juan Capistrano on Facebook, call Ceballos at 714.788.8339, or visit their office at the Stonefield Park, located between Camino Capistrano and La Zanja Street.

On July 16, CREER Comunidad y Familia is hosting a festive fundraiser benefiting the local nonprofit’s summer and afterschool programs. The event begins at 7 p.m. at the San Juan Hills Golf Course in San Juan Capistrano and includes live music performed by Tuscon-based Latin rock group Tesoro. The concert will benefit CREER, with all donations going to the 501(c)(3) nonprofit.

The concert provides funds needed for the children attending CREER’s summer school and afterschool programs, allowing them to receive much-needed assistance in reading, writing, math, science, music, dance and folk culture. A $20 donation is requested for admission. Lawrence, the 19th Hole bar manager, is buying a Cadillac margarita for anyone who attends and donates a minimum of $40 and has a July birthday. Tickets can be purchased at the event or prior to the event by calling CREER Executive Director Angeles Ceballos at 714.788.8339 or visiting Ricardo’s Place, located at 32082 Camino Capistrano, San Juan Capistrano.

Those interested in volunteering as an instructor or an assistant with CREER should also contact Ceballos at 714.788.8339.