DISTURBANCE–MUSIC OR PARTY
Avenida Del Rosal/Via Del Rey (1:03 a.m.)
A group of people were drinking beer and being loud on the corner of the street.

SUSPICIOUS PERSON/CIRCUMSTANCE
Calle Villa Clara/Calle Arroyo (11 p.m.)
A caller reported hearing a loud booming noise nearby and was not sure if it was fireworks or a gunshot.

FIREWORK VIOLATION
Calle Delphina/Calle Reynalda (10:24 p.m.)
A neighbor was setting off very loud and illegal fireworks for the fourth night in a row, possibly M180s or M1000s.

DISTURBANCE
Camino Capistrano, 32100 Block (8:10 p.m.)
A man wearing a black and white shirt with “bro pants” was in the parking lot between Rite Aid and Big Lots harassing customers.

KEEP THE PEACE
Paseo Alondra, 27600 Block (6:01 p.m.)
A woman told police her landlord changed the locks and refused to let her inside to get her things. She said the landlord was upset because she told her she was moving out.

DISTURBANCE
Avenida De La Vista, 30800 Block (1:11 a.m.)
A patrol check was requested in the alleyway for people knocking down trashcans and being loud.

DISTURBANCE
Alipaz Street, 32300 Block (10:26 p.m.)
A caller reported that guests of a neighbor were violating community rules by drinking at the clubhouse and being very loud.

INVESTIGATE PERSON DOWN
Camino Capistrano, 31800 Block (3:55 p.m.)
A man was lying down and not moving on the sidewalk by El Adobe de Capistrano Restaurant.

DISTURBANCE
Camino Capistrano, 31800 Block (8:23 p.m.)
A woman wearing all black was pacing in front of Inspiration Boutique and yelling at people passing by.

TRAFFIC ACCIDENT-NON INJURY
Camino Capistrano/Doheny Park Road (3:28 p.m.)
A grey Volkswagen Jetta was in an accident with another vehicle in front of El Pollo Loco. The caller said the other party was refusing to exchange information.

SUSPICIOUS PERSON/CIRCUMSTANCE
Alipaz Street, 32300 Block (11:13 p.m.)
A man was being followed home by a group of men who were trying to pick a fight with him and his brother.

FIREWORK VIOLATION
Alipaz Street, 32200 Block (10:46 p.m.)
A group of kids were setting off fireworks and firecrackers outside near a resident’s bedroom window.

SUSPICIOUS PERSON
Del Obispo Street, 32200 Block (9:16 p.m.)
An elderly lady complained to police that someone was knocking on her door and banging on her walls. She also said she could not tell if the sounds were being made by fireworks or not.

DISTURBANCE-MUSIC OR PARTY
Los Rios Street, 31500 Block (2:34 a.m.)
A caller reported a group of people around garages being loud and drinking.

KEEP THE PEACE
Windsong Drive/Starrise Lane (8:53 p.m.)
A woman in a red Chevy van was at her boss’ house trying to recover her final paycheck. Her boss refused to give it to her.

SUSPICIOUS PERSON/CIRCUMSTANCE
Calle Resplendor, 30700 Block (11:02 a.m.)
A caller reported seeing a bald man with tattoos who appeared to be on drugs leave the area on a black bicycle.

DISTURBANCE
La Novia Avenue, 31600 Block (11:28 p.m.)
A security guard at St. Margaret’s Episcopal School called police because he was afraid that some kids would enter the school grounds if he left.

DISTURBANCE
Calle San Francisco, 26400 Block (7:51 p.m.)
A caller reported seeing a man and a woman breaking into a property and then smoking illegal drugs. 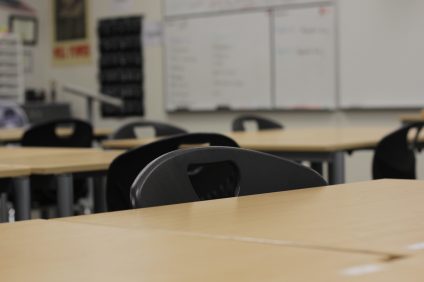