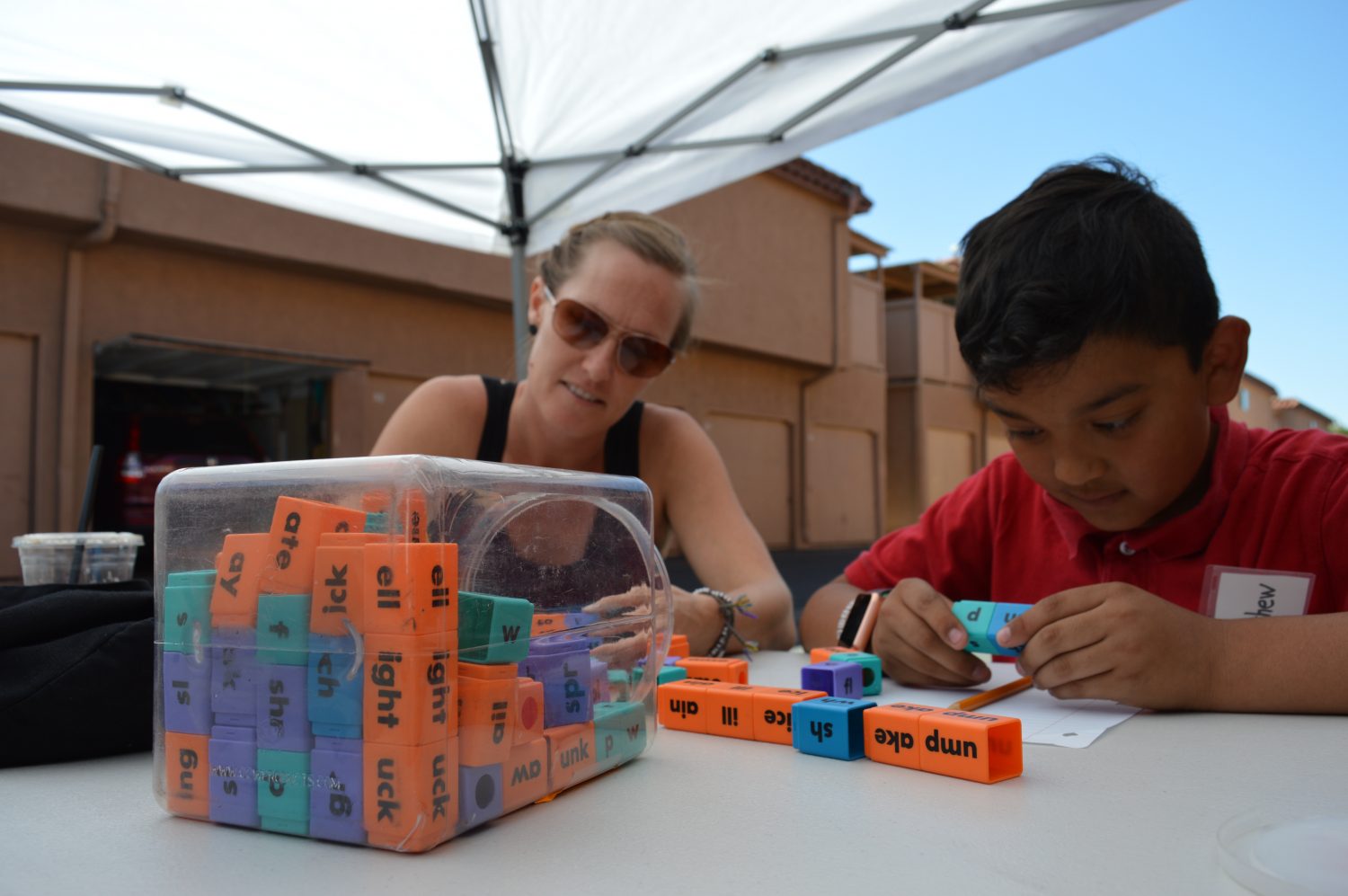 Breaking Down the Division

Nonprofit aims to strengthen underprivileged with education, bring the community together

After nine years of working with impoverished communities in Lima, Peru, John and Heather Chapman came back to their home city of San Juan Capistrano in 2015 with a fresh set of eyes.

Enduring the anticipated reverse culture shock of coming back to Southern California, the Chapmans were surprised to see some unexpected similarities between Lima and San Juan Capistrano. Among those similarities—poverty, crime and socioeconomic division—they noticed primarily lied within the Capistrano Villas area.

“Just looking at San Juan and seeing that (nearly) 40 percent of our population speaks Spanish at home, and the large majority of those families are low income and living a very separate life from the other (approximately) 60 percent, as outsiders I think we saw with different eyes what that looks like and just how much division there is,” Heather said.

Wanting to help the lower-income community of San Juan Capistrano, the Chapmans started working on creating Unidos, a nonprofit organization to help bring together and empower neighbors in the Capistrano Villas area. Upon asking the community’s needs, many said that they struggle with helping their children with homework, Heather said.

“The first thing that they talked about was help with education because a lot of parents don’t speak English, and about 50 percent of adults in that neighborhood didn’t graduate high school,” Heather said. “So being able to help their kids with their homework—which it’s such a foundational thing that a parent does—a lot of our neighbors here are frustrated that they can’t do that effectively.”

Following outreach, in early 2017, Unidos created a homework assistance after-school program to help some of the elementary-school-age children with their homework; in addition to organizing recreational events. Both educators, and parents of four children, the Chapmans said that it has become their passion, now a full-time job for both of them.

“Our goal is not to come in and offer services; our goal is to come in and help the residents find their own giftings, passions and loves,” John said. “And, to come alongside them to support them in making their own way in life.”

Heather noted Mahatma Gandhi’s quote, “The true measure of any society can be found in how it treats its most vulnerable members,” noting that her family has made it their mission to help vulnerable communities.

“Here in San Juan, our vulnerable population are our (nearly) 40 percent, largely immigrant population. How we treat them is important, what does it say about us as a society, morality or compassion?” Heather said.

Seventeen-year San Juan Capistrano resident Erika, a mother of two sons, said Unidos has helped her immensely given that her youngest son has leukemia.

“It helps me to not feel so much pressure, because I have two kids and sometimes I don’t have enough time (to help with homework), and Unidos sometimes comes to my house to pick up (my oldest son) Matthew,” Erika said.

“The amount of children who run around during the summer and have no place to go; it’s my experience that oftentimes that’s when children get themselves into trouble or in the wrong crowd,” Farias said of the homework program and recreational events. “Oftentimes their parents are first-generation Americans and sometimes their English isn’t very good, so oftentimes kids need that extra help and I think the fact that it’s not only being offered, but in the community in which they live, is really important.”

In the long run, John said the goal of Unidos is to build relationships in the San Juan communities; and to eventually break down the symbolic divide (noting the irony of the Camino Capistrano train tracks, and physical wall separating Los Rios Street) between the Capistrano Villas-area community and the rest of the city.

“I believe in the goodness of humanity, I think that people will love each and support each other when they know each other,” Heather said. “The problem is we have this divide on this socioeconomic wall and when people don’t know each other, you make assumptions and that’s in both directions.”

To learn more about Unidos, go to www.unidossouthoc.com.