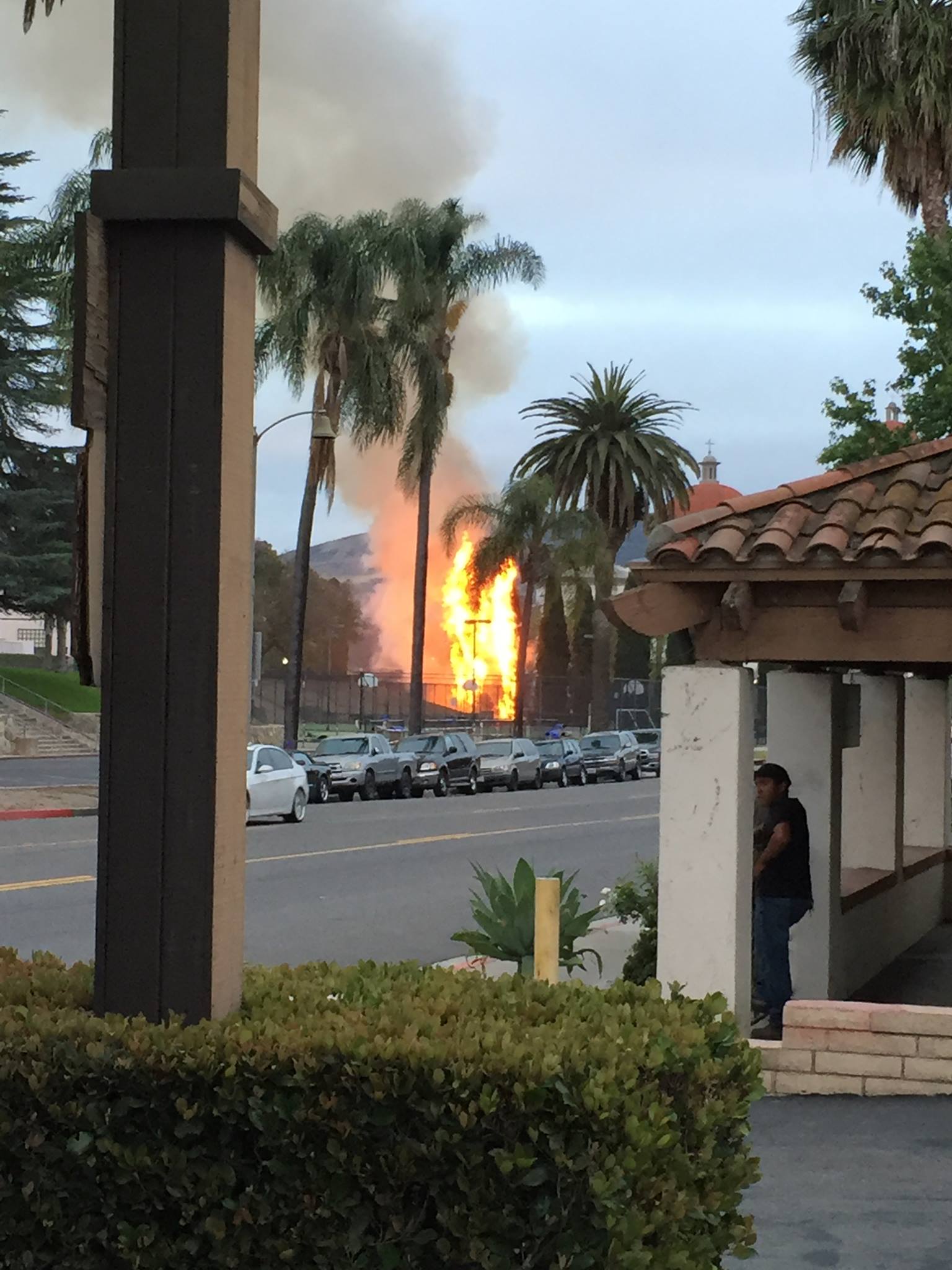 Two cypress trees caught fire Tuesday night near El Camino Real and Acjachema Street, the cause of which is still under investigation according to Orange County Fire Authority Capt. Larry Kurtz.

Kurtz said a call reporting the fire came in at 7:44 p.m. and Fire Engine 7 was on scene by 7:48 p.m. The fire was controlled within three minutes.

As of 8 p.m. the fire engine and investigators were still on scene investigating the cause of the fire. On Wednesday morning, Kurtz said the investigation is ongoing with no reportable indication of what may have caused the fire.

“The smoke was so thick and strong that residents in those three areas called 911 thinking there were fires,” Concialdi said.

There were no fires in those areas; rather, the smoke blew inland from the fire in San Juan. Some residents who phoned in said they called 911 due to heightened awareness following the 20-acre Coto de Caza fire last Friday.

“That was very close to home for those residents,” Concialdi said.

Officials ask that residents try to investigate first and do their due diligence before calling authorities about smoke. Seeing flames or “active smoke” warrants a 911 call.

“The residents didn’t see any smoke or flames; they just smelled it in the air,” Concialdi said. “It just goes to show you, that smoke does drift for miles.”

Investigators are also looking into the cause of another small fire in Dana Point Tuesday night, which Concialdi said was extinguished quickly with one fire engine. A call came in around 7:20 p.m. reporting a grass fire at the park near the Dana Point Library and the intersection of Pacific Coast Highway and Niguel Road.