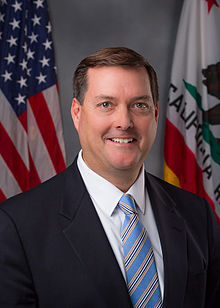 Brough’s Accusers Call for his Resignation

The founder and CEO of Crime Survivors has called for the resignation of 73rd District Assemblymember Bill Brough in a joint statement with three women who have alleged sexual misconduct.

In an email last month, Brough sent a similar draft of a “Letter to the Editor” that ran in the Dana Point Times titled “Setting the Record Straight” to members of the Orange County Republican Party (OCGOP). The draft of the email, however, named individuals who have alleged sexual misconduct against Brough, while the published letter did not.

In Brough’s letter and email, he criticized the Transportation Corridor Agencies and called the Toll Roads a “train wreck and in need of massive reform.”

“Originally, the system was created due to a lack of transportation funding. Now, my constituents pay four times for roads and this does not include tolls for driving on the toll roads,” the letter states.

On June 17, Orange County Supervisor and Chairperson Lisa Bartlett spoke at the OCGOP Central Committee meeting about an alleged incident of sexual misconduct that occurred in 2011, while both Bartlett and Brough served on Dana Point City Council. She cited the incident as reason the party should not endorse Brough in his bid for reelection in 2020. Brough argues that this was in retaliation for his position regarding the Toll Roads. Bartlett serves on the San Joaquin Hills and Foothill Eastern TCA Boards.

Crime Survivors is a nonprofit organization that offers resources to victims of crimes, including child abuse, elder abuse, or human trafficking. The group’s founder, Patricia Wenskunas, issued the joint statement on Monday, Sept. 16.

“In the email, Brough inexplicably names his accusers in an effort to publicly shame them and discourage other women from speaking out.  Up until that email blast, his accusers had explicitly requested to remain anonymous due to their fear of retaliation.  The referenced email blast is attached to this release,” the email states.

In a phone interview with The Capistrano Dispatch, Wenskunas said this kind of behavior re-victimizes someone who is a victim.

“This is very emotionally damaging,” Wenskunas said. “But I want these women and other victims to know they are not alone, they are courageous, and we stand by them.”

The joint statement was made with Bartlett, Jennifer Rodriquez and Heather Baez, who says she filed a harassment claim against Brough in 2017.

“As outlined in my original complaint to the California State Assembly, he made repeated and unwanted advances towards me for years, including inviting me to drinks, dinners, an overnight hotel stay, and an extremely offensive and non-consensual physical contact,” Baez states.

The Dispatch asked if Brough intended to resign, he stated he felt more emboldened than ever to run for reelection.

“As you know from your reporting, the Bartlett and Baez claims were found to be without merit. I have provided that evidence,” Brough said. “The accusers have been publicly meeting with groups and individuals all summer spreading their false allegations against me; clearly, they are not concerned with anonymity.”

Brough alleges that Crime Survivors has been a client organization for Jeff Corless—the CEO of Venture Strategic, a public relations firm. Bartlett hired Venture Strategic to run her campaign for the Board of Supervisors. The firm was later awarded a contract with the TCA, following her election.

A spokesperson for Venture Strategic tells The Dispatch that the firm last worked with Bartlett in 2014 and the firm’s project for the TCA was completed and the contract ended in June. The firm has not worked for Wenskunas.