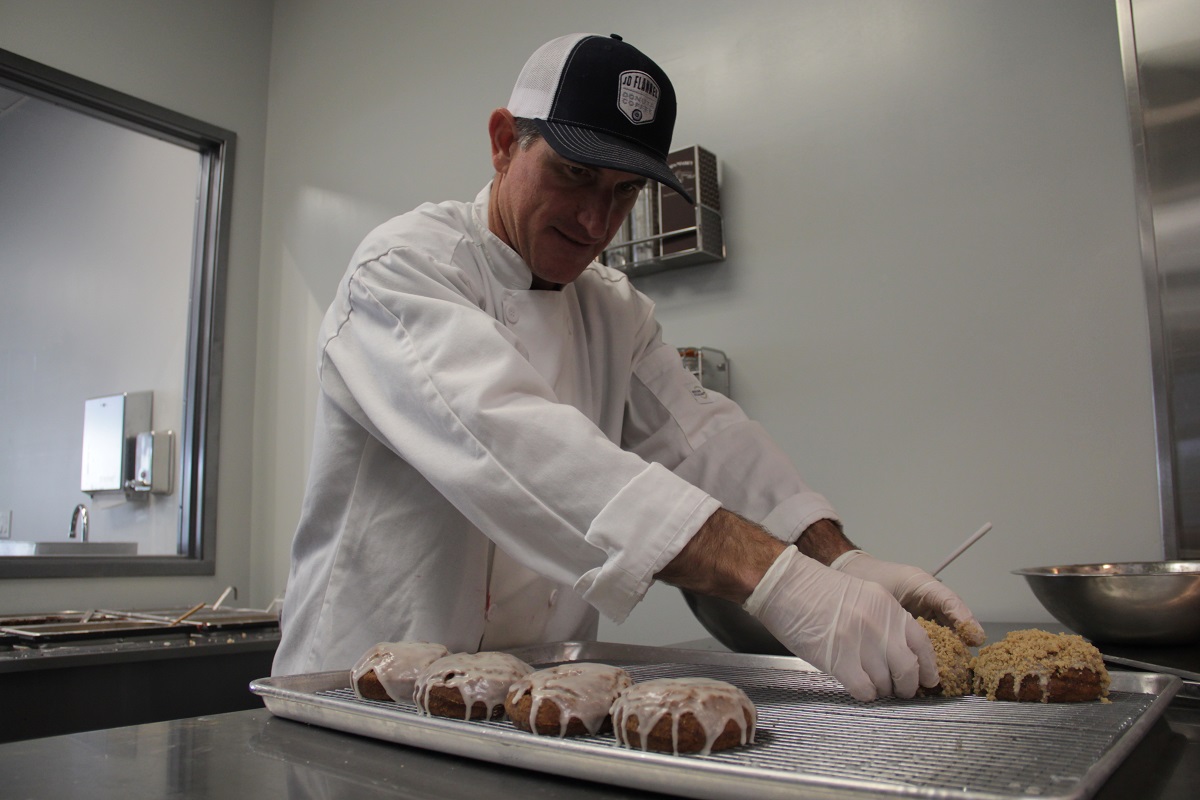 There were plenty of delicious eats to talk about during the Taste of San Juan late last month.

But one booth that made some waves during the annual culinary affair was newcomer JD Flannel Donuts and Coffee. Those who stopped by the booth got to enjoy freshly glazed donuts, which were such a hit that the shop took home the honorable mention award for the dessert category that night.

“We prepared our donuts and glazed them right there on the table, so we were able to serve them fresh and hot like we do in the shop,” JD Flannel co-owner Dave Rhode told The Capistrano Dispatch last week.

Inside the new store, located in a shopping center along Del Obispo Street off Camino Capistrano, Rhode and fellow owner John Miller have their honorable-mention plaque displayed proudly for customers to see.

“To get recognized like we were was humbling and honoring to us. It was great,” Rhode said, just before having to jump behind the counter to help a line of customers that had formed.

It was just after 10 a.m. on the Friday before Presidents Day weekend, when Rhode sat down with The Dispatch to talk about the store’s success. Throughout the interview, customers continued rolling in. And with options such as smoked apple fritter, lemon blueberry cake and Samoa cake, it’s easy to understand why.

“This amazing community has really embraced us, and it has far exceeded our expectations,” Rhode said.

San Juan Capistrano’s newest donut sensation had only been open for about a week when Rhode and Miller were asked by the Fiesta Association to participate in this year’s Taste of San Juan.

JD Flannel’s donuts, Rhode explained, are made from scratch and nothing comes from a mix. Each of the ingredients used to make the donuts, which encompass the more traditional options to their unique and seasonal flavors, is carefully chosen by hand.

“We have only the best ingredients in them,” he said. Rather than using a lot of sugar, “we let the ingredients speak for themselves, and the donuts.”

What’s also unique about the donuts is they don’t absorb a lot of grease, Rhode added.

During a fishing trip in Montana about three years ago, Rhode, who had worked in sales all of his adult life, and Miller, who had worked in finance, decided they would do something different with their careers by opening up a donut and coffee shop.

“John grew up connecting with his dad, by going to get donuts every Sunday morning, and I grew up drinking coffee with my mom, so we thought, there’s not a better thing than doing something that means a lot from your childhood,” Rhode said, again before pausing the interview to help customers.

To the chagrin of their wives, Rhode joked, he and Miller spent about eight months in their kitchens, using a little fryer to get their product just right. Last November, he said, they hired Lindsay Jones, a local jam maker, as their executive chef to take the flavors of their donuts “to the next level.”

As for the coffee, Rhode said, they get that from roaster Shawn Anderson of the Orange County-based Old Town Roasting. With imported beans from Guatemala, Anderson provided the shop with a medium-dark roast that has “an earthy tone and a sweet finish.”

Recognizing that there are many who have certain allergies or are gluten-sensitive, Rhode and Miller also decided not to have any peanuts inside the store and offer gluten-friendly donuts. Rhode said the gluten-friendly donuts are prepared separately from the rest of the donuts in the shop and are even made in a separate large fryer.

The gluten-friendly option, Rhode said, “is one of the most special things we do,” he said. “To be able to give a child a real donut after years of not being able to have one is something really special to us.” 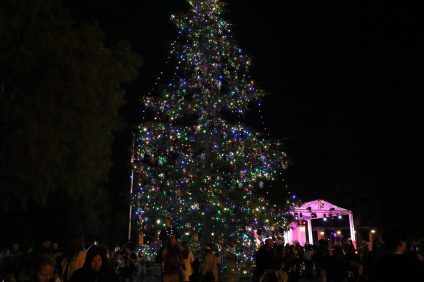