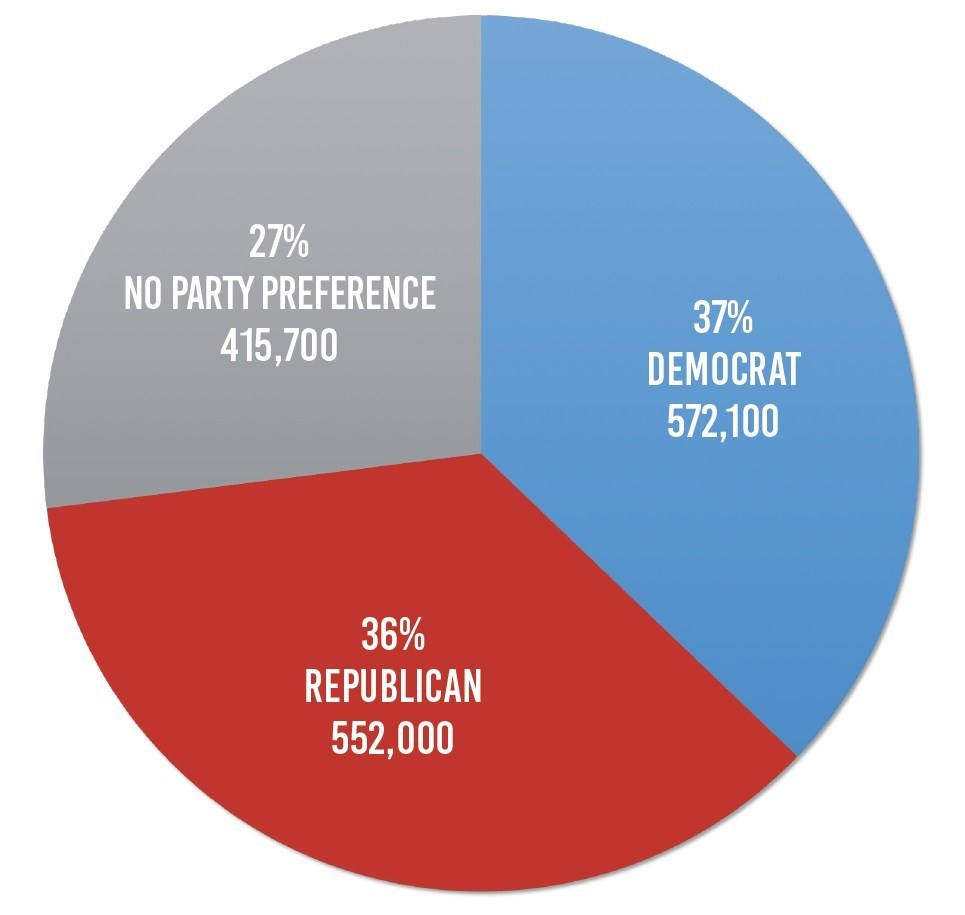 With the primary elections coming up in March, what are the voting demographics in Orange County?

Mark Baldassare, president/CEO and survey director for the Public Policy Institute of California, a nonpartisan policy research organization with offices in San Francisco and Sacramento, said more voters in Orange County are registering with no party preference and as Democrats due to changing demographics. Voters claiming no party preference may even lean Democrat, Baldassare said.

“The growth of the Latino and Asian-American population, and the decline of the white population, has led newer voters to go with no party preference or the Democratic Party instead of the Republican Party,” Baldassare said.

The shifting demographics reflect a statewide trend in California, and new and young voters registering as Democrats or with no party preference may not necessarily mean people are switching party preferences, Baldassare said.

Regarding city-level voting demographics, Baldassare said voter preferences in a city may depend on how much the area is growing or changing.

Editor’s note: The cited statistics are based on available data on the Orange County Registrar of Voters website as of Feb. 5, 2020.