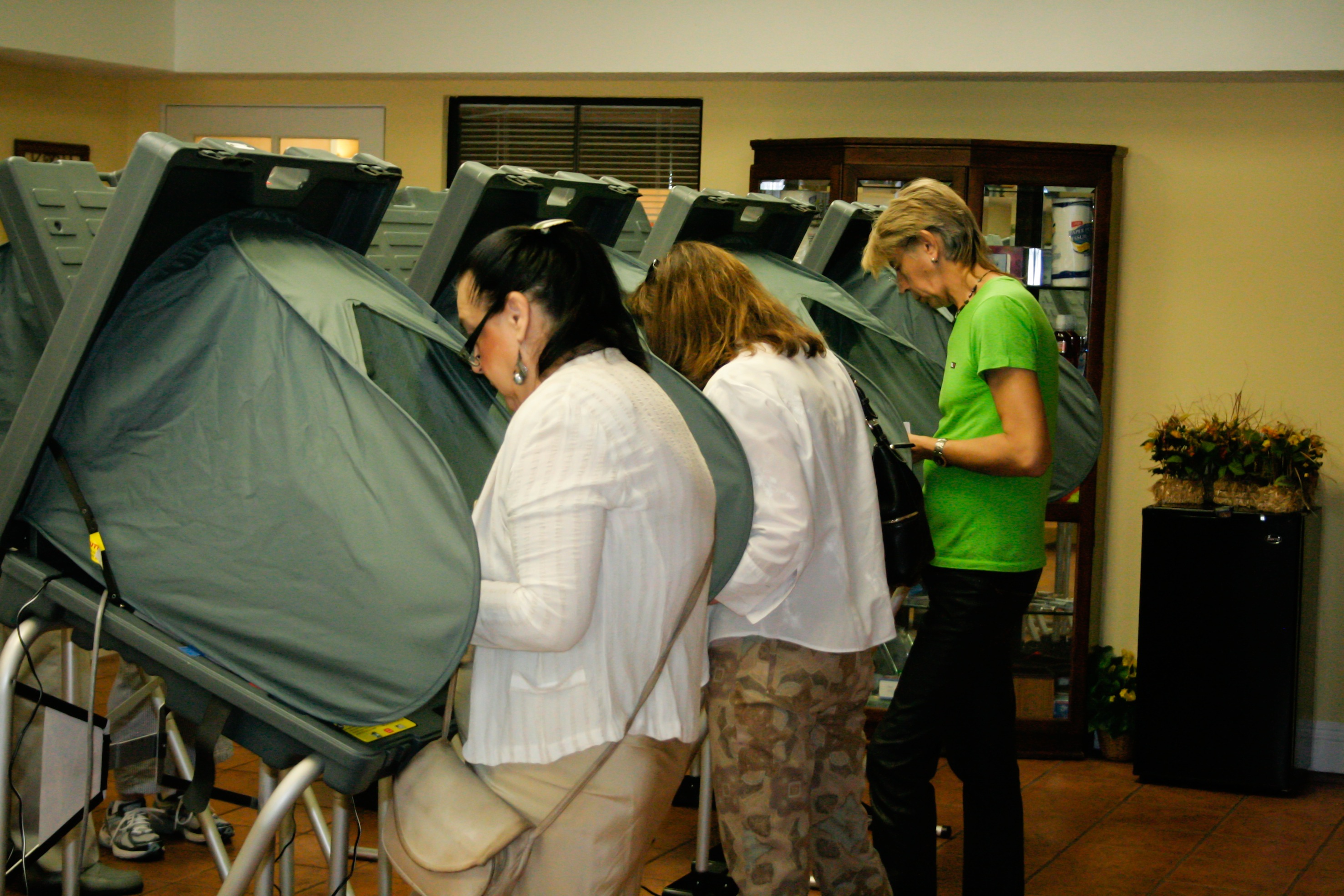 Byrnes and Allevato Return to the Dais

After nearly 40 years, a familiar face is set to rejoin the San Juan Capistrano City Council.

Former mayor Roy Byrnes, who previously served on the dais from 1972 to 1976, was elected Tuesday to fill one of two open seats on the five-member council. He is joined by incumbent Sam Allevato, who is set to begin his third four-year term after being appointed for one year in 2004.

Byrnes was the top vote-getter throughout the night, finishing with 4,970 votes, or 25.7 percent of the total.

“I’m gratified for the support of so many, and I sincerely thank the people who helped my efforts to communicate. I certainly will try not to disappoint,” Byrnes said.

Initial numbers, which only included vote-by-mails results, gave the advantage to Byrnes and his campaign partner, Capistrano Common Sense editorial board member Kim McCarthy. The pair maintained their lead over rival candidates Allevato and Planning Commissioner Ginny Kerr, after the first unofficial poll results—taken from only two out of 24 precincts—were posted shortly after 9:30 p.m.

Although the Orange County Registrar of Voters planned to update results in 30-minute intervals, the candidates and San Juan Capistrano voters were left waiting for two hours before new numbers arrived. Shortly after 11:30 p.m., with 22 out of 24 precincts reporting, Allevato closed a 124-vote gap to leapfrog McCarthy for the coveted second position in the polls and took a 166-vote lead in the process.

“I was fairly confident that once the precincts came in that I would at least get into second, if not first,” Allevato said. “We were pretty confident we would hold onto (second place).”

Poll results from the remaining two precincts were added around midnight, but the candidates’ positions remained steady and Byrnes and Allevato came away victorious. The registrar’s office will continue to update numbers throughout the week, as provisional and absentee ballots are still being counted. As of press time, Allevato finished with 4,295 votes, or 22.2 percent of the total. He was followed closely by McCarthy with 4,018 votes, or 20.8 percent.

Kerr, despite raising the most campaign contributions, $36,754, of any candidate, finished fourth with 3,602 votes, or 18.6 percent. She and Allevato, who raised $35,298, each raised far more individually than Byrnes and McCarthy did combined—$12,800.

“I am very gratified and encouraged by the support from the community, especially considering that nine-year incumbent Sam Allevato only got 280 votes more than I, despite very deep pockets from out-of-town interests and highly-paid political consultants behind him,” McCarthy said in a statement released Wednesday.

Kerr was unable to speak after the election due to a family emergency. She told The Dispatch in an email on election night, “I am thrilled that Sam is on the council for another four years and am incredibly grateful to the wonderful people who supported me.”

Political newcomer Tom Marantz, who was a relative unknown at the start of his campaign, finished with 1,245 votes, or 6.4 percent. Melissa Abbott-Kaffen, whose name still appeared on the ballot despite her late decision to withdraw to support Byrnes and McCarthy, finished with 1,206 votes.

Well before the majority of precincts reported their numbers, Marantz acknowledged that he faced unfavorable odds in climbing the polls. Reflecting back on the campaign, Marantz said the experience has inspired him to become more involved in city and community affairs.

Election Day brought an end to what candidates and many residents called the most contentious campaign in recent memory.

For Allevato, who had been a target of the Capistrano Common Sense camp for more than a year, criticism was expected in a campaign against two candidates from the local watchdog group.

“They announced it to me that they were going to be coming after me over a year and a half ago. It’s how politics gets played, but I’m not deterred,” Allevato said. “I have people from all over this town who talk to me and support me. (Capistrano Common Sense) are a small minority.”

In her statement, McCarthy offered a counterpoint, saying, “The fact that Dr. Byrnes and I got a combined total of 8,900 votes to Sam Allevato’s and Ginny Kerr’s 7,800 votes means that our message resonated with the majority of residents.”

Two formal complaints, including one investigation, with the California Fair Political Practices Commission came out of this year’s election season.

In late September, San Juan Capistrano resident Ed Connor filed a complaint against Capistrano Common Sense, alleging that they had committed campaign violations because their support for Byrnes and McCarthy did not preclude them from registering as a political action committee. The commission informed Connor last week that an investigation would begin.

Two days before the election, Byrnes and McCarthy issued a statement saying that they too had filed a complaint with the FPPC and would seek further legal action in response to a negative email sent to an unknown number of San Juan Capistrano residents. The email contained an article from The Orange County Register with an additional, unrelated headline that seemed to mislead recipients by insinuating Byrnes and McCarthy had committed financial improprieties.

The email was sent by a Newport Beach-based committee with a loose connection to another committee, OCTaxPAC, which spent $4,765 for mailers supporting Allevato and Kerr. Both candidates denied any previous knowledge of the email or the mailers. They added that they have no control over independent groups and they did not support their actions.

“Ginny and I ran a very positive campaign,” Allevato said. “I don’t feel I’ve inflicted wounds on anybody. I’m open to reconciliation.”

Had Byrnes and McCarthy won both seats, they would have likely teamed with like-minded Councilman Derek Reeve, who is often the lone opposing vote in 4-1 council decisions on such issues as the city’s controversial Groundwater Recovery Plant and the city-owned Rancho Mission Viejo Riding Park.

But with Allevato winning reelection, Byrnes and Reeve are likely to remain a minority.

“When you look at the makeup of the council, I don’t think it’s changed substantially,” Byrnes said. “(Councilwoman Laura Freese) is retiring and I’m going to be the replacement.”

Byrnes is set to join the council December 4. Before then, he says he will meet with City Manager Karen Brust to be briefed on the city’s most pressing and immediate issues.

And while he too believes the recent campaign was an especially divisive one, Byrnes said he would like to leave it in the past and begin building an amicable working relationship with his fellow councilmen.

“My focus is on the future. This contentious election has brought some issues to the forefront,” Byrnes said. “I’m just hoping the five of us get together with an attitude of mutual understanding and respect.”

When asked what he has learned from his years on the dais and how he foresees the new council working out, Allevato said, “You have to listen up to the last minute before you make your decision and final vote. A lot of it is about relationships and the respect that you show to other people.”

To read our live coverage of Election Night, click here.