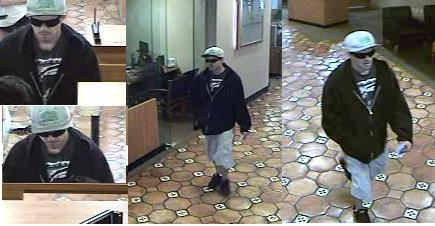 The man suspected of being the “Cal Bear Bandit” was arrested by the Westminster Police Department on Dec. 5 in Santa Ana after an attempted bank robbery. Justin Hayes, 27, of Irvine had attempted to rob a U.S. National Bank and flee to a taxi cab when he was pursued by officers and apprehended.

According to authorities, the Cal Bear Bandit’s first robbery was on Aug. 20, when he robbed the Chase Bank at 31972 Camino Capistrano in San Juan. The suspect walked into the bank, handed a note to the teller claiming he had a gun and left on foot with an undisclosed amount of cash, according to the Orange County Sheriff’s Department.

Hayes is suspected by the FBI of being the Cal Bear Bandit and was booked at Orange County Jail on charges of bank robbery, felony evading and auto theft.

At his Dec. 9 arraignment, Hayes pleaded not guilty to charges of being the Cal Bear Bandit and robbing a slew of banks in Orange County since August. Recently, Hayes told a CBS reporter that he’s innocent and needs to be in rehab for his heroin addiction.