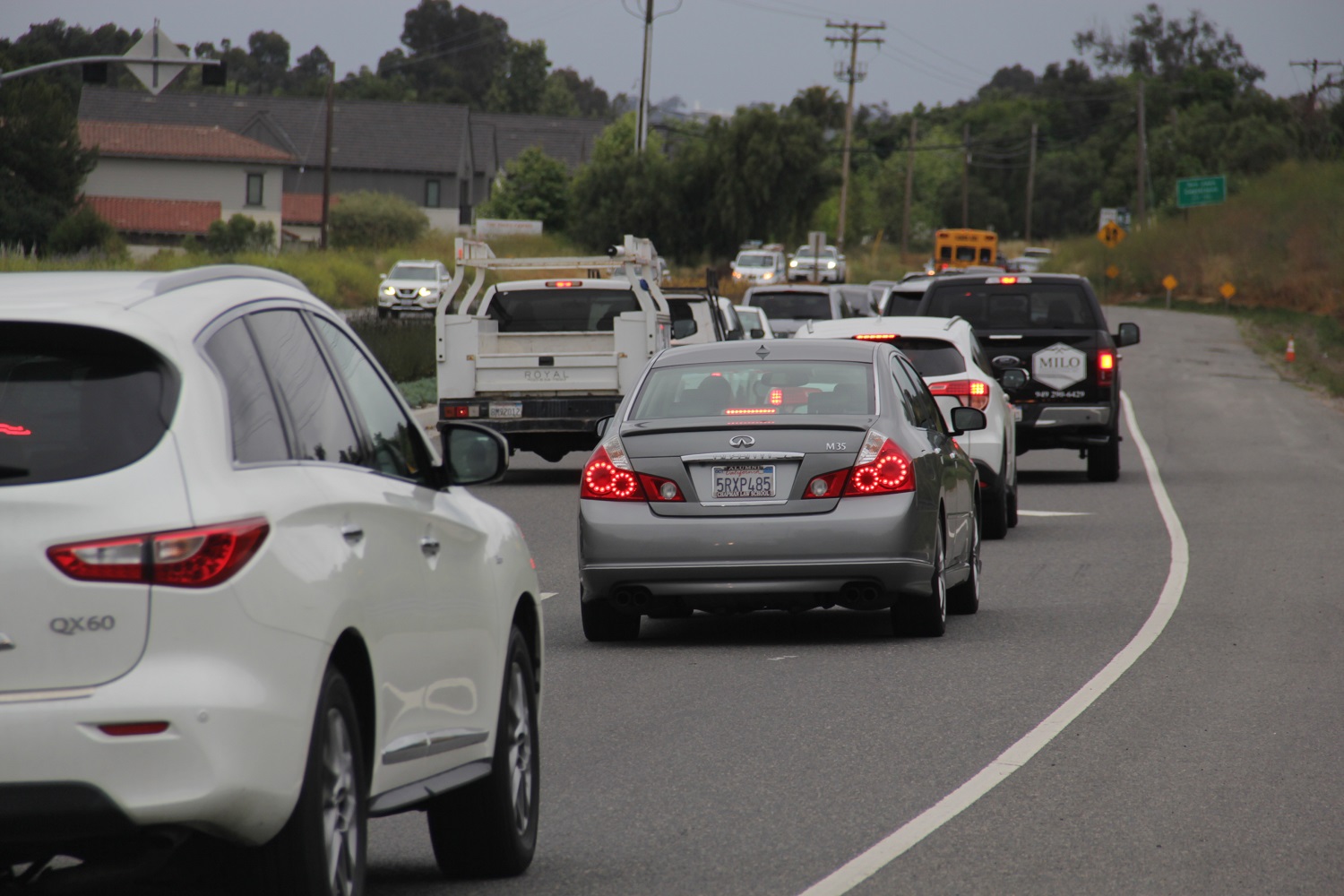 Caltrans Meets with Community for Feedback on Ortega Widening

Community members had an opportunity to meet with officials from the California Department of Transportation and ask them questions about the longstanding project to widen Ortega Highway on Tuesday, June 25.

The SR 74-Lower Ortega Highway Widening Project aims to alleviate traffic congestion that typically builds up around the roughly one-mile stretch of the road that narrows from two lanes in each direction to one in each direction—commonly referred to as the “chokepoint.”

Caltrans held the public meeting that evening at Kinoshita Elementary School in San Juan, where dozens of experts were on hand to address residents’ questions and concerns of the project.

Construction is estimated to begin in 2023 and the Ortega expansion to be open to the public by 2025. The project would entail widening the road from one lane in both directions to two between Calle Entradero and the eastern city limits near Reata Park. Caltrans is also looking to include a 12-foot wide median.

At the intersection of Via Cordova and Ortega, the project proposes to put in a four-way traffic signal. Sound barriers, or sound walls, could also be added to sections along the road, while some retaining walls could potentially be implemented along the westbound lanes to accommodate the widening.

Back in 2017, an Orange County Grand Jury released a report emphasizing safety concerns over the narrow portion of Ortega, as vehicles turning left onto the highway have to first cross the highly trafficked road before merging into a single lane.

That same report notes that the ongoing expansion of Rancho Mission Viejo will require “additional access from numerous roadways, including Ortega Highway.”

Data compiled by Caltrans showed that Ortega experienced stark increase in traffic between 2010 and 2015, as the average amount of daily vehicles using the road rose from 27,500 to 43,500.

As of 2017, the Orange County Public Works Department estimated the project to cost more than $52 million in federal and state funding.

The project is currently in the environmental phase and is welcoming public input to its draft Environmental Assessment through July 17. Caltrans anticipates responding to the public comments from mid-to-late 2019 and is targeting a project approval timeline of late 2019.

Caltrans’ environmental documents can be found at dot.ca.gov/d12/DEA/74/08692. Comments can be sent to Associate Environmental Planner Carmen Lo at 1750 East 4th St., Suite 100, Santa Ana, or by email D12LowerSR74@dot.ca.gov.