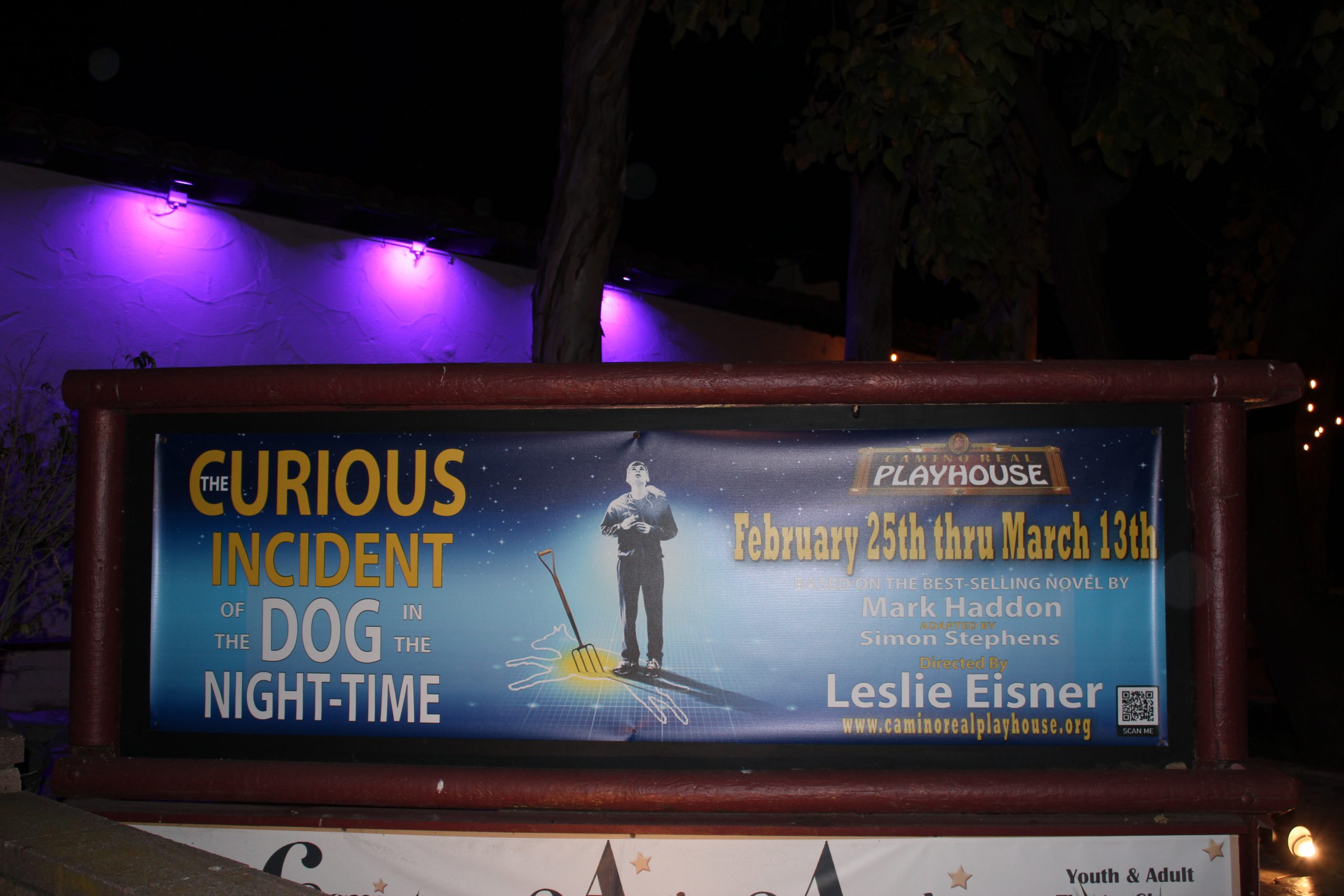 Since reopening after being shut down during the COVID-19 pandemic, Camino Real Playhouse has mostly staged light-hearted comedies—given people might need to laugh after enduring the global upending of daily life.

But come this Friday, the San Juan Capistrano theater will be introducing more mature and emotionally turbulent fare when it premieres The Curious Incident of the Dog in the Night-Time, a stage adaptation of the 2003 British mystery novel. Performances run from Feb. 25 through March 13.

The story revolves around Christopher Boone, a teenage boy investigating the death of his neighbor’s dog. As he writes a book about his discoveries—and interviews neighbors along the way—Christopher also learns about his family and the human condition.

As director and Camino Real Playhouse President Leslie Eisner puts it, Christopher has an “extraordinary brain: he is exceptional at math but ill-equipped to interpret everyday life.” Though the source material does not identify Christopher as autistic, some readers interpret him as such.

“He has never ventured alone beyond the end of his road, he detests being touched, and he distrusts strangers. The play opens with Christopher discovering a dead dog in his neighbor’s garden,” Eisner said. “A fan of Sherlock Holmes, he decides to write a story about the mystery of the dog’s death. But Christopher’s detective work, forbidden by his father, takes him on a frightening journey that turns his world upside-down.”

The actors and directors have been rehearsing the play in the days leading up to Friday’s premiere. Though the performance has some powerful and sad scenes, it is not without other moments of levity and humor. Viewers will be drawn into Christopher’s world and mind, all against a British backdrop.

“The most wrenching of emotional moments are chronicled by a boy who cannot fathom emotion,” Eisner said. “The effect makes for a play that is deeply funny, poignant, and fascinating in its portrayal of a person whose curse and blessing is a mind that perceives the world literally.”

“The play was an enormous challenge to direct: both to do justice to Christopher’s character, as well as to interpret the world as he sees it,” Eisner said. “Many of the scenes are tender and sweet in their innocence, as we try to take ourselves out of the social cues we take for granted and imagine a world that can be very complicated in its simplification.”

Eisner expects the play to stay with viewers long after they leave the theater.

“Hopefully, the message that Christopher leaves us with sheds light on how wondrous life is,” Eisner said.