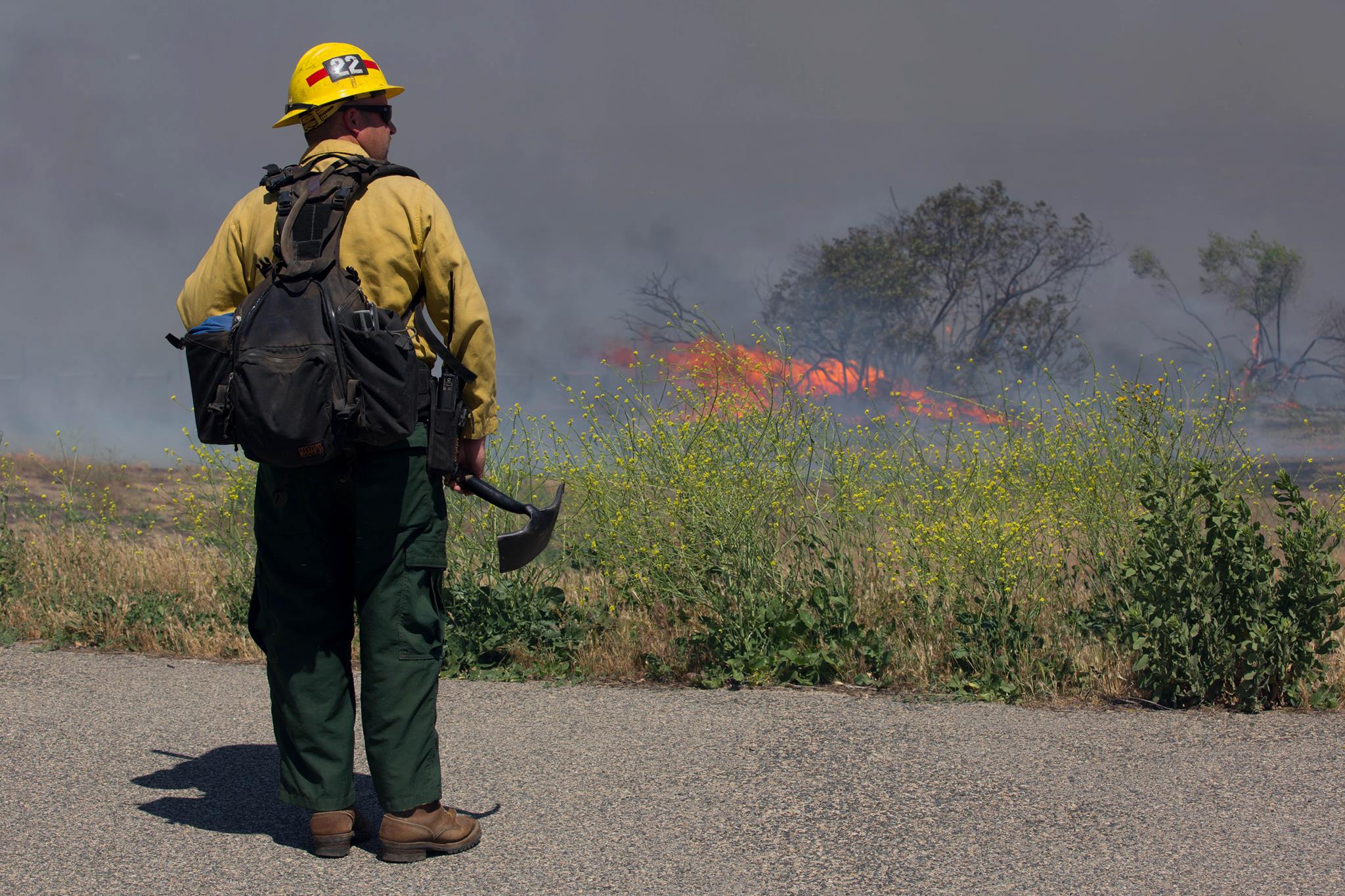 The Tomahawk Fire burning on the eastern edge of Camp Pendleton has spread to more than 6,000 acres, according to Marine Corps officials.

Camp Pendleton fire crews responded to a brush fire at approximately 9:45 a.m. Wednesday near the Naval Weapons Station Fallbrook. The station is located near the base’s eastern border in Fallbrook.

Residents of the base’s De Luz housing development and personnel from the weapons station were ordered to evacuate around 10:20 a.m. Additionally, students and faculty from Mary Fay Pendleton Elementary School, located on base, were evacuated. Camp Pendleton’s O’Neill Heights Housing, as well as the De Luz Child Development Center was also ordered to evacuate at 12:30 p.m.

Paige Field House, in the base’s southern corridor near Oceanside, is serving as the evacuation site.

The base has been posting updates online and to official Twitter and Facebook accounts. The first of three tweetsWednesday was posted at about 10:10 a.m. saying a fire was burning near the Naval Weapons Station.

The fire’s cause is currently under investigation.

Stay tuned for updates as they become available.