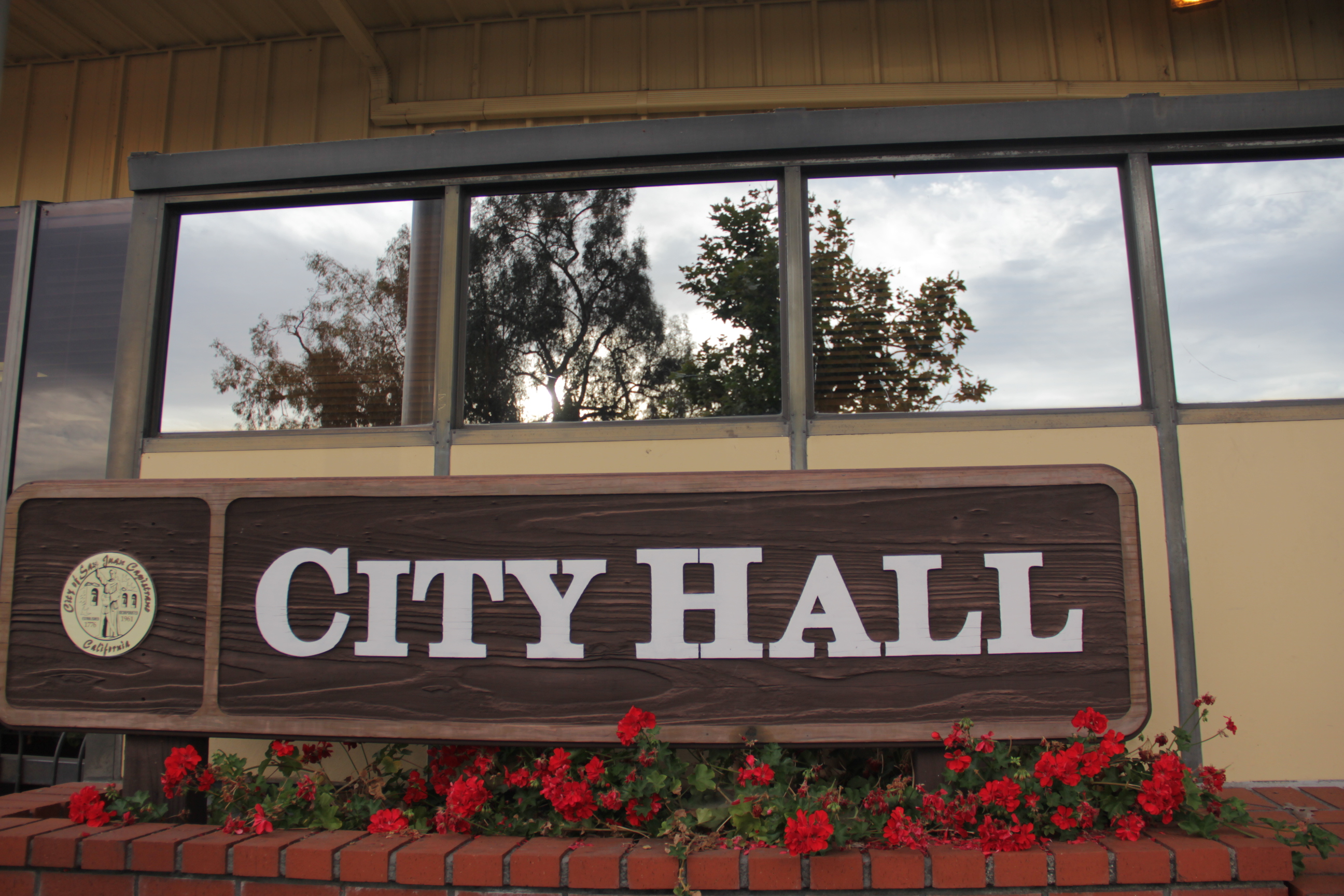 Editor’s note: This story was updated on Saturday, Aug. 13.

With the General Municipal Election for seats on the San Juan Capistrano City Council getting closer each day, the field of candidates has become clearer.

As of Friday, Aug. 12, three individuals—Paul Lopez and Councilmembers John Taylor and Troy Bourne—have been certified to run in the election for Nov. 8, when three seats for districts 2, 3 and 4 are up for election.

Lopez, John Campbell and Cody Martin have announced their intentions to run for District 3, currently held by Mayor Derek Reeve—who has said he will not be running for reelection.

The deadline for candidates to run in District 3 is Wednesday, Aug.17. Martin and Campbell will reportedly be filling next week before deadline, according to City Clerk Maria Morris. Lopez filed to run on Aug. 4.

Reeve announced during a City Council meeting on Aug. 2 that he would not be running again since he felt he and others accomplished their goal of making San Juan Capistrano a better place after 12 years on the dais.

Martin—who currently serves on the city’s Parks, Equestrian and Community Services Commission—previously ran in 2018 and spoke about his intentions for a second go in an interview with The Capistrano Dispatch.

“I’d really like to emphasize we take care of our parks. I’d like to see a skateboard park get built…for our youth and for the average Joe,” Martin said. “I think we’ve done a pretty good job on Parks and Rec keeping our open space nice, responsible development and whatnot.”

Martin’s other emphasis is on keeping “small-town vibes” with San Juan Capistrano and ensuring “responsible development that fits with the community that we can get consensus with the general public.”

“It’s very important to protect the city, protect the Mission, keep Los Rios Street Los Rios Street, get the traffic under control,” Martin said. “We have too many Irvines and Santa Anas. I’m not saying that’s a bad thing, and those cities serve their place, but people love this town for a reason.”

During a campaign talk at a recent Coffee Chat discussion, Campbell said he has been in San Juan for 16 years and observing city politics for a long time.

Campbell said he likes the stability of the current City Council, respects councilmembers and wouldn’t consider running if Reeve was up for re-election. The City Council is a place to make decisions for the citizens and he would serve with integrity if elected, Campbell said.

Lopez is currently on the city’s Cultural Heritage Commission. During his campaign talk at Coffee Chat, Lopez said he was taught the importance of serving the community and helping other people from a young age.

Lopez works as an attorney for a nonprofit that provides mental health services to low-income and underserved communities in Southern California. Lopez said he is running for the City Council because he loves San Juan Capistrano.

The only candidates running so far in Districts 2 and 4 are incumbents Taylor and Troy Bourne. The deadline for candidates in those districts is Friday, Aug. 12, by 4:30 p.m. Bourne filed Friday and was certified afterwards.

Taylor, who filed on Aug. 9, is running for his second consecutive term after previously sitting on the council from 2010 to 2014 and lives in the Los Rios Historic District. Bourne is currently in his first term and a developer who helped helm Reata Glen, a retirement community in Rancho Mission Viejo.