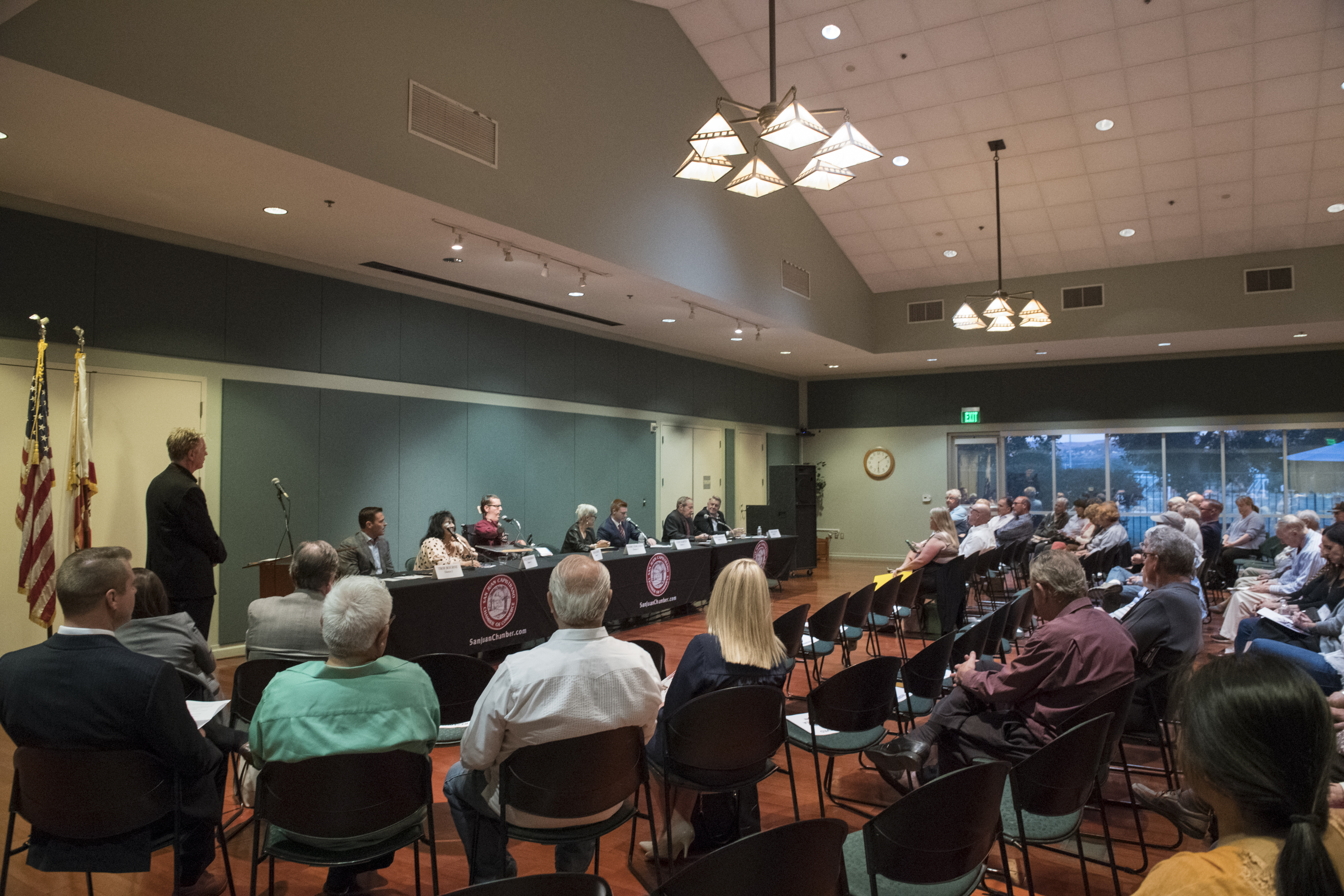 Seven of 10 candidates for three seats on the San Juan Capistrano City Council shared their views at an Oct. 18 forum hosted by the Chamber of Commerce.

About 100 people attended at the Community Center. Among the topics was what each candidate would do to generate new business for San Juan. 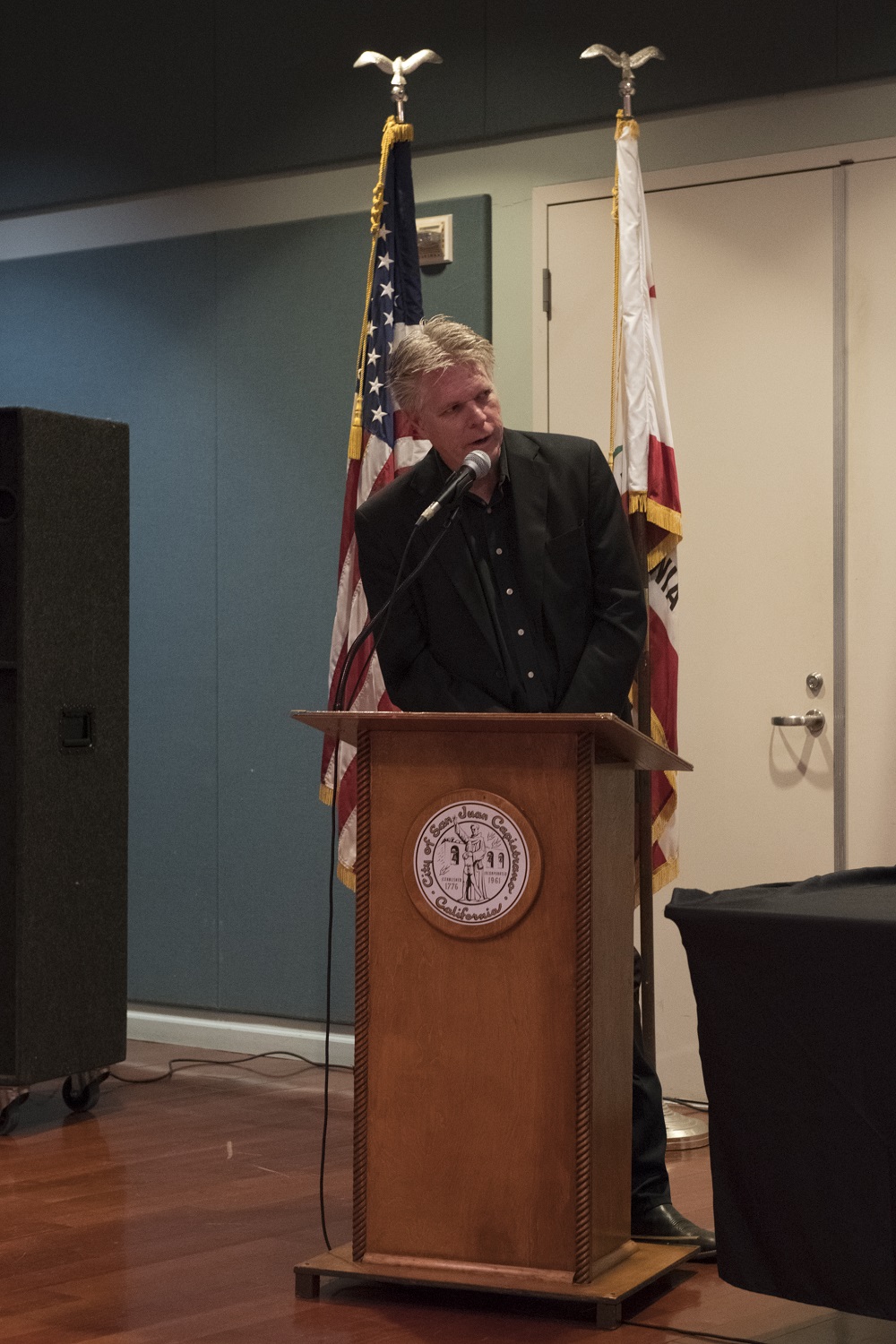 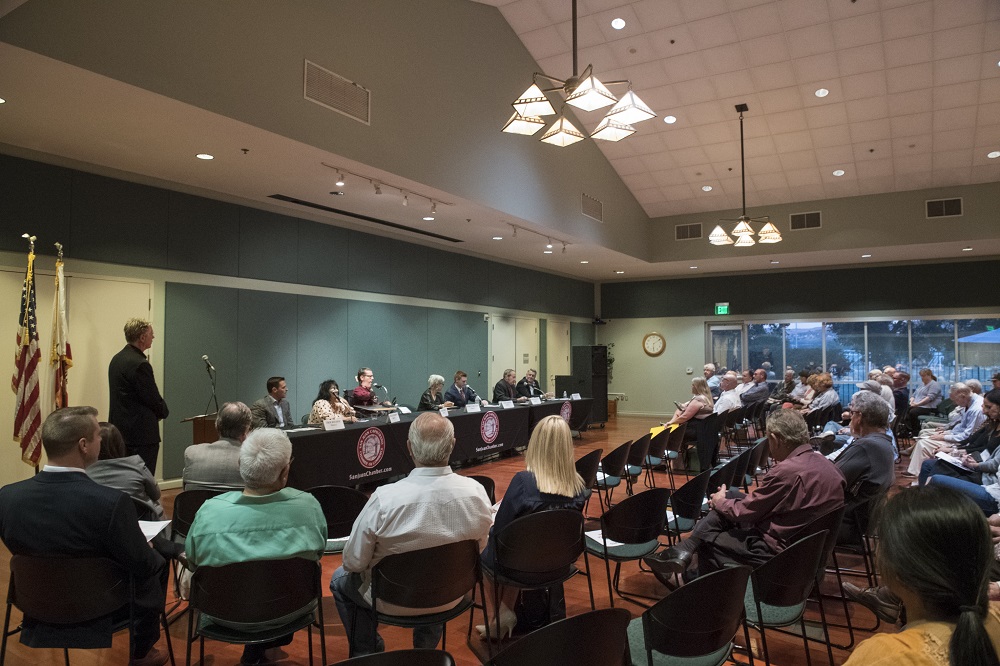 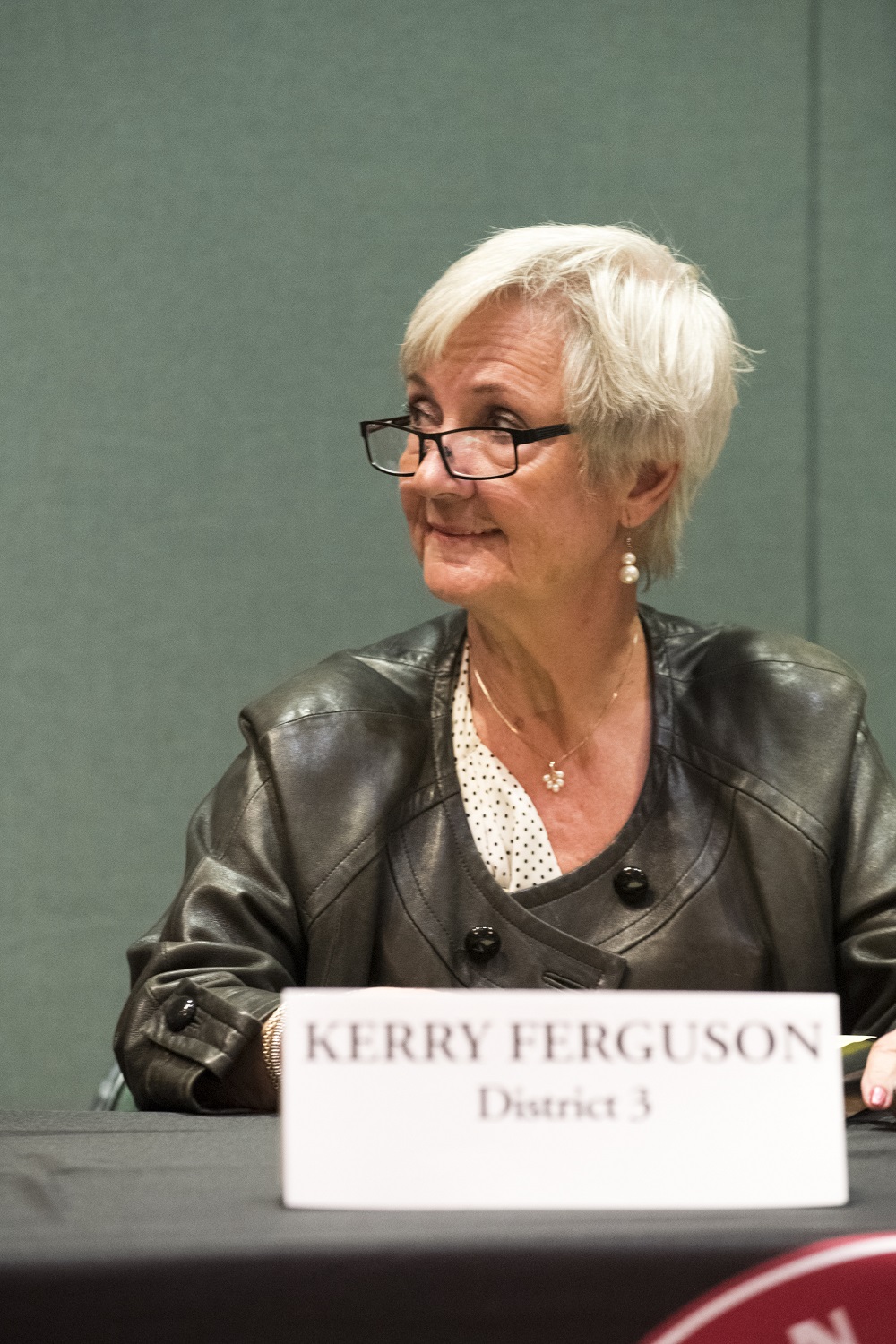 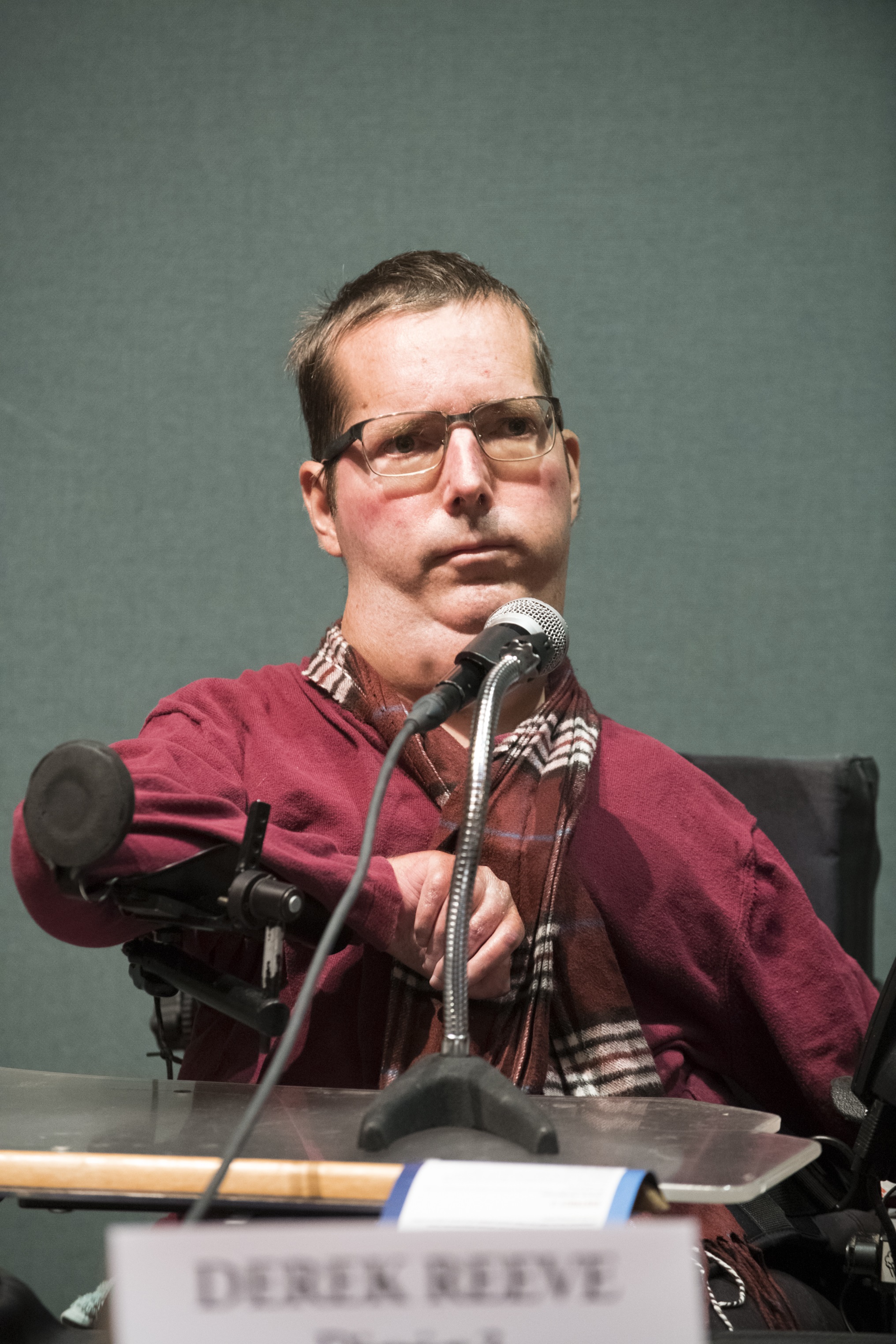 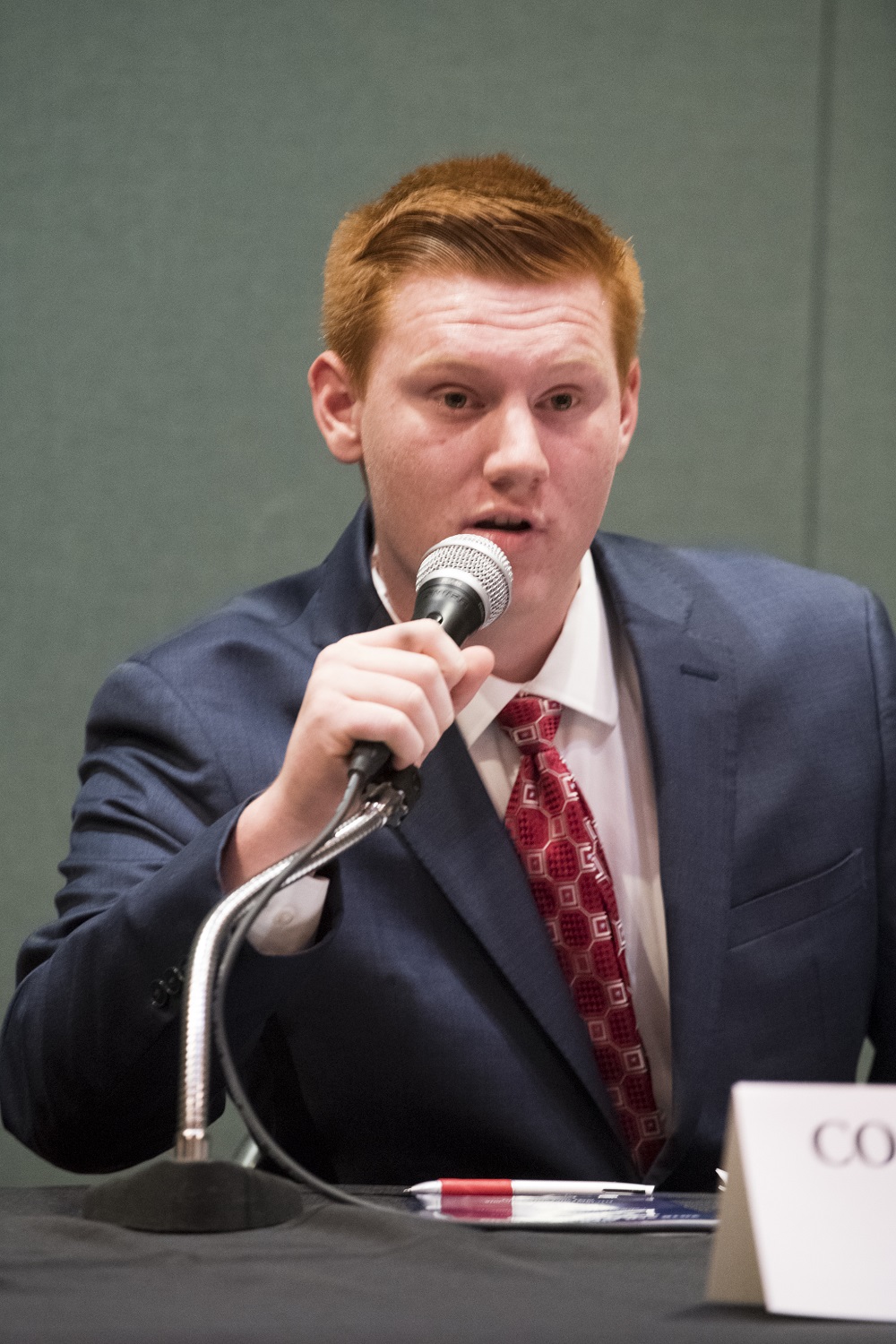 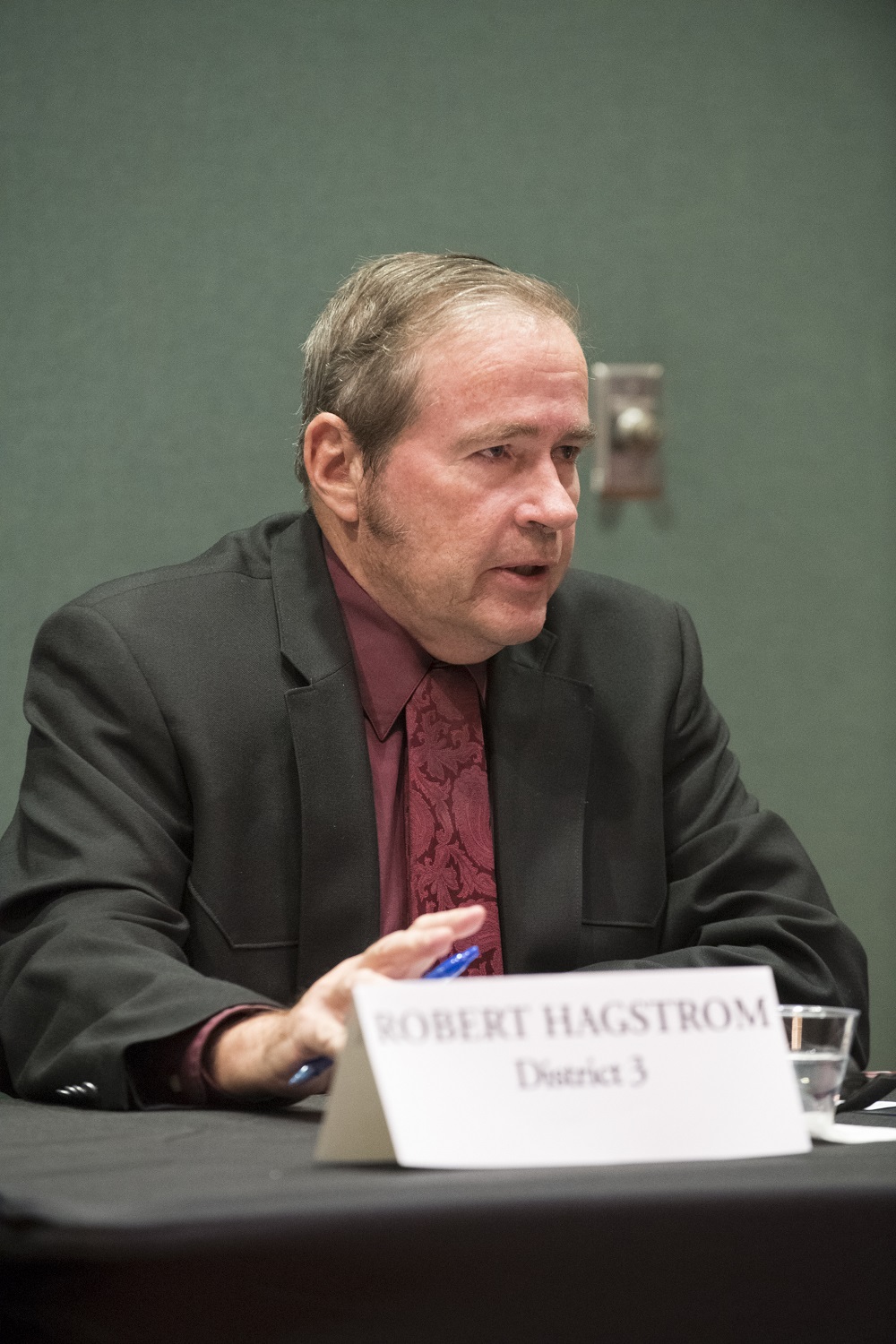 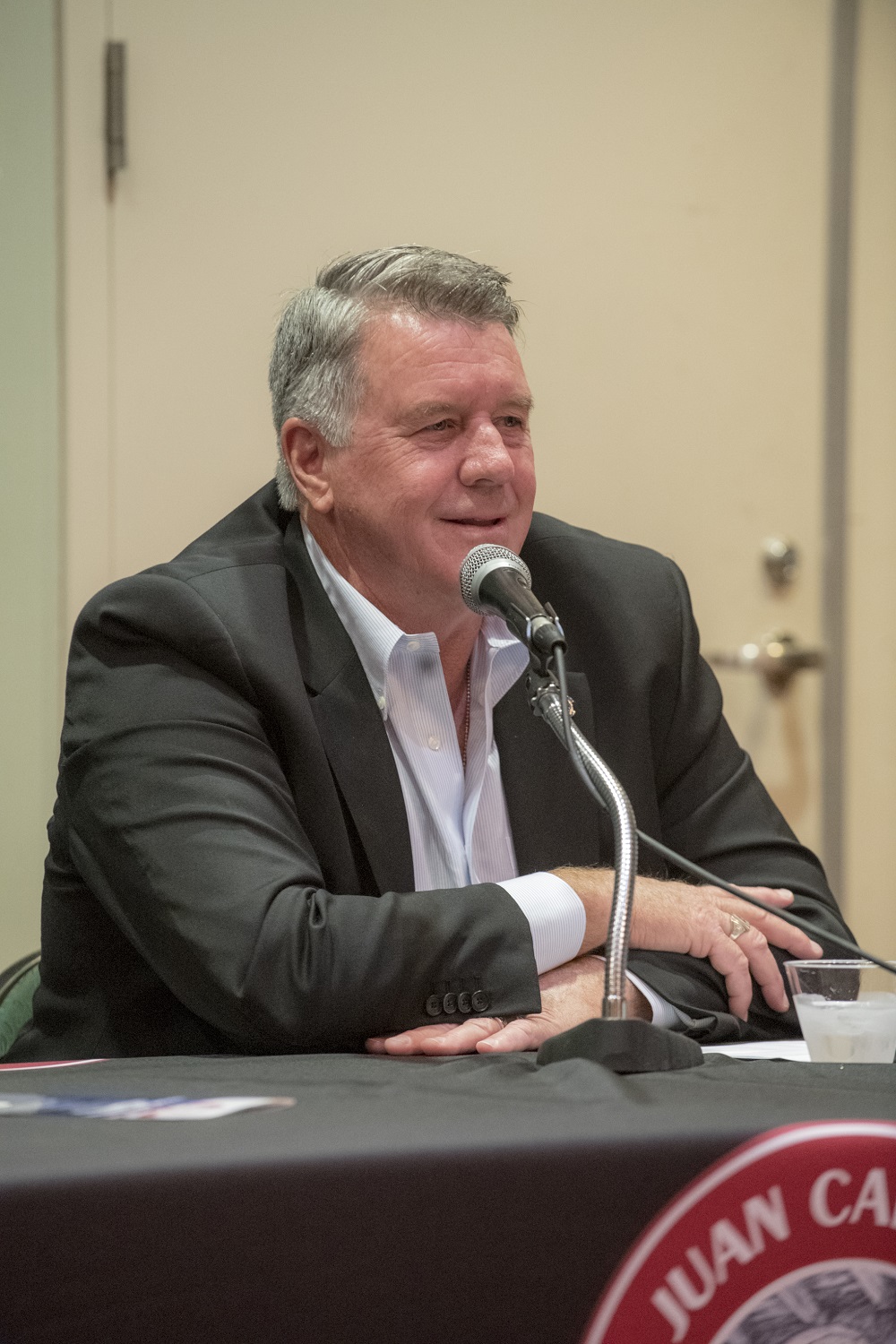 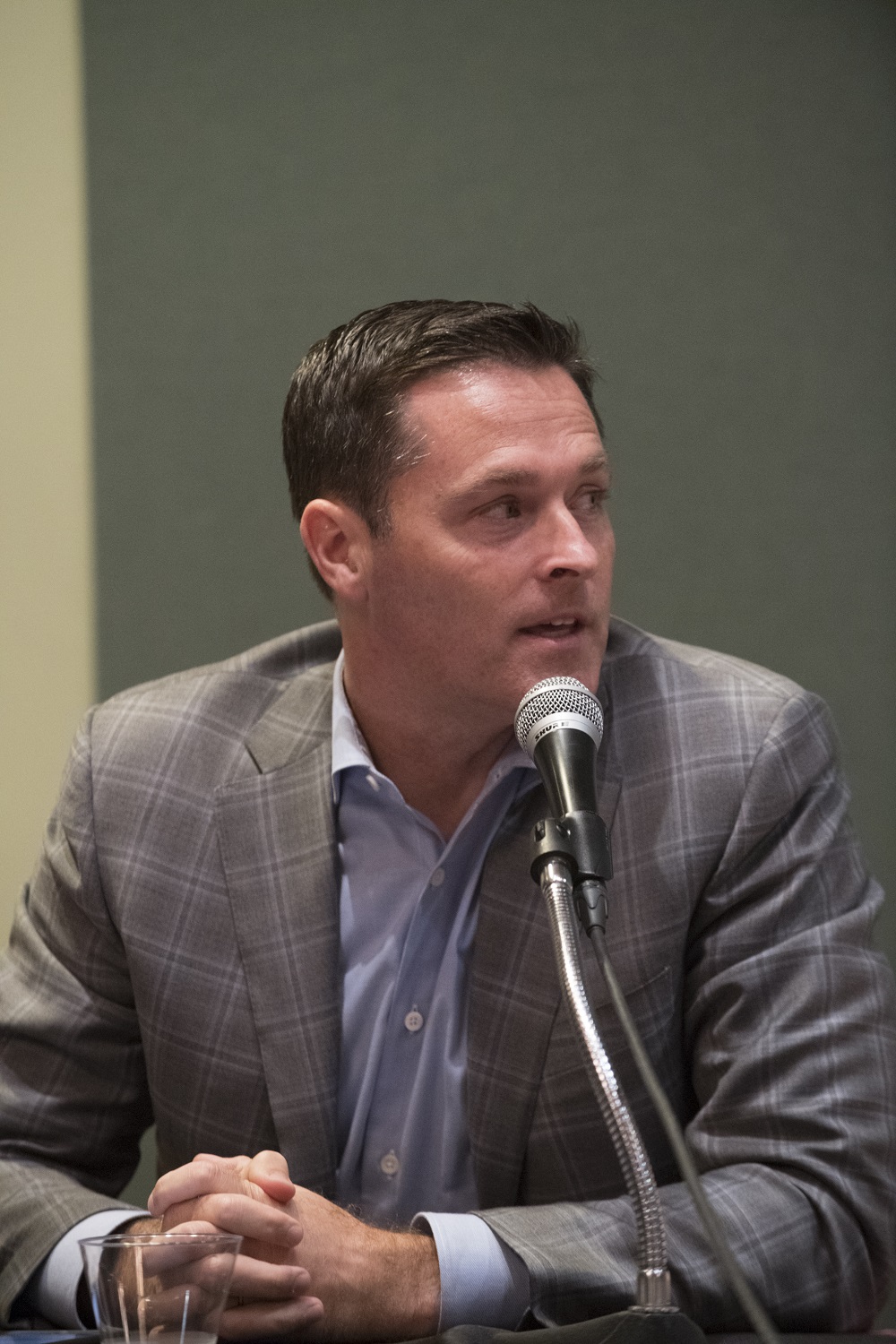 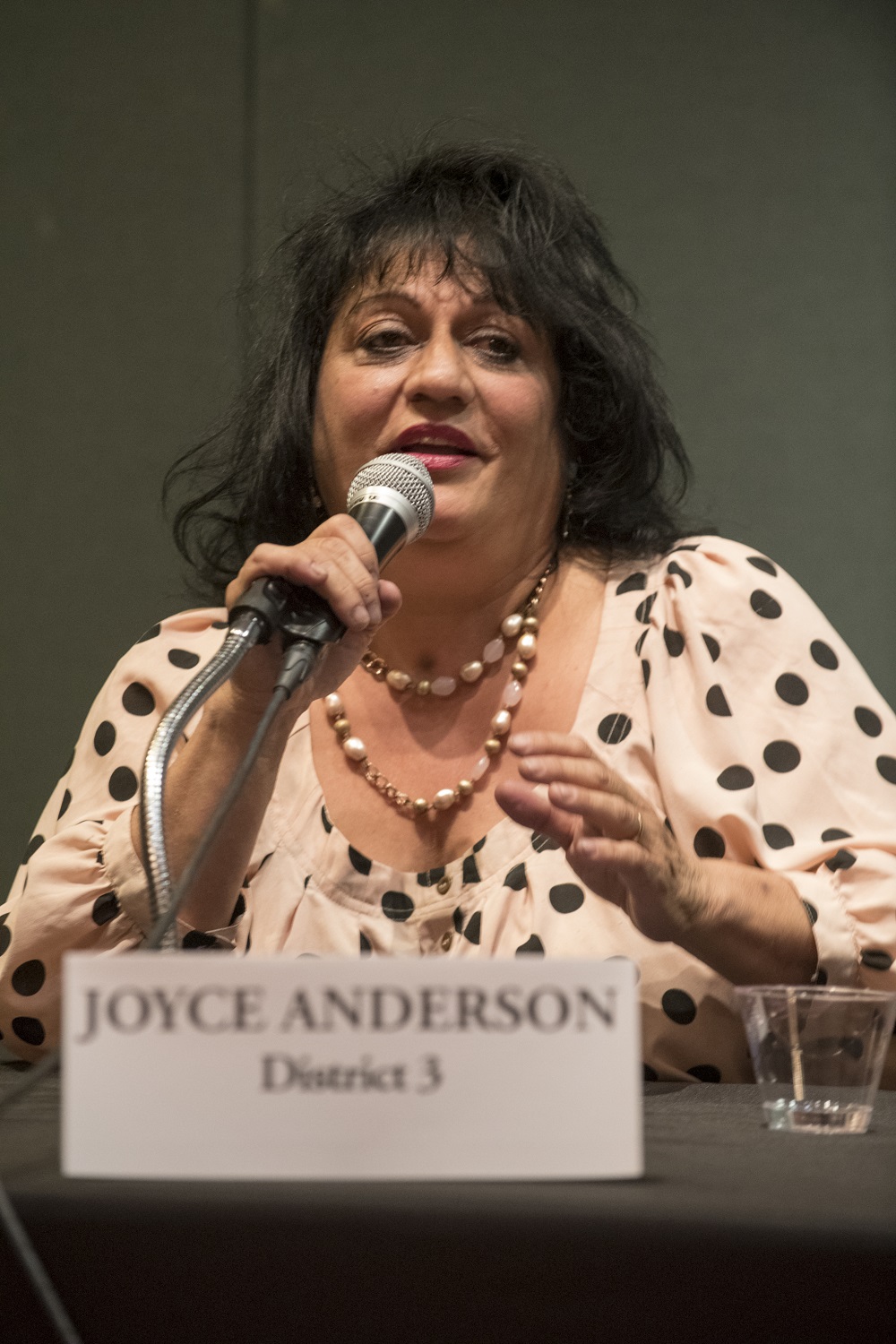 Troy Bourne said it’s important to show the business community that projects can win approval. He said that when his company tried to bring business to town, “a mentor of mine who has a lot more years’ experience here than me said, ‘Troy, that’s a great idea, but San Juan Capistrano is where good ideas go to die.’ As a resident of San Juan Capistrano, that’s tragically sad.” He said the city needs to demonstrate balance, with successes at bringing projects to fruition.

John Taylor said one of the biggest impediments to bringing new business to San Juan is that permit applicants may have to spend millions of dollars just to get through the process; it can be an expensive gamble. “So instead, they will go into San Clemente . . . or to Laguna Niguel,” he said. “We have to be business-friendly. We do have a difference, though. We are a historic town, so it has to be a delicate balance that has to be looked at in every single case.”

Robert Hagstrom said “what we need to do is stop the lawsuits, and we’ve got to get the City Council to combine the codes for building in downtown San Juan so that the lawyers don’t use the two conflicting codes to file lawsuits against the city and stop all the progress.” He said it is the council’s fault that there are conflicting codes and the council’s fault lawyers can use it against the city. He said the city must build a good environment for businesses to come to town.

Joyce Anderson said the city manager provided her a list of 12 properties seeking permits to develop. She mentioned River Street Marketplace as an example. “There are a lot of developments,” she said. “I, on City Council, would look at each one individually and see how they could bring the most money to our city and still keep the historical feeling of San Juan Capistrano. There are people looking for permits for everything. We need to look at all of that.”

Derek Reeve said capitalism works well if government butts out, giving businesses an opportunity do what they do best—bring in money, jobs and services for residents. “When I was on the council the first four years,” he said, “I worked with councilmember John Taylor, and we were reducing regulations. We still have a design review process that worked, but we got rid of that extra bureaucracy.” He said the Historic Town Center Master Plan needs flexibility.

Kerry Ferguson said that to attract business, the city needs predictability. “If that takes putting two codes together, that’s one thing,” she said. “If it takes reviewing, then that’s what it takes. The second thing has to do with the delicate balance . . . between keeping the small village atmosphere and feel to our town, and not letting things get out of hand.” She said some people think that maintaining a relationship with developers is bad, but it can benefit both parties.

Cody Martin said every project deserves a fair process while protecting San Juan’s history and completing impact studies before the City Council decides. “We cannot say yes or no to a development too early,” he said. “Looking at new business opportunities, we need to work with the community to see what they want. If I am elected to the City Council, I will always get consensus and make sure it’s something that the community does want and works well.”

View a full video of the forum below: