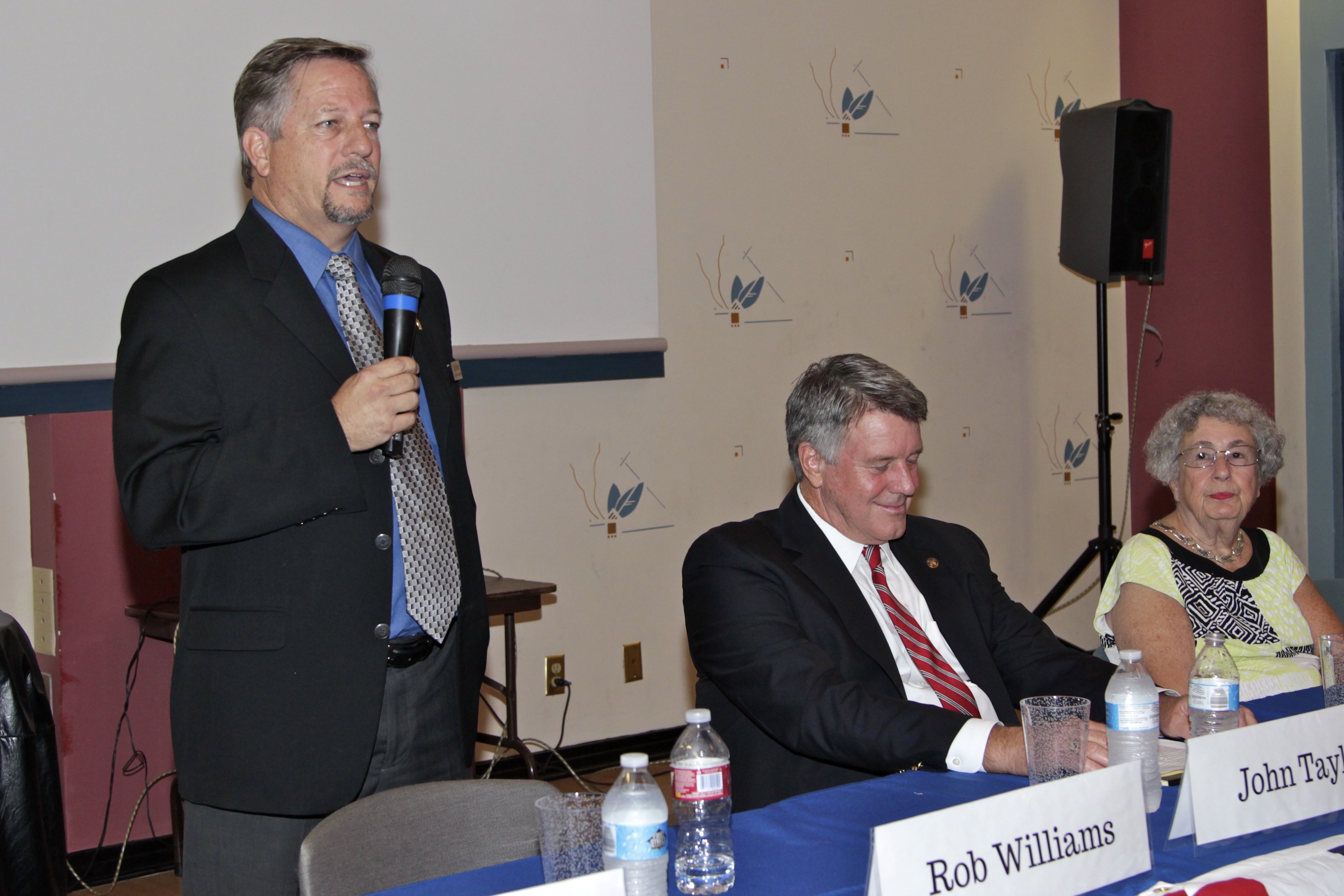 Incumbents account for half of election funds raised, 60 percent of donors

The eight candidates for San Juan Capistrano City Council have jointly raised a near $95,000 in campaign contributions with the ticket’s two incumbents accounting for half the donations, according to campaign finance records provided by the city clerk’s office.

Councilmen John Taylor and Larry Kramer received a collective $52,532 in donations—or $29,904 and $22,628, respectively. Taylor had 93 contributors, both individuals and businesses, while Kramer had 74.

Following the highest-donated-to candidate is insurance broker Stephanie Frisch, who had raised $16,655 from 49 donors at the filing period’s close on Sept. 30. Jan Siegel, a community volunteer, followed with $10,165 for 31 donors; architect Robert Williams with $7,825 from 19; Pam Patterson, a lawyer, with $2,984 from nine; Councilman Derek Reeve, a lawyer, with $2,548 from five; and educator Kerry Ferguson with $720 from two contributors.

Candidates must disclose all donations of $100 or more. In San Juan Capistrano, individual campaign contributions are limited to $500—up from $250 in previous elections. The City Council voted unanimously in April to increase the maximum donation amount for the first time since 1992.

In addition to monetary contributions, candidates are also required to disclose any funds they loaned themselves, which amounted to $75,900 in this year’s election.

Since January, Ferguson has received $720 in monetary contributions—including one from James Reardon, a Capistrano Unified School District trustee, for $250. Reardon, a computer engineer, also contributed the same amount to Patterson’s campaign.

The only union donations this year were from the Association of Orange County Deputy Sheriffs. Councilmen Taylor and Kramer, along with Frisch, each received a $500 contribution.

Taylor was the recipient of $500 from Assemblywoman Diane Harkey, who is running for the state’s Board of Equalization. He also received donations from CR&R Incorporated, which contracts with many Orange County cities for trash and recycling, the California Real Estate PAC, Tuttle-Click Automotive Group and Orange Coast Jeep. The PAC and local businesses donated to Frisch and Kramer as well.

In addition to her $16,655 in monetary donations, Frisch received $500 in nonmonetary contributions from Evan Chaffee, a San Juan Capistrano Planning Commission member, for social media services.

Both Frisch and Siegel were recipients of $500 from Joshua Host, developer of the proposed downtown Urban Village hotel and residences. Host’s wife, Michelle, also contributed $500 to Frisch. The two also received $250 from Friends of Sam Allevato City Council 2012 each.

Each of the eight candidates, vying for three seats on the council, also itemized their expenses for filing and ballot fees, campaign literature, print ads, office expenses, campaign consultants and more.

Residents will take to the polls Tuesday, Nov. 4 to vote in the General Election. According to the Orange County Registrar of Voters, San Juan Capistrano has just over 17,000 active voters.

In order to vote in the upcoming election, registration must be postmarked or submitted electronically by Monday, Oct. 20. Register to vote at www.ocvote.com.